A postcard from New England

Happy National Clam Chowder Day! We thought it was a great day to share this postcard we received last summer from some of Steve’s college friends from Lawrence University.

In doing a little research about clam chowder, we found that according to Savoring Gotham: A Food Lovers Companion to New York City, it is believed that the New England style of chowder was introduced to the region by French, Nova Scotian, or British settlers and became a common dish in the area by the 1700s. The soup continued to gain popularity throughout the years and, according to What’s Cooking America, was being served in Boston at Ye Olde Union Oyster House (the oldest continuously operating restaurant in the country) by 1836. 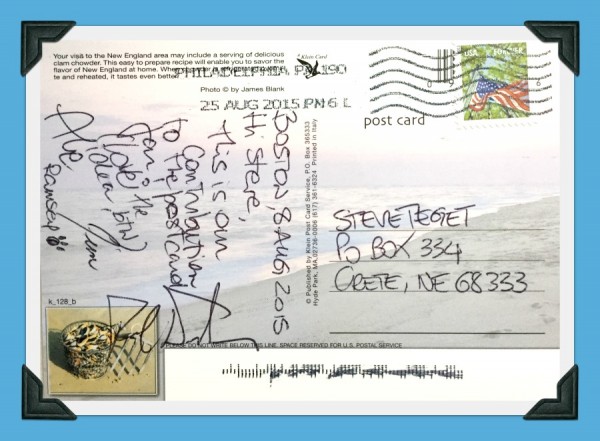 In case you’re in mood for some clam chowder for supper tonight, below is the recipe included on the postcard.

*For richer chowder use light cream or half and half and top with a pat of butter.