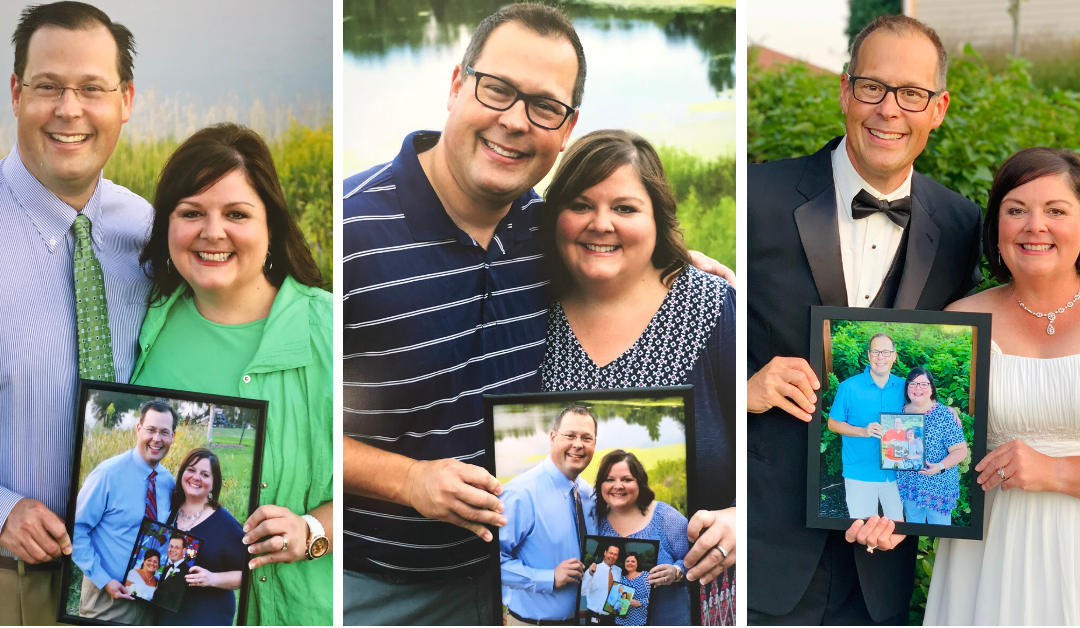 Every year since we’ve been married, we’ve taken a picture of ourselves holding the photo we took the previous year. We wind up with kind of a tunnel where we can look back at the course of our marriage. Each year carries with it a story of joy or sorrow, sickness or health, and more. No matter what, we cherish every year and the tie that binds us together in love.

We got married at Westminster Presbyterian Church in Lincoln, Neb. Because we had an eight-week engagement there were no churches, reception venues, or photographers available for an evening wedding on the last Saturday before Husker football started. So, Ann had a great idea to get married in the morning. It turns out, that was a perfect time of day for us because we had a full day to celebrate and Steve got to have bacon at the reception. 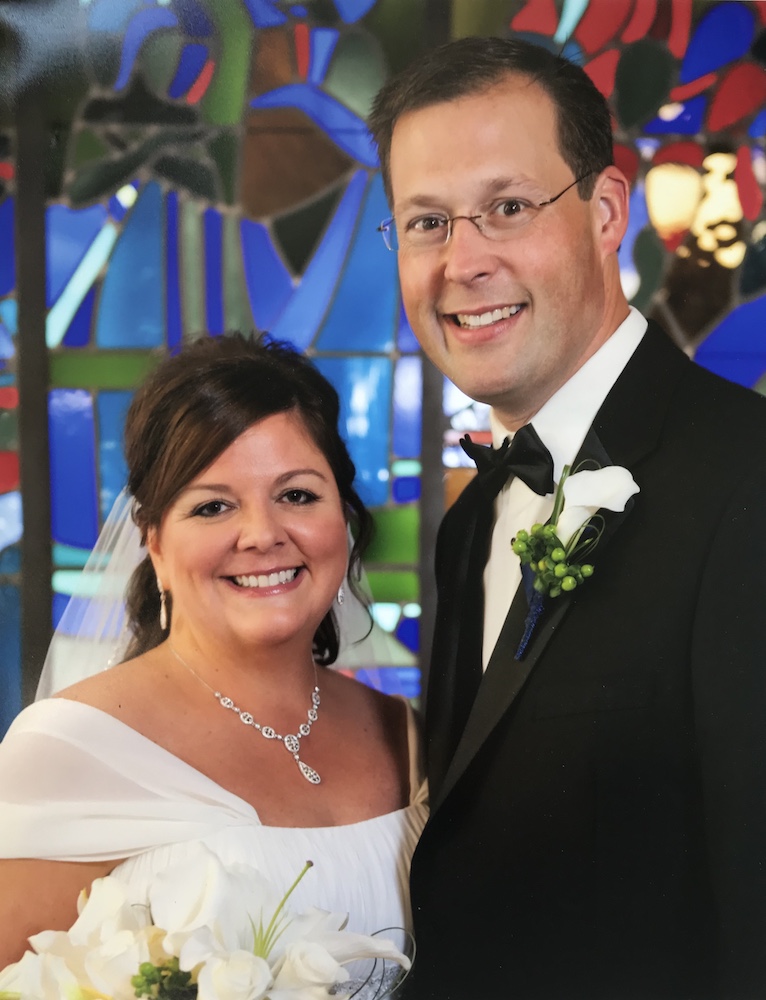 Dressed for work, one year in! Steve was a middle school principal and Ann was VP of Communications for Time Warner Cable. We both were up and out of the house most mornings before 7:30 a.m., so we took a picture after work that day in our back yard. 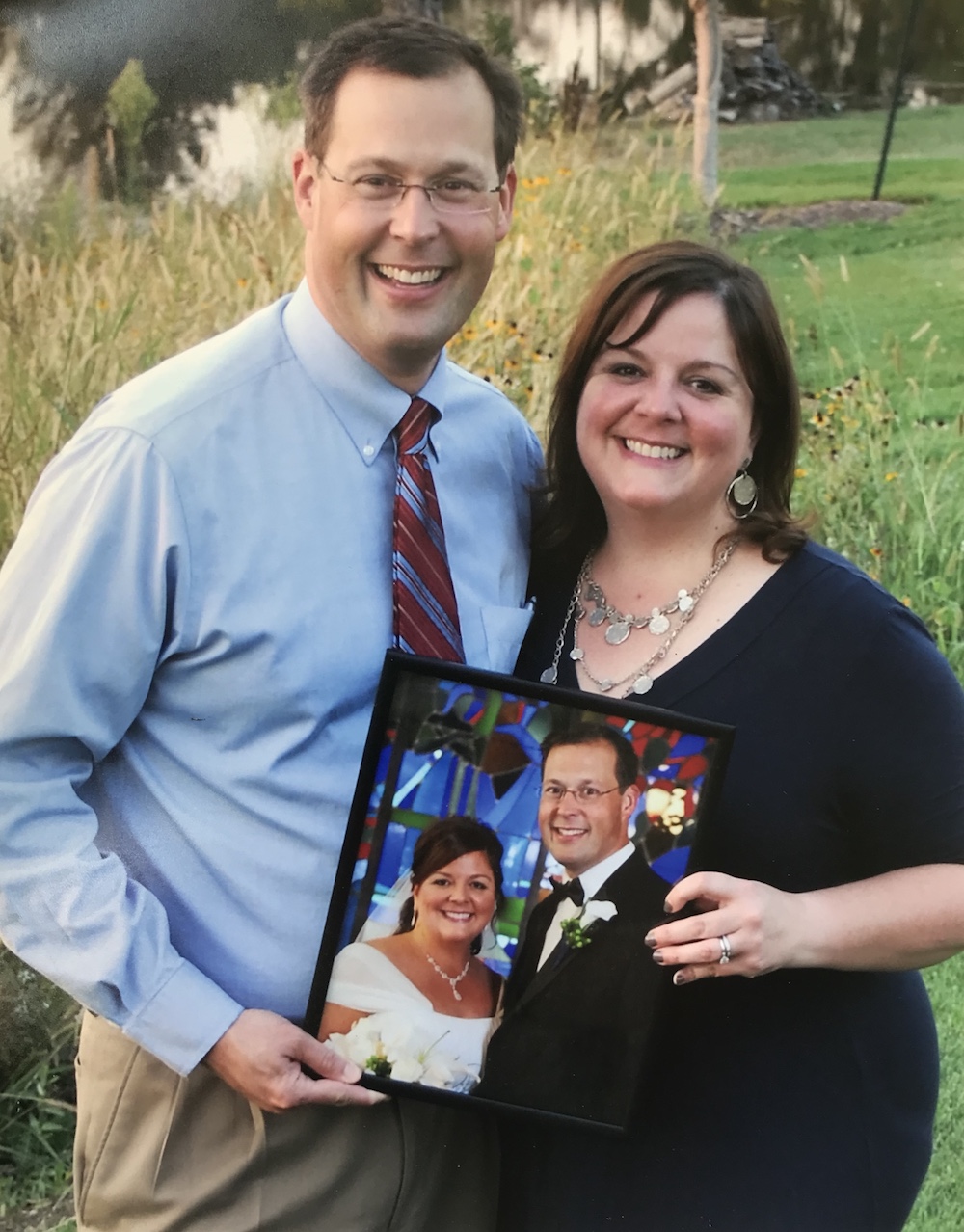 Looking at this picture, Ann always says, “I loved that green jacket.” Steve just thinks he needed a haircut. 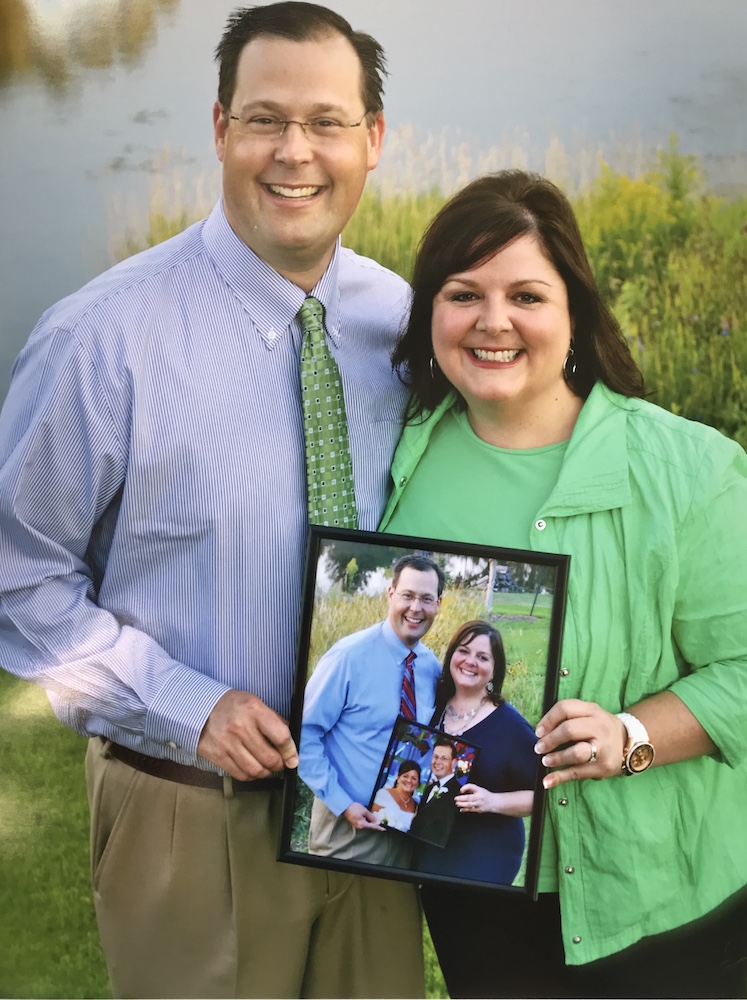 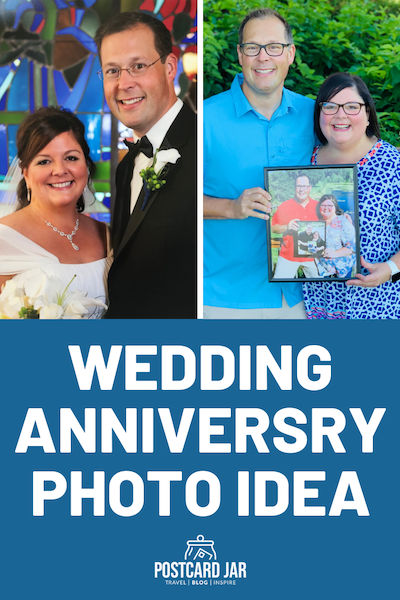 It was raining on Aug. 27, 2014, but we decided to roll with it and grabbed and umbrella and a willing neighbor to take our photo before we headed to work. 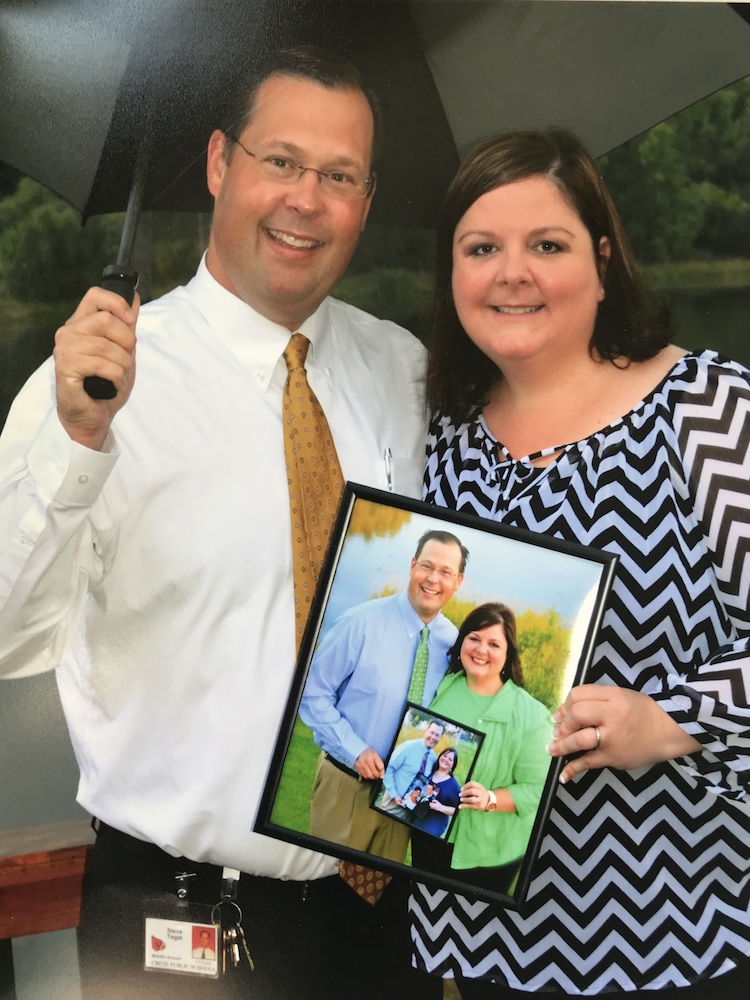 Ann was very sick on our fourth anniversary, recovering from several surgeries and very fatigued. She just got out of bed just long enough to take a picture for our wedding anniversary photo idea and then rested most of the day. 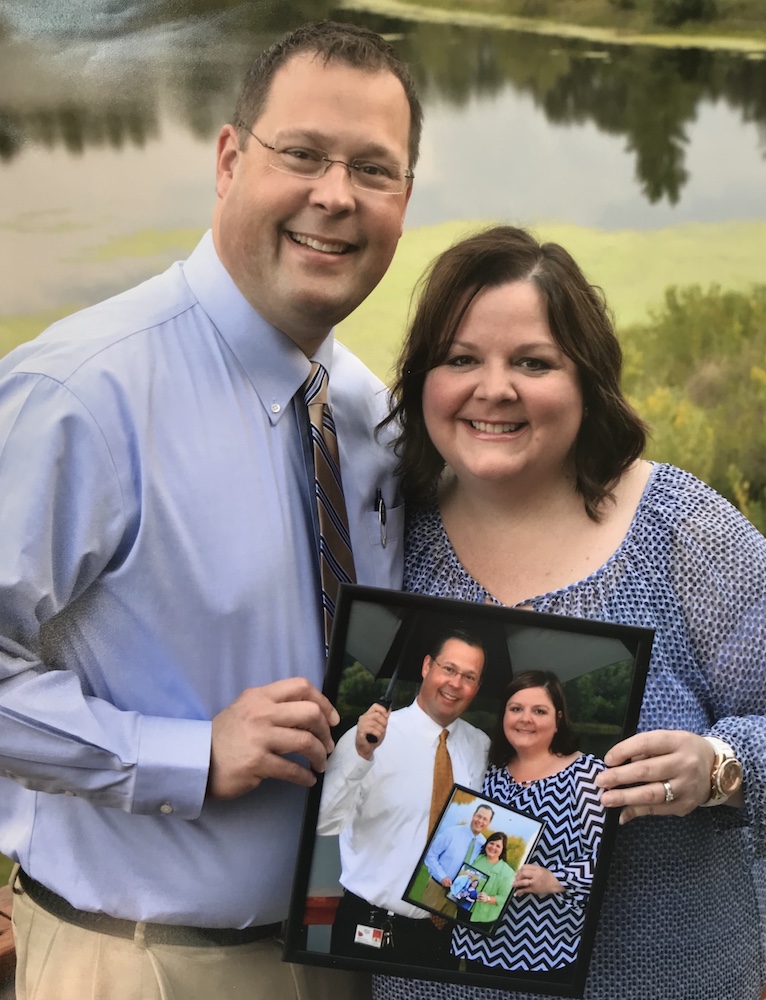 This year our anniversary fell on a Saturday, so no tie for Steve! You can take a look back at our first five years of marriage in a blog post wrote about Our Journey of a Lifetime. 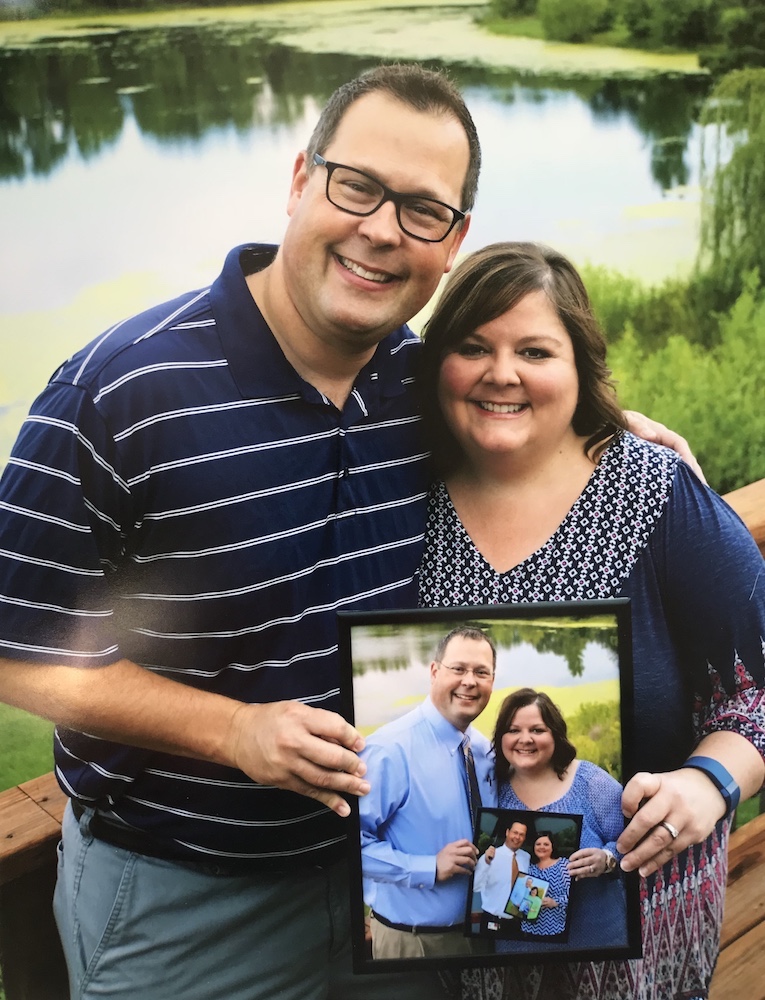 And this is the year Steve left his job to focus more on the blog, so no tie, again! Life was full of adventures that year as we traveled abroad and were introduced to Pawhuska, Okla., for the first time. 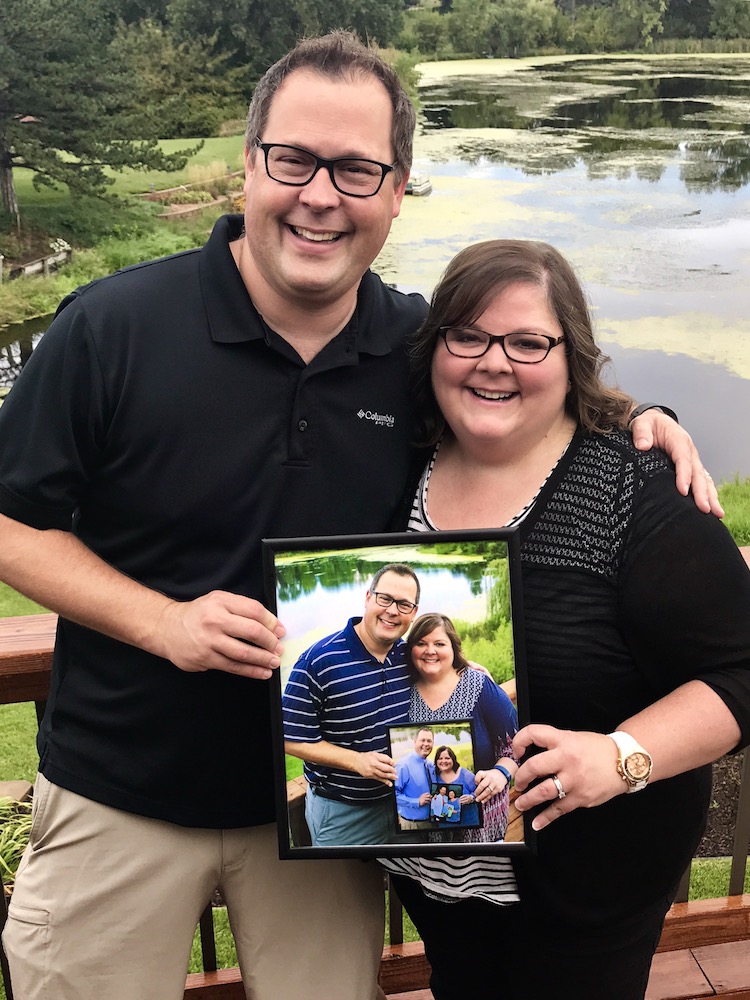 As you can see, the sun was a little bright in our eyes this year. Also, ignore Steve’s legs. He had to get lower to be in the frame with Ann. This is, by far, the worst anniversary photo we’ve ever taken. The worst. 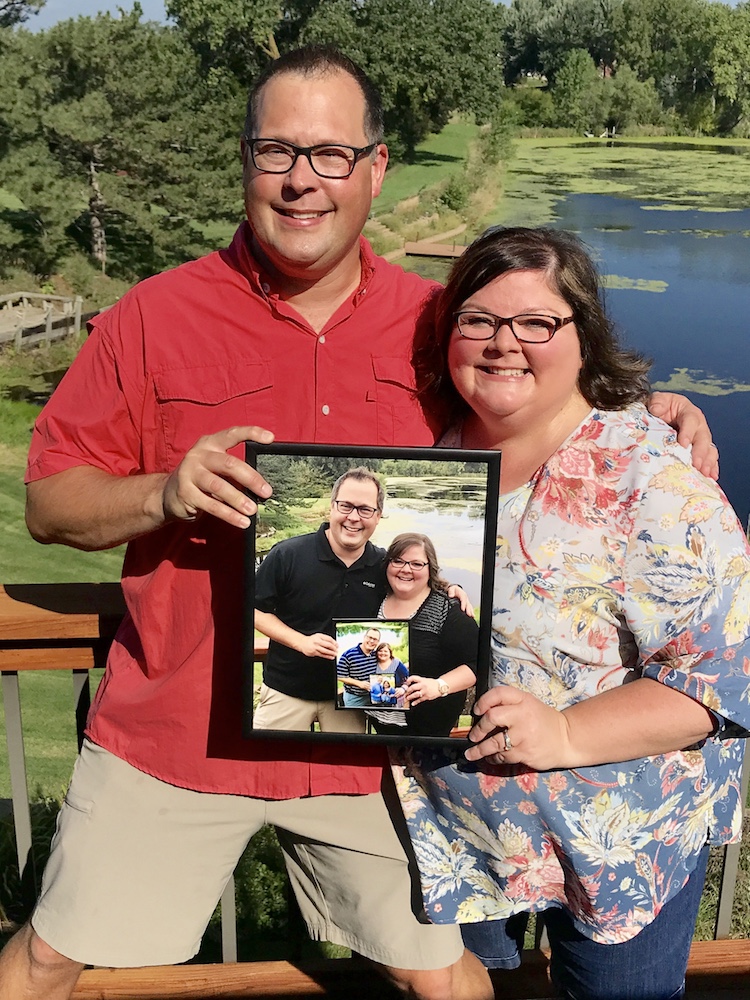 2019 was the year we embarked on our healthy living journey. By our anniversary in August we were both down more than 50 pounds and feeling better. 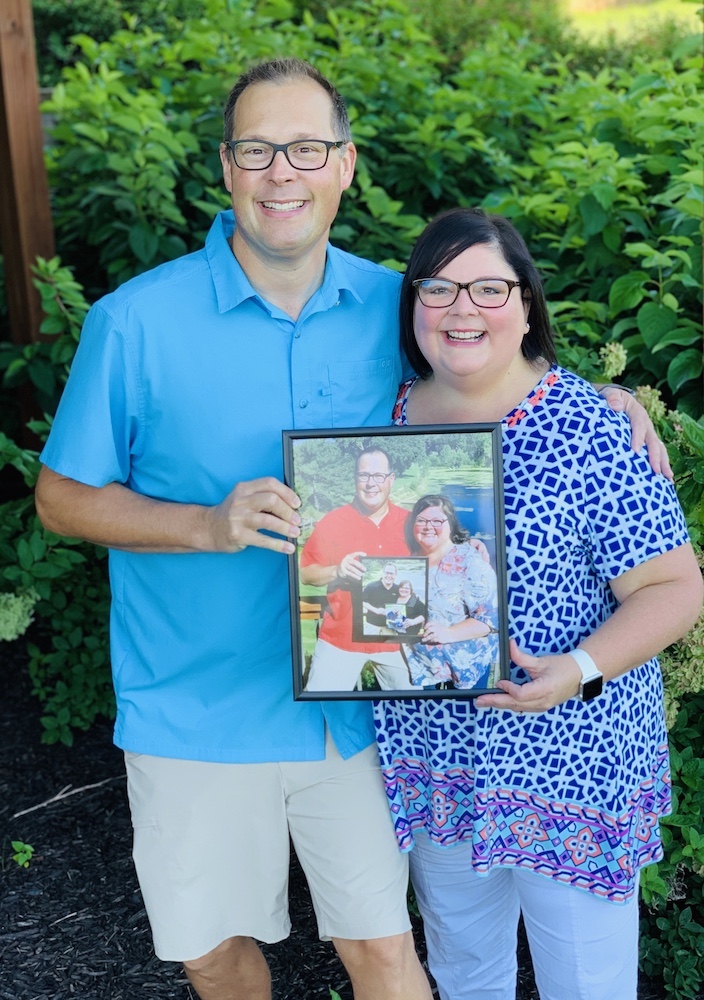 Yes, the weight loss thing worked! This year, for the first time since our wedding, we both fit into our wedding attire. It was fun to take a fancy stroll down memory lane. 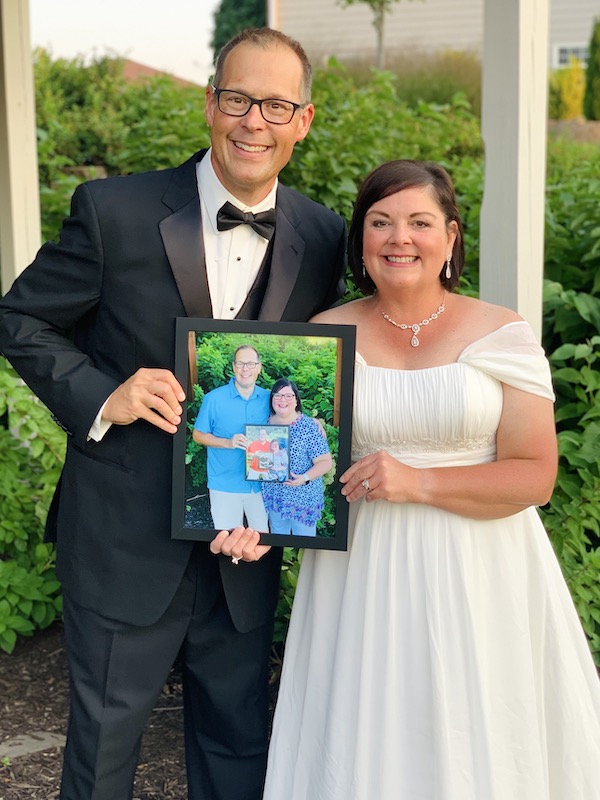 When we were married, our pastor made us both memorize our vows. He insisted because we were making big promises to each other and he wanted us to remember them for the rest of our lives. So, on our 10th anniversary, we returned to the church for our photo. We also took a moment to pray together and then to repeat our vows to each other in the same place we’d said them ten years before. 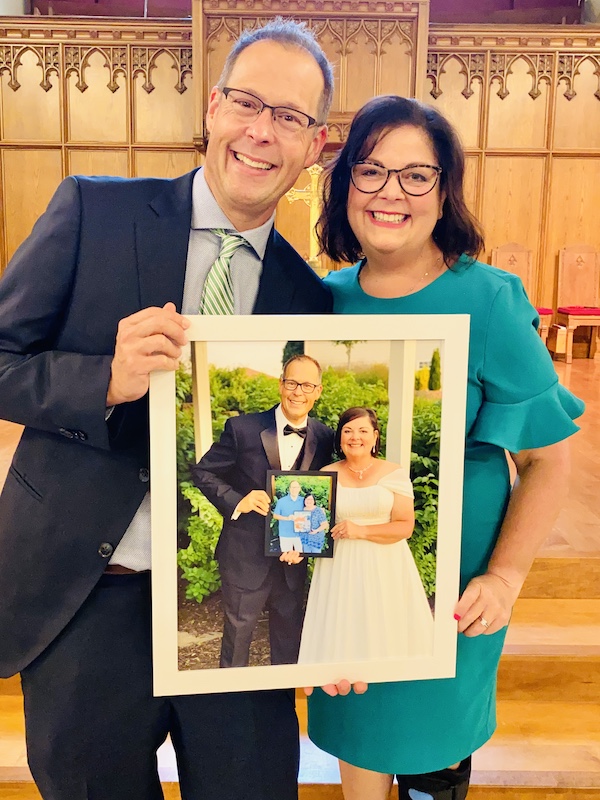 For our 11th anniversary photo, we returned to our backyard in Crete. We came home to this house together for the first time the day after our wedding, and we have made many wonderful memories here in over the past 11 years. 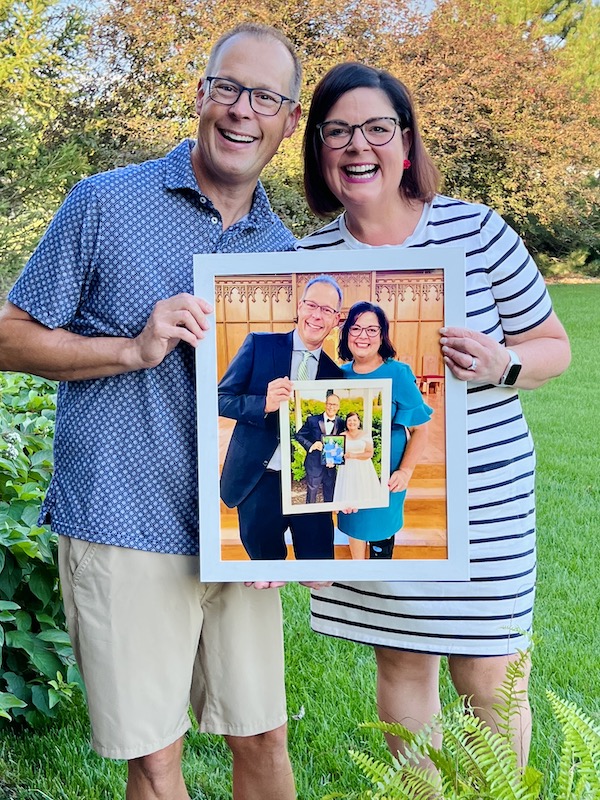 Do you have any special traditions to celebrate your wedding anniversary? Let us know in the comments below.