We brought our moms to Pawhuska!

That’s right. It’s only been a few weeks since we were in Pawhuska, Oklahoma, to judge the National Indian Taco Championships, but we’re back in town, this time with our moms, Carol Johnstone and Gayle Teget.

Having been to Pawhuska twice already this year, we got the sense that they were also anxious to see The Pioneer Woman Ree Drummond’s hometown and visit her Mercantile.

So, we loaded up the car yesterday and drove from our home in Nebraska back to our new favorite small town. We arrived yesterday afternoon, made a quick stop at Handy’s for a fountain pop, shopped at the Mercantile and had dinner there, as well.

Mom and Gayle even got to meet Ladd Drummond at the restaurant. 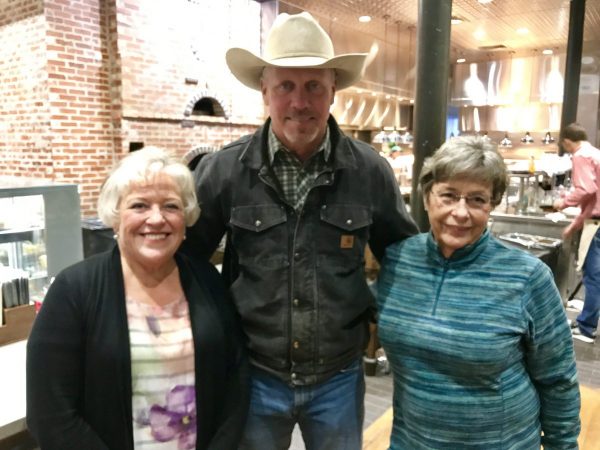 We’re going back to the Mercantile for their awesome coffee (and breakfast) this morning before touring the Drummond Lodge where they shoot Ree’s Pioneer Woman show for Food Network.

Then, mom and Gayle are going on the Roaming the Osage tours and we’re going to see more of the shops and sites in and around Pawhuska. So excited to this mother/daughter, mother/son adventure.