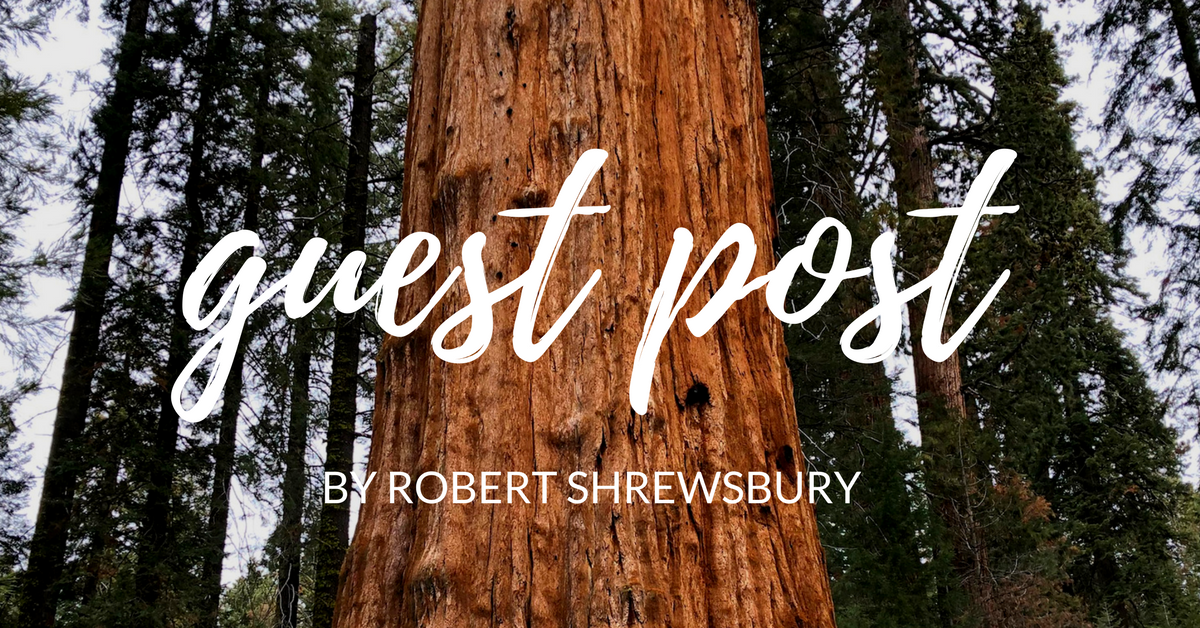 [well]This is a guest post, written by Ann’s younger brother, Robert Shrewsbury. Robb and his family live in Minneapolis, Minnesota.[/well]

On a recent business trip to Fresno, California, I had a meeting canceled and found myself with some extra time. I discovered that Sequoia National Park was about an hour away so I took the rest of the day off and headed out to explore. I didn’t know it yet but my final destination was the General Sherman Sequoia tree. I read that it was the largest living tree on the planet and figured it was worth a look. And it was.

The park is beautiful, filled with vistas of snow covered mountains, enormous boulders and rushing rivers. Take it slowly.  The road back to the Giant Forest, home of many awe-inspiring sequoias, is slow and filled with switchbacks and steep drop offs. Don’t fret, you can’t help but go slowly, rarely going faster than 25 mile per hour in your car. There are plenty of pull-off areas if someone is in a hurry and following a little too close.

About 40 minutes from the gates you come into the Giant Forest and shortly after the parking area for the Sherman Tree. Take it even slower. The half-mile hike down to the tree on a paved wide path does not seem nearly as steep as the trek back up.  There are plenty of benches to rest on the way, so use them.  No sense killing yourself when there are so many nice views to take in.

When I got my first glimpse of the giant from a bench about half way down, it didn’t seem that impressive. It looked big, but I’d seen big trees before, mainly in the Costa Rican jungle. Once down to the bottom, you encounter a variety of other massive trees, larger than you have ever seen most likely. As you head towards Sherman Tree, you get the sense of its enormity.  Standing 275 feet tall (statue of liberty is 300 feet) and as wide as a school bus is long, you can’t help but be awestruck. 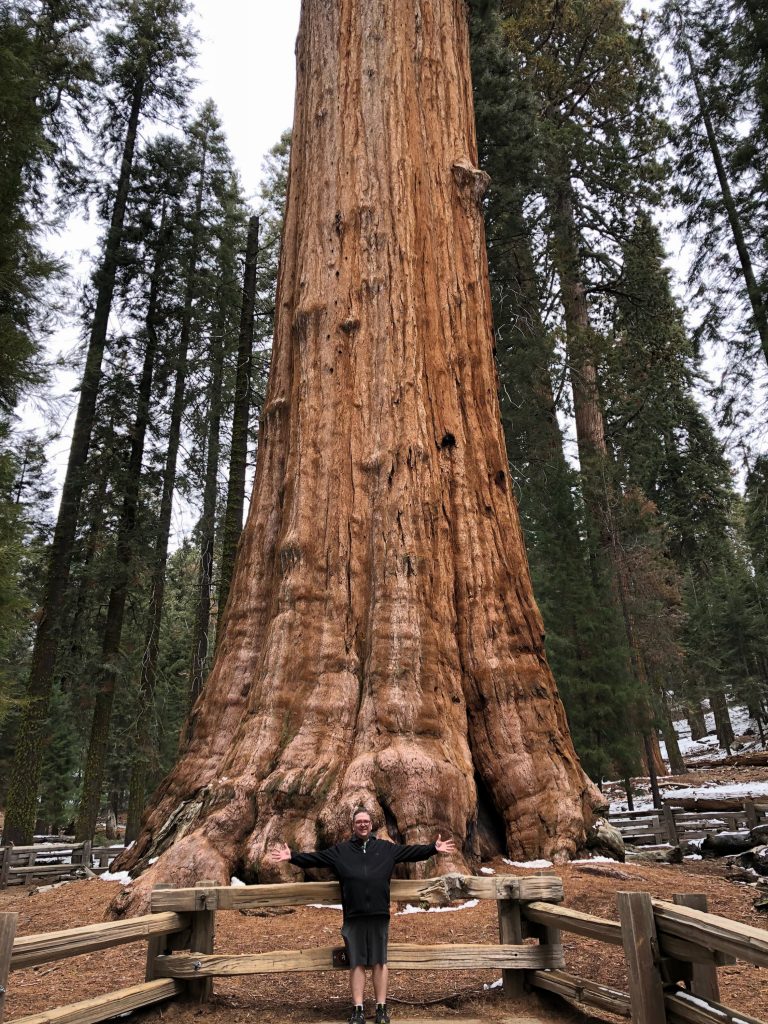 Ann’s brother, Robb, at the Sherman Tree in Sequoia National Park in California.

This tree is 2,200 years old.  It began it’s life  from a seed sprouted in the time when Socrates and Plato were walking the earth. It has survived to reach it’s current magnificence through drought, cold, flood, and fire. A truly amazing set of circumstances helped this tree become the largest on planet earth.

As I walked back (slowly) I was struck by the fact that someone had to have found this tree. This tree in the heart of the Sierra Nevada mountain range. Someone explored by foot, mule or horse this range. What were they looking for?  It is truly amazing the amount of exploration humans have undertaken. What’s next?  What magnificent thing have we yet to find?

As you drive back, if you can switch places with the passenger, as the road takes the driver’s full attention. I can’t imagine what I didn’t see driving on this perfect April day trip.

Unfortunately, I forgot to stop into any of the visitor centers to get a postcard for my sister.

PIN THIS FOR LATER 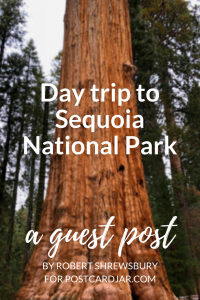