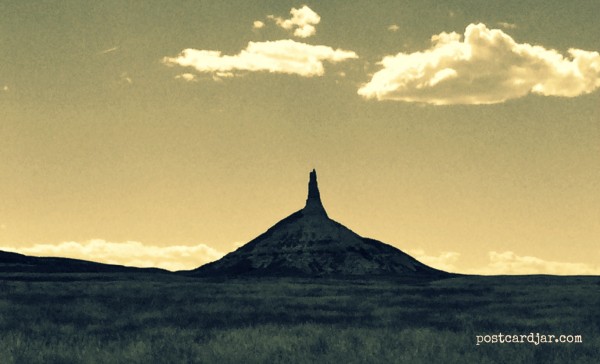 Any trip through western Nebraska should include a stop at Chimney Rock National Historic Site and the Scottsbluff National Monument in the Scottsbluff/Gering area.  I say this, because these are beautiful places with cool history.  These monuments are located along the Oregon Trail and were key landmarks for pioneers as they headed west seeking a better life.  Today, each has a modern visitors’ center (complete with restrooms) so you can learn the geologic history of the site.  We’ve combined them in this post because they are close to each other (in fact, you can see them from each other) and were geologically formed in the same way.  We include them at #7 on the “Nebraska’s Nicest” list because we loved the vistas, and we really enjoyed our visit.

At the Chimney Rock visitors’ center, we went through the museum, and then stepped out back to take in a view of the rock.  It is an incredible formation–I’ve never seen anything quite like it.  And that’s about all there is to do there.  Standing there, I felt kind of like Chevy Chase in “National Lampoon’s Vacation” when he looked at the Grand Canyon.  I looked at it, and then I’d seen it.  Still, it’s worth the stop…plus, in the museum you can learn lots of fun facts like the somewhat inappropriate name given the formation by Native Americans (Elk Penis) before any pioneers appeared on the horizon.  I guess those jokes work in all times, places and cultures–which I think is awesome though I’m not sure Ann agrees. 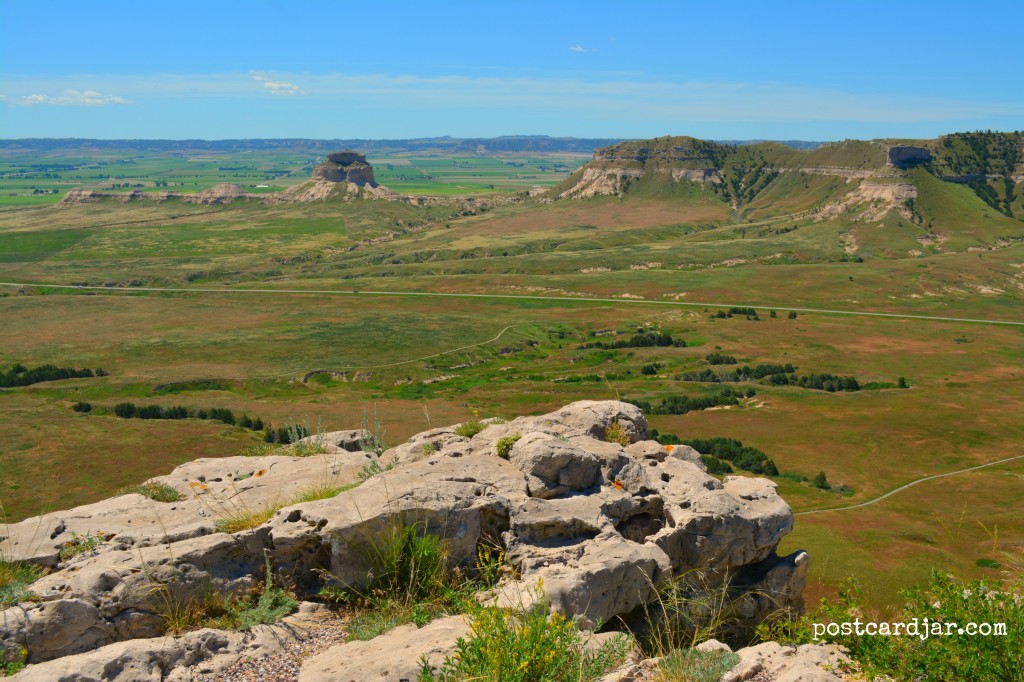 At the Scottsbluff Monument, we hurried to drive to the top so we could be in front of 4 massive RVs that pulled in right behind us. At the top, we had the place to ourselves and took some time to walk along the short path to take in a view looking off to the south and east.  It was an incredible view.  As I stood there, I could imagine a wagon train lumbering along the ground below–and no, I couldn’t even see the RVs at that point. 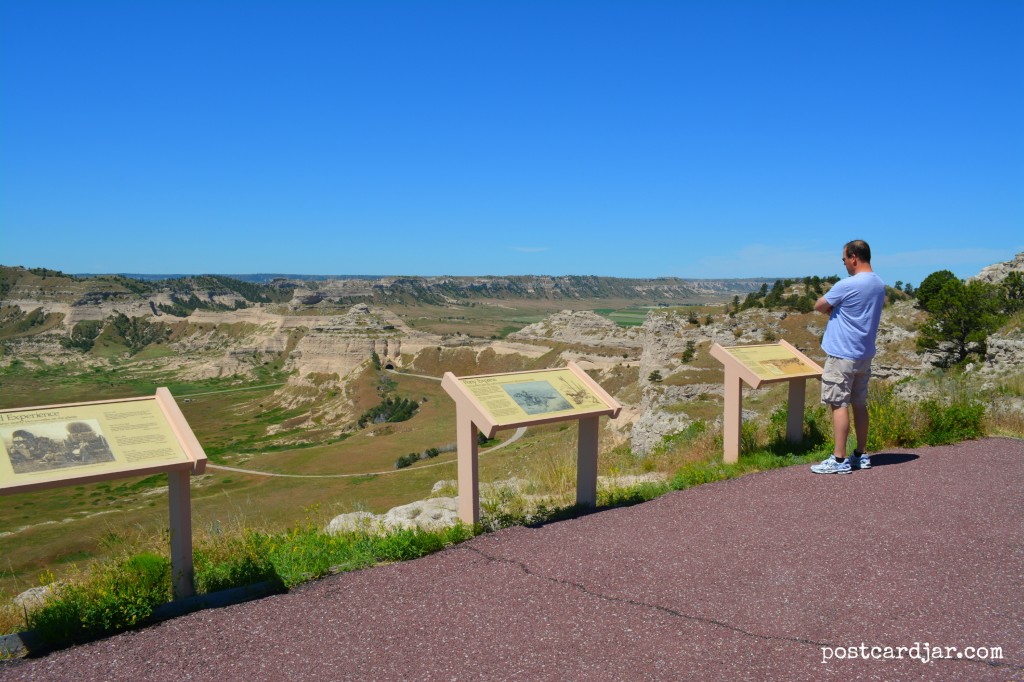 Both sites have a small admission charge.  At Scottsbluff monument you can do like we did and drive your car to the top and back down.   (There is NO shame in doing this.)  If you’re feeling more energetic, there is a hiking trail that leads to the top.  Workers told us that most folks plan on about 1.5 hours for the climb and 45 minutes for the descent.  Finally, there is a service that will drive you to the top so you can walk back down to your car.  (If you’re planning to hike any of these trails, take note of the signs warning of rattlesnakes–there have been some reported this year.  Just be sure you stick to the trail and watch your step.) 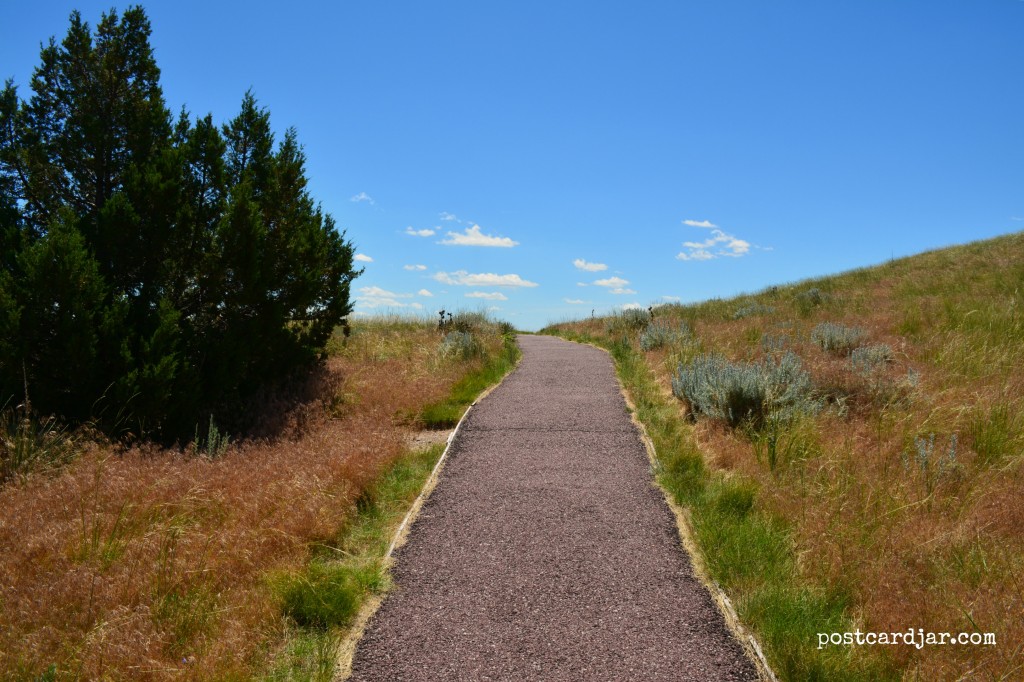 Trail at the top of Scottsbluff Monument (Photo by Ann Teget)

Finally, there are some unique gifts you can pick up in the gift shops–for instance, we picked up a blue bonnet for our daughter.  I mean, how often do you find a bonnet these days that would fit a junior in college?