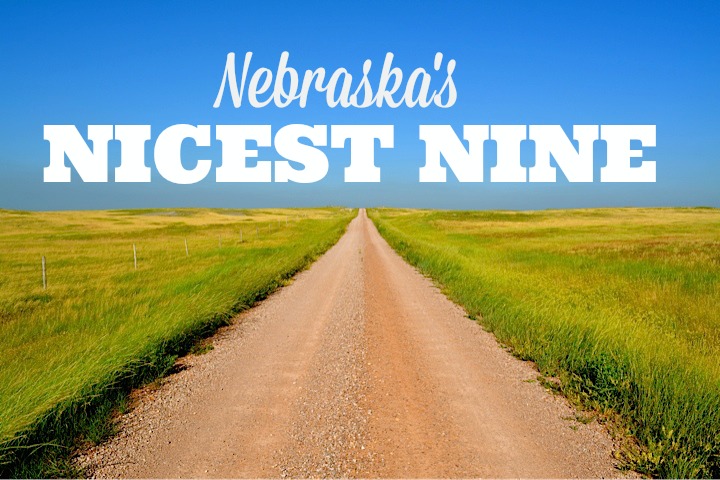 A couple years ago, Steve and I took off on a 6-day journey to find out for ourselves if our home state lives up to its then new slogan, “Nebraska Nice.”

We wrote about some of the nicest things we saw — calling them  our 2014 “Nebraska’s Nicest Nine.”  The list was compiled from the places we traveled that summer on our 1,260-mile journey that took us west to North Platte, then off I-80 around Lake McConaughy to Alliance, then to Scottsbluff/Gering, up to Chadron, across Highway 20 to Valentine, and Norfolk, then down through Columbus to home.

These nine are the nicest sites, attractions, and people we found on that particular trip off the beaten path–a place definitely worth going.

#9 – Cody Park –  This unique park in North Platte was filled with a wide variety of animals (including white peacocks), a carousel, ice cream shop, and lots of smiling faces.

#7 – Chimney Rock and Scottsbluff Monument – No list of Nebraska’s best would be complete without these two historic landmarks. They never disappoint. 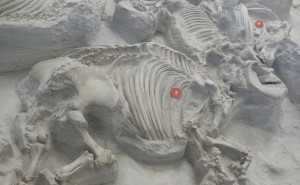 #5 – Ashfall Fossil Beds State Historical Park – Sadly, one of the least known attractions in Nebraska. This place is amazing and unlike any other fossil bed site in the world.

#4 – Circle C in Cody – Students in this small town (that refuses to die) built a a straw-bale building and now run a supermarket – the first here in more than a decade.

#3 – Neon Bar and Grill – Perfectly seasoned and grilled steaks and excellent service earned this restaraunt a place in our Top 9. The fact that it was (by far) the cleanest restaurant in which we ate on our trip, moved it all the way up to #3.

#2 – Toadstool Geologic Park – There’s nothing like Toadstool anywhere else in Nebraska (or likely the world). It is located 19 miles from Crawford in the far northwest part of the state — but feels like you’re on the moon.

#1 – Innkeeper Jeanne Goetzinger –  We saw a lot of great attractions on our trip. But honestly, nothing compared to the people we met along the way. We found that it is people like Jeanne, that make Nebraska especially “nice.” 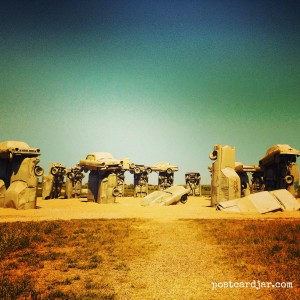 Not so nice? You be the judge. Carhenge. We spent about 15 minutes at this Stonehenge replica made of old cars near Alliance. On our way back to the car, I asked Steve what he thought. He said, “It was everything I imagined and less. Much less.” Personally, I thought it was pretty cool.

What do you think? What are the nicest things you’ve seen in Nebraska or your home state? Let us know in the comment section below. We’d love to hear from you.