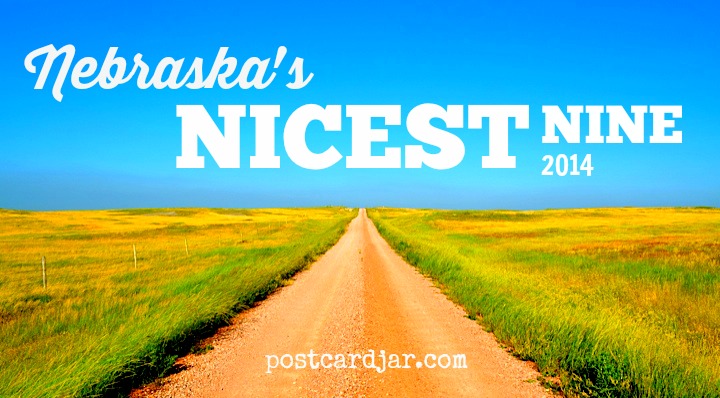 I have to admit, I wasn’t thrilled with Nebraska’s new tourism slogan, “Nebraska Nice” when it was introduced a few weeks ago.  I felt it lacked a certain something and didn’t capture all it could.  “Nice?”  Really?  I felt the tourism board could have said “Nebraska Swell” or “Nebraska Nifty,” or some other milquetoast word like that and captured the same idea.  But then we traveled the state.

At this point, I’m pretty sure you’re wondering why anyone would tour Nebraska.  Ann has had some health challenges recently, so we wanted to stay close to home should she need to get back quickly.  But we also wanted to take some time, get out of town, and relax.  A slow tour of our home state fit the bill perfectly.  We never did more than about three or four hours in the car in a day.  This slow pace over six days allowed us to do a variety of things, from touring the Golden Spike Tower in North Platte to wading in the water under Smith Falls; from attending a country music concert (Billy Currington!) in a rodeo arena to spending a night in the hotel General Nelson Miles used as his headquarters when he investigated the incident at Wounded Knee.  Throughout our trip one thing became clear: Nebraska has some exceptionally nice people, places and things; perhaps the slogan is more on-point than I first realized.

We decided to highlight some of Nebraska’s Nicest from our 2014 trip–nine things, to be exact.  We’re calling them “Nebraska’s Nicest Nine.”  Over the coming days and weeks, we’ll share those things, beginning with number nine, and working our way up to number one.   The list was compiled from the places we traveled this week on our 1,260-mile journey that took us west to North Platte, then off I-80 around Lake McConaughy to Alliance, then to Scottsbluff/Gering, up to Chadron, across Highway 20 to Valentine, and Norfolk, then down through Columbus to home.  These nine are the nicest sites, attractions, and people we found on this particular trip off the beaten path–a place definitely worth going.