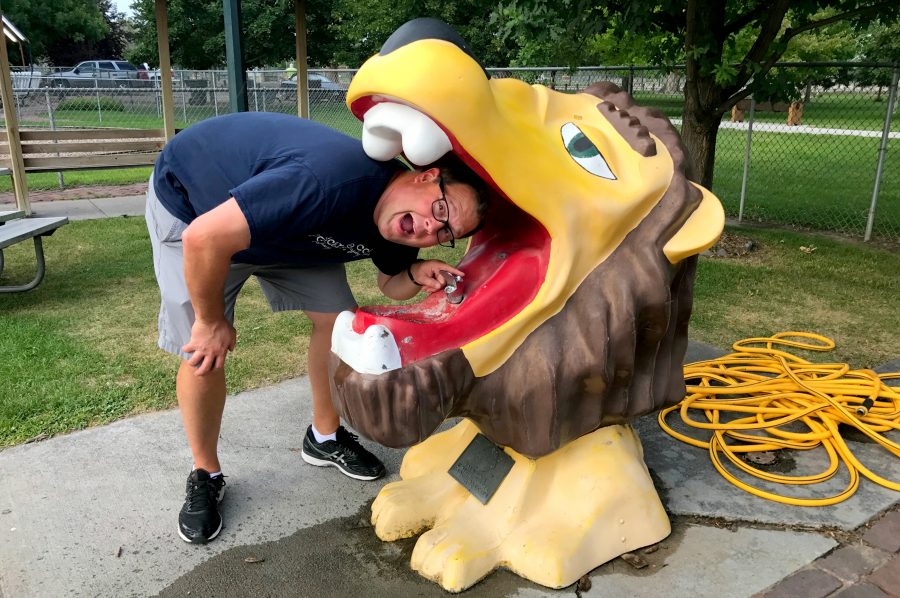 Day 1 of our Nebraska trip with Steve’s parents began with a stop at The Village Pie Maker in Eustis, Nebraska. After learning the secret to making the best pie ever, we headed north to Cozad where we crossed the 100th Meridian. 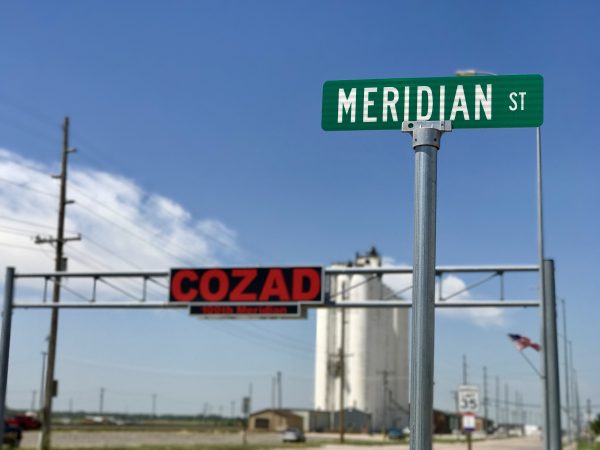 The 100th Meridian in Cozad, Nebraska.

Having been on Interstate 80 a thousand times, we opted for the more scenic Highway 30, also known as the Lincoln Highway, as we headed west. Just a few miles down the road, we stopped at Gothenburg, which is home to two Pony Express Stations. We stopped at the Sam Macchette station which is located in Ehmen Park. The station was originally used as a fur trading post/ranch housing along the Oregon Trail before it was used as a Pony Express station in 1860-61. 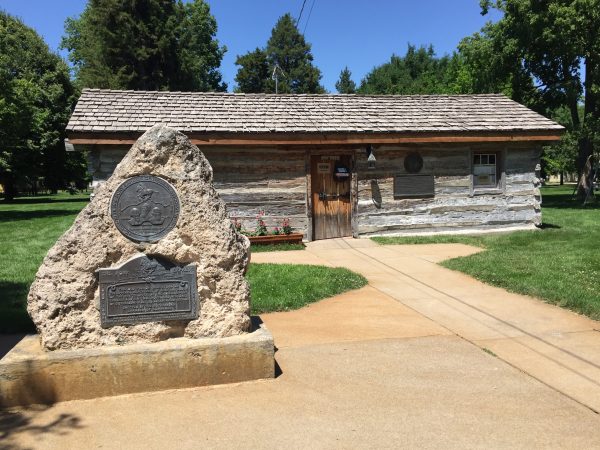 It was moved to Ehmen Park in 1931 and has been open to the public since 1954. Admission is free. We loved looking around and reading all about the Pony Express and seeing items like the ones that were used by riders who delivered mail. 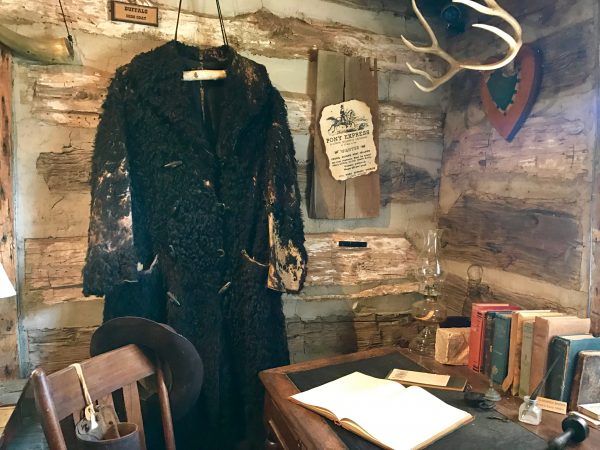 Inside the Pony Express Station in Gothenburg, Nebraska.

There were also books and other items for sale, along with some great postcards (we love those) and special Pony Express stamps. 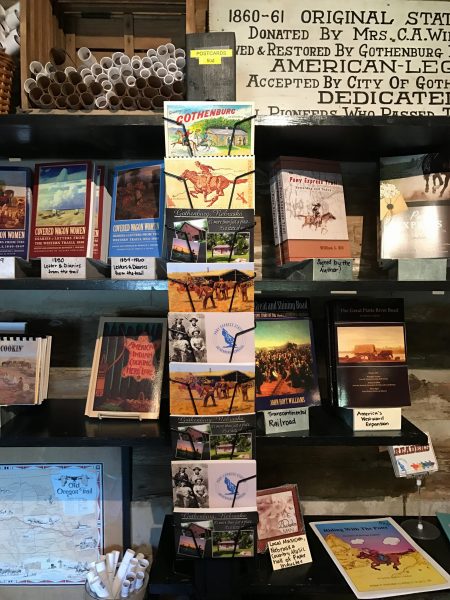 Lots of great postcards at the Pony Express Station in Gothenburg, Nebraska

Of course, we purchased a few postcards, wrote them out, and mailed them from a saddlebag on the door. 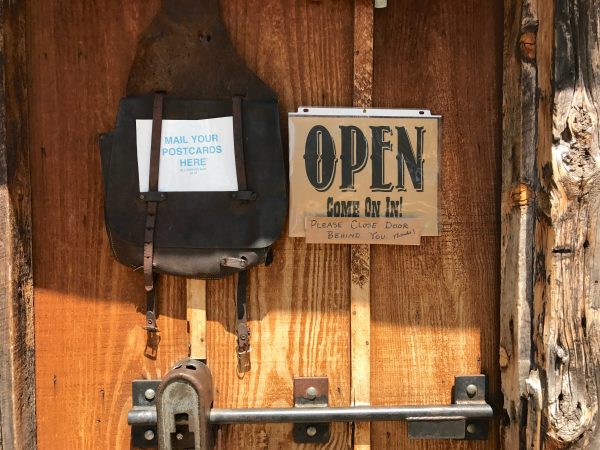 Mail bag at the Pony Express Station in Gothenburg, Nebraska.

After a short visit there, we got back in the van and drove further west to North Platte, where I’d lived right after college when I got my first job as a newspaper reporter at The North Platte Telegraph. 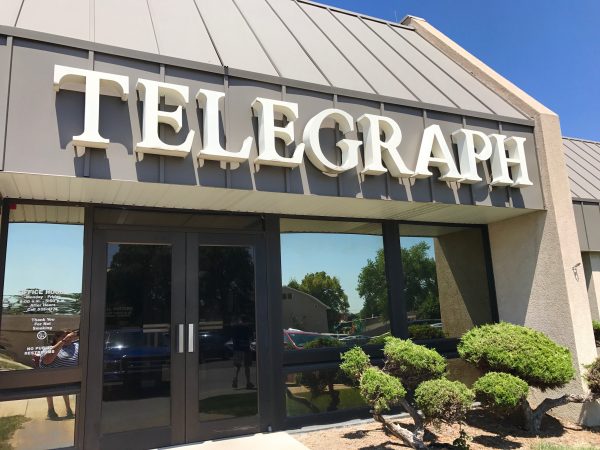 My first job after college was as a reporter for The North Platte Telegraph newspaper.

I hadn’t been there in years, so we made a quick stop for me to go inside and reminisce with some of the staff there about what newspaper life was like before digital cameras and pagination. (I can still remember the smell of the hot wax we used to paste up the pages.)

Our next stop was one of our favorite Nebraska attractions — the Golden Spike Tower and Visitors Center overlooking Union Pacific Railroad’s Bailey Yard. Steve and I had been there before and we were excited to take Steve’s mom and dad there, as well. 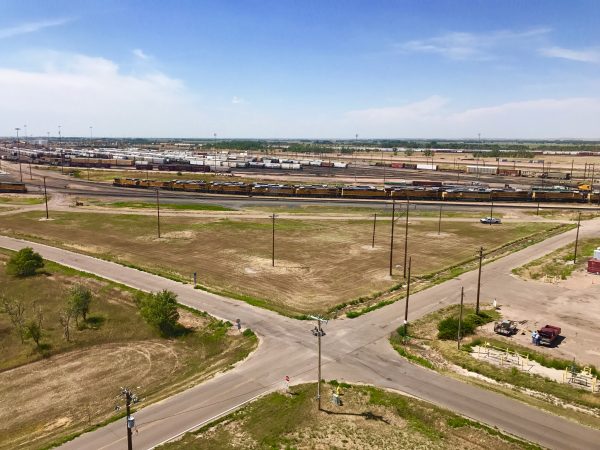 We took the elevator to the open-air observation deck at the Golden Spike Tower and walked out into the fresh air to see and hear the hundreds of trains below in the world’s largest railroad classification yard. The massive yard covers more than 2,850 acres and is eight miles long. It handles 12,000 railroad cars every day and services 9,000 locomotives every month. 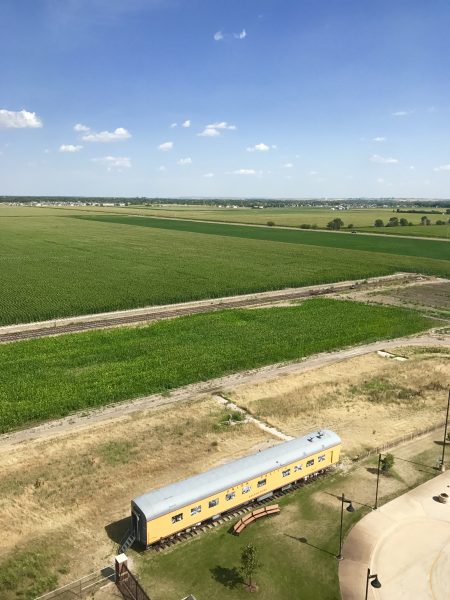 The beautiful view of the prairie from the top of the Golden Spike Tower at Bailey Yard in North Platte, Nebraska.

One of the things we love most about visiting Bailey Yard is that there is typically a retired railroad employee who is on site to answer questions and tell you about his experiences on the rail road. Check out this video below of the trains “humping” at Bailey Yard.

We spent more than an hour watching the trains and learning about the railroad before perusing the gift shop and purchasing (of course) a couple postcards. 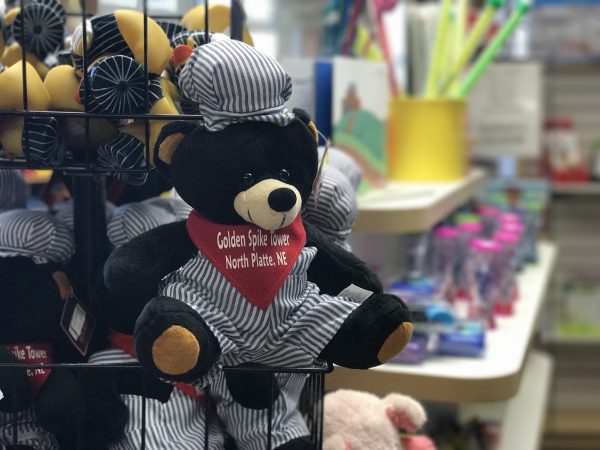 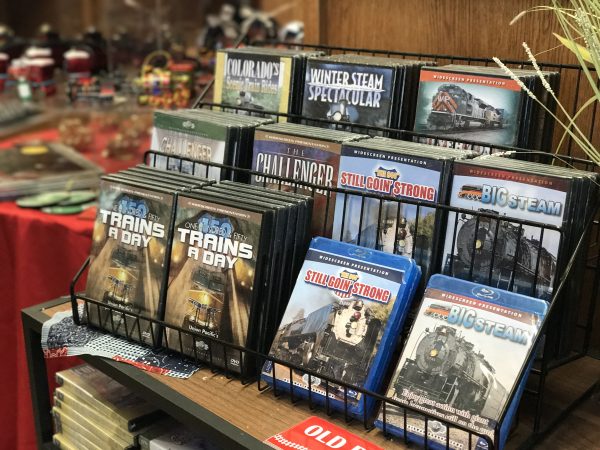 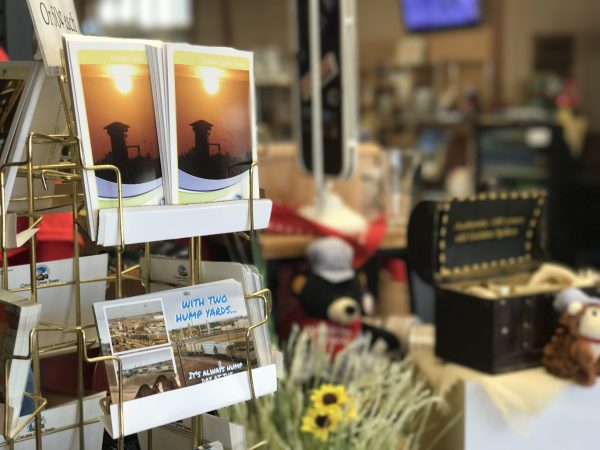 We checked into our hotel before dinner. Most of the time when we’re in North Platte, we stay at the Hampton Inn near the interstate. It is seriously one of the very best Hilton properties we’ve ever seen. The staff is super friendly and helpful, the rooms are extra clean, and you will not meet nicer ladies than the ones who work in the breakfast area there.

At the recommendation of the hotel desk clerk, we decided to try a new restaurant for dinner and were not disappointed! Mallory’s offered several options for seating, inside the Irish pub bar, outside on a patio, or inside in a coffee shop space. We all enjoyed our dinners and adult beverages there. 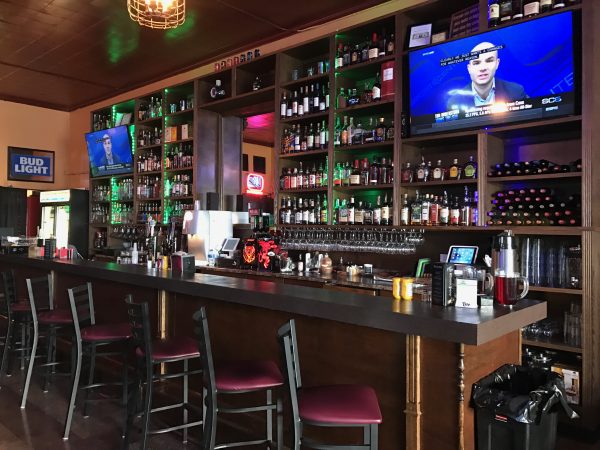 After supper, we relaxed with a nice drive through a local favorite, Cody Park, where we took time to watch the geese, peacocks and other wildlife. The park also has an iconic carousel, lion’s mouth water fountain (do you remember one from your childhood?), and an ice cream stand that serves up special treats. 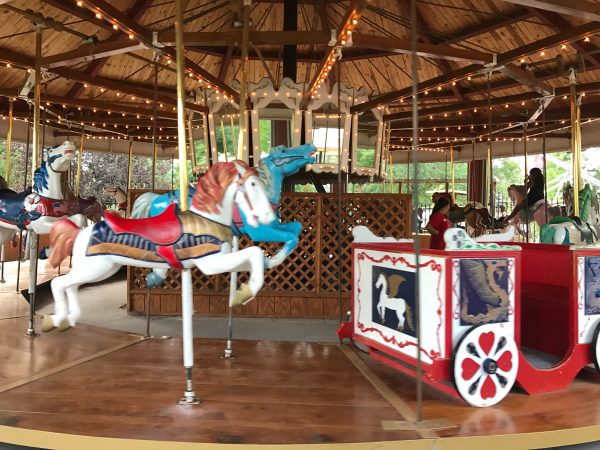 The carousel at Cody Park in North Platte, Nebraska. 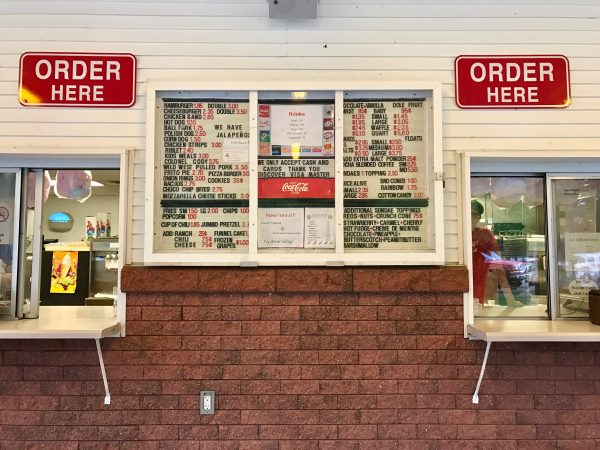 Knowing that there was lots more to see and do in North Platte, we called it day, and planning to continue our exploration of this western railroad town in the morning.

Next up: What we found at Fort Cody Trading Post, our look inside Scout’s Rest Ranch, and what we learned about the North Platte Canteen.