Wilber festival is worth Czeching out. 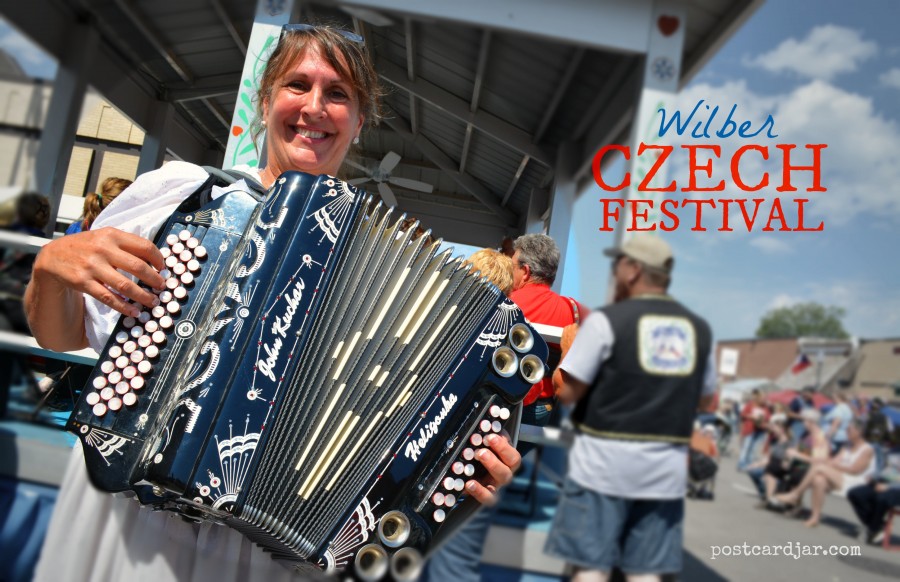 Polka music, kolaches, and lots and lots of pivo (beer), make the small town of Wilber, Nebraska, the place to be the first weekend in August. Each year, the Czech Capital of the United States hosts thousands of Czechoslovakians  (and beer drinkers) for the Wilber Czech Festival. The three-day event is a celebration of Czech heritage and since my grandmother was a Moravek and we live only 10 miles from Wilber, Steve and I thought we’d make the short drive to Czech out the festivities today. We hadn’t walked a block toward the festival before we heard the word, “dumpling” and then, we began hearing the polka music. 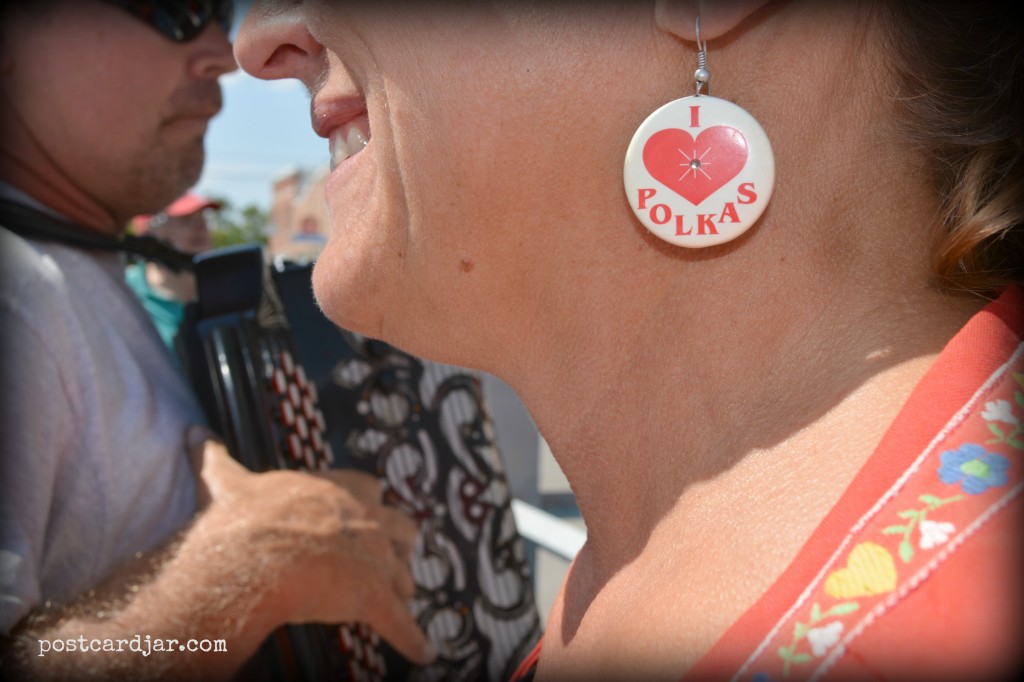 We arrived just in time for the Accordion Jamboree where a gazebo packed full of accordion players played songs like, “Apples, Peaches, Pumpkin Pie” and “Beer Barrel Polka.” 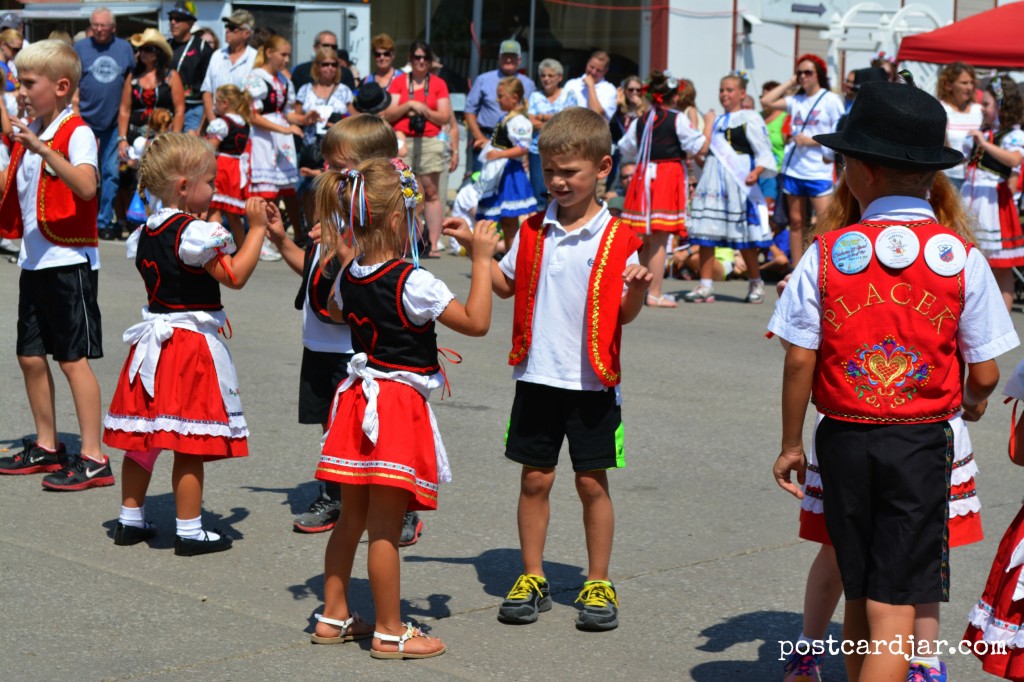 We had time to venture over to the art show for a bit before watching the Wilber Czech Dancers. Young children in Czech attire danced the “Flying Dutchman” and the “Chicken Dance” before a group of teenagers began to dance the

The detailed needle work on all of the Czech dresses was amazing. (Photo by Ann Teget for postcard jar.com)

polka in the street at the town’s center.

We walked up and down the streets for a bit, admiring all of the beautifully crafted dresses and vests. Czech costumes were everywhere at the festival. Men, women, kids, and even dogs donned elaborate red, white, and black costumes. Sewing and needle work were also on display at a costume exhibit and quilt show.

While we were there we bought a Czech staple,  kolace (cherry, poppyseed and raspberry) and a loaf of freshly made rye bread . Then, we tried something new to us — Knedlik. For $6, we got a large styrofoam cup filled with a  mixture of kraut, dumplings, and pork. Wasn’t too bad. 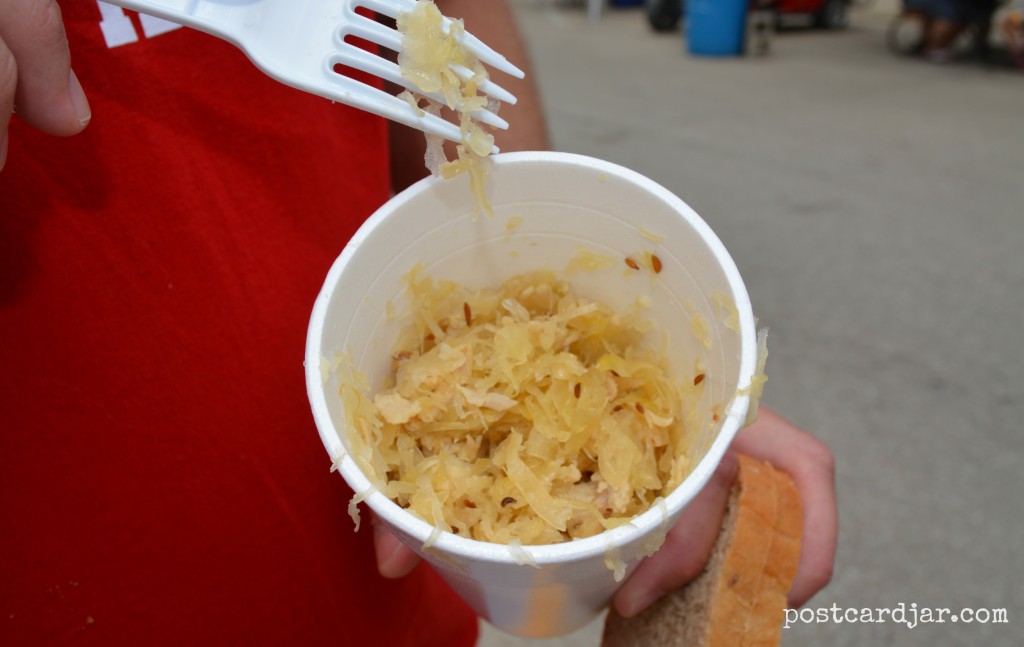 We tried a Knedlik cup for the first time. It was a mixture of sauerkraut, dumplings, and pork. (Photo by Ann Teget for www.postcardjar.com)

I wasn’t feeling the best, but we did stay around long enough for the introductions of the Czech Queens from around the U.S. and even ran into a friend whose daughter and son are currently reigning Lincoln Czech Princess and Prince. 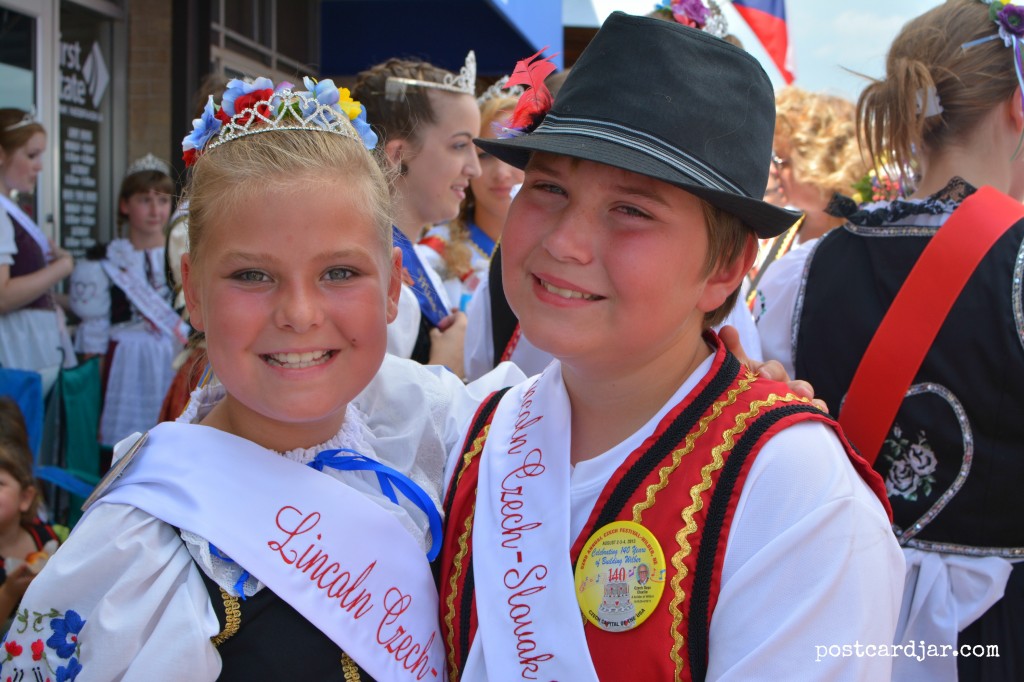 We left just before the big Saturday afternoon parade began but even so, we had a great time at the festival and will look forward to going back next year.  I’d love to see more of the Czech Heritage Demonstrations, the Bohemian Tractor Pull, and of course, the Kolace Eating Contest.

Have you been to Wilber’s Czech Days? What do you like best about the annual celebration? Let us know, we’d love to hear from you.