How we ended up eating kolaces with readers of our blog 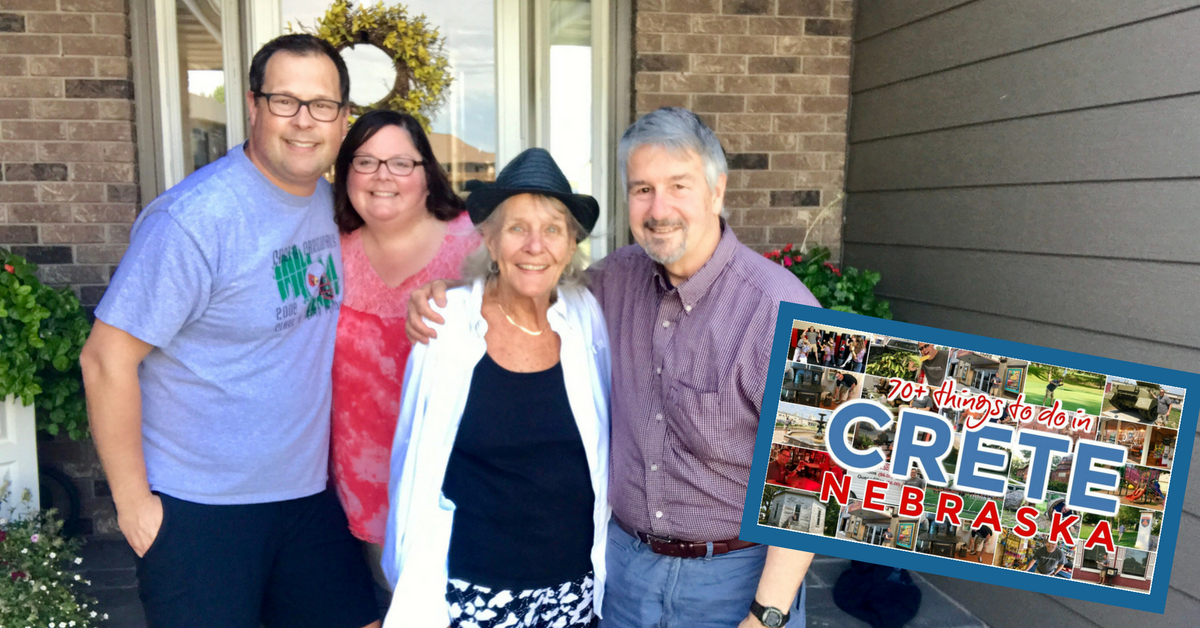 A few months ago, we got a sweet comment on our blog from a man who had read our post about 70+ Things to do in Crete, Nebraska (our hometown). He wrote,  “My newly discovered half-sister and I have planned a trip to Crete in June to explore our family roots. Your list of things to do in Crete is filled with good humor and practical advice!” 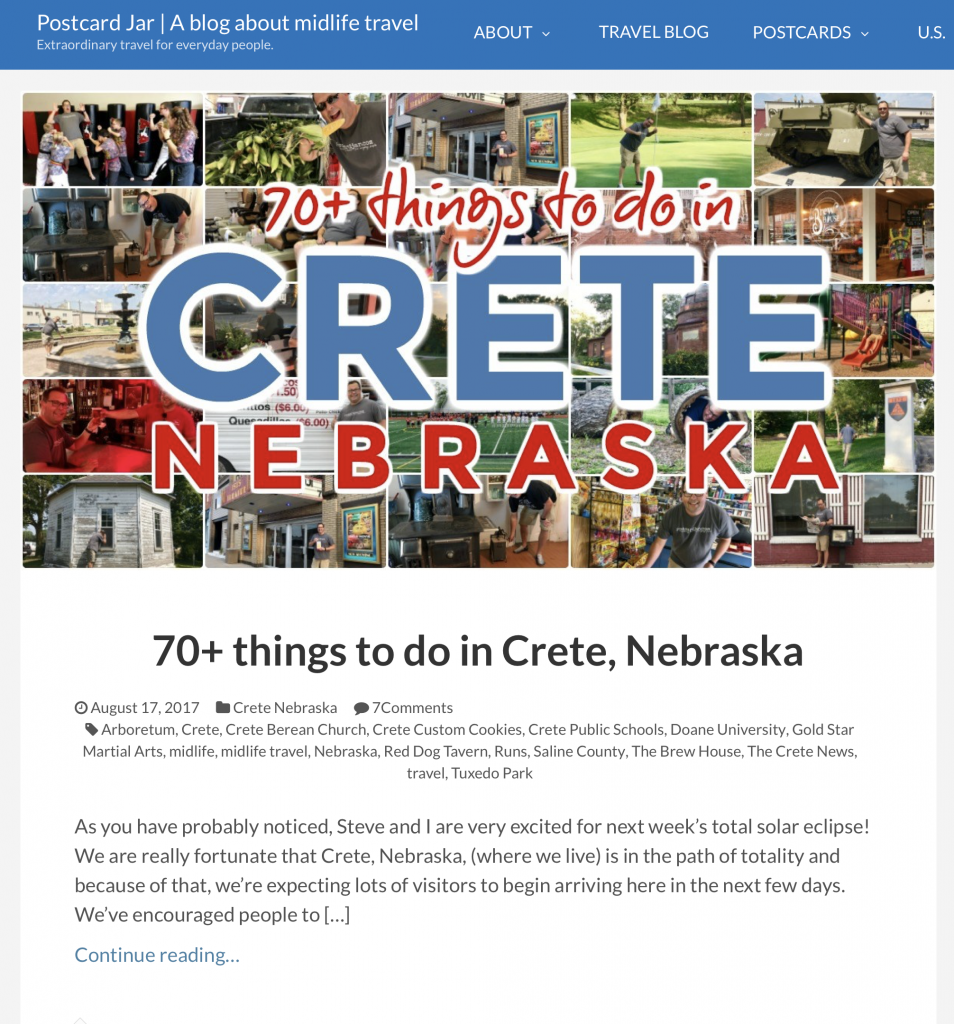 We exchanged a few more messages and were delighted when we asked about how he found the post and he said, “Yes, I Googled “Things to Do in Crete, Nebraska,” and your blog popped up. I was charmed when I saw that Trip Advisor had offered you no responses to this same question. But as you demonstrate, there are many things to do in Crete!”

There are many things to do in Crete. In fact, there are at least 70. We kept in touch with Ben and he wrote again last week to say that he and his half-sister were planning a trip to Crete to explore their roots and would like to meet. We were so delighted to accept their invitation and asked them to stop by our place this week for coffee and a chance to check something else off their “things to do in Crete” list: #29 – eat a kolace. 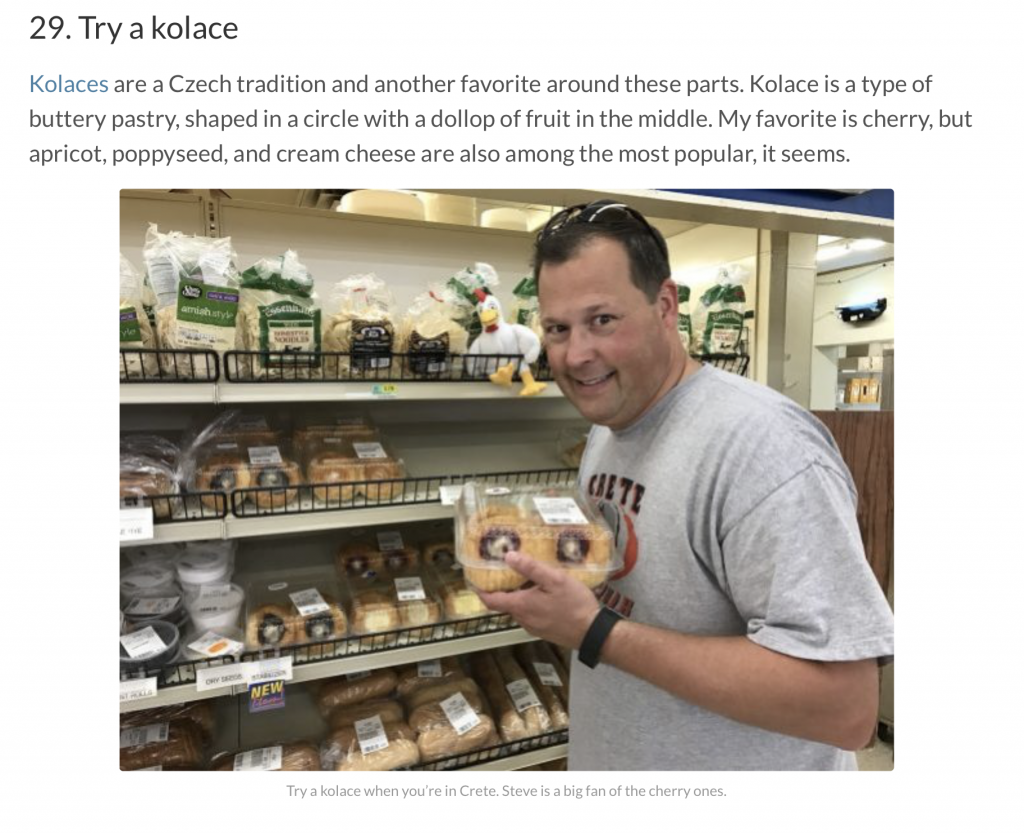 #29 on our list of Things to do in Crete was eat a kolace.

It was so nice to finally meet Ben and his sister, Jackie (Jelinek) Eggers and hear their story. Ben, who had been adopted as an infant, grew up with wonderful parents and after their deaths, decided to look into identifying his biological family. Through a series of inquiries, ancestry websites, and eventually a DNA test, he found that he had a half-sister, Jackie. Ben contacted Jackie’s grown son and with his approval, contacted the sister he’d never known until last year.

The two siblings and their spouses and families have quickly developed wonderful relationships and their trip to Crete was a next step in their journey to better understanding their past. They visited the Benne Museum in Crete, drove to nearby Wilber to explore Czech heritage there, and found a granite memorial that we’d never even seen. The memorial was erected in 1929 in memory of the Bohemian pioneers who settled in Saline County, Nebraska. 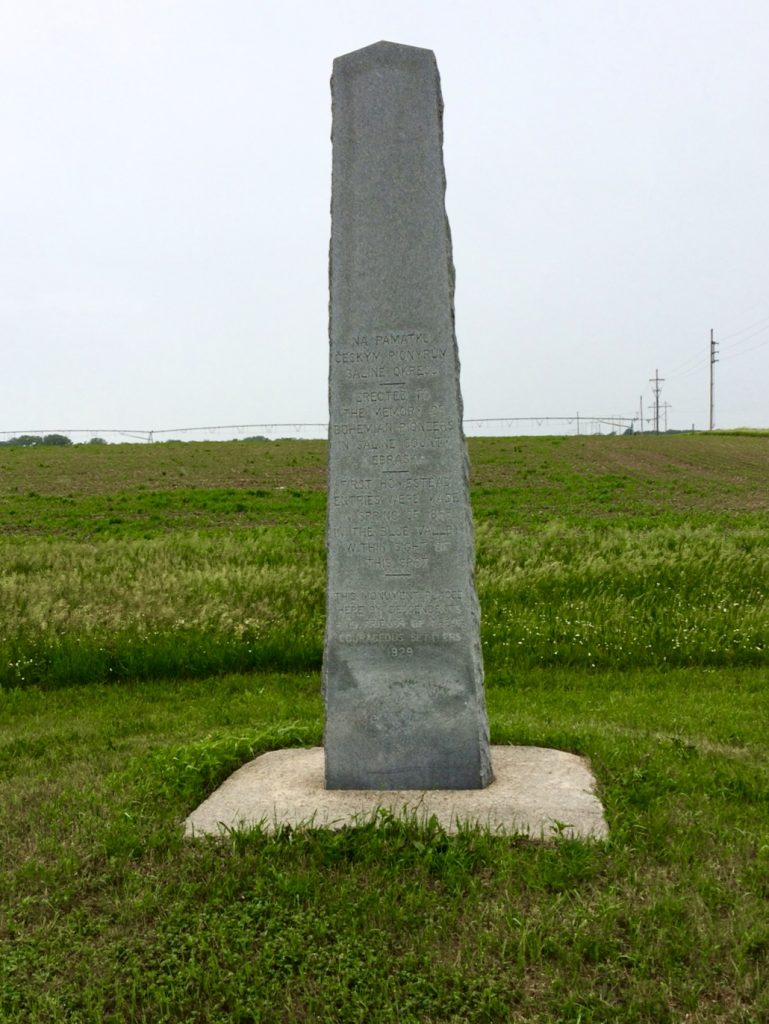 We had a lovely time with Ben and Jackie, discussing their family history and our hometown. And of course, we had kolace.