We got trouble. Right here in River City. 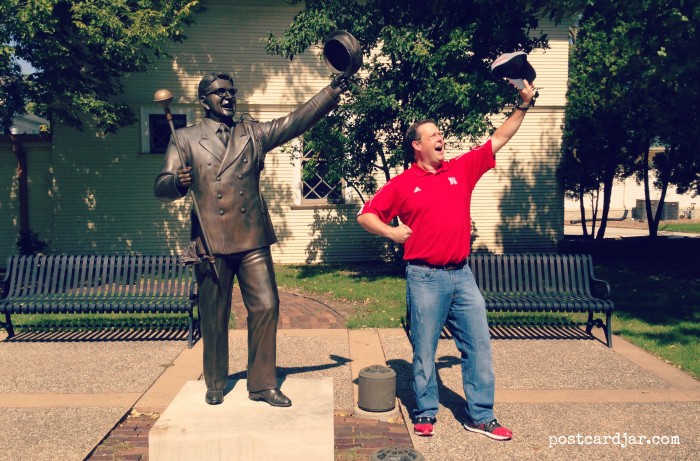 I’m talkin bout trouble with a capital “T” and that rhymes with “P” and that stands for pool. Do you know that song? The one about the kids in the knickerbockers, shirt-tail young ones, peekin’ in the pool-hall window after school? 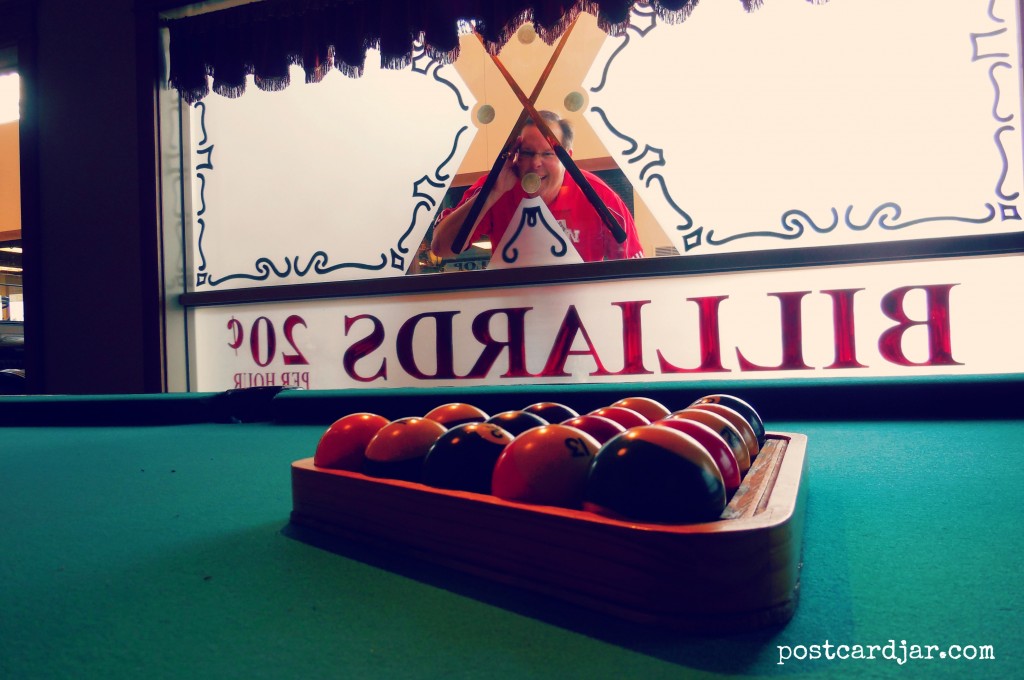 The first time I heard Steve recite those words to one of my favorite songs from The Music Man, I knew he was something special. It was our first outing (not really considered a “date” at the time) and we were watching baseball at the College World Series at Rosenblatt Stadium in Omaha. At some point during the game, an outfielder committed an error and I said, “Fellas, we got trouble.” Without missing a beat, Steve continued, “Right here in River City.”  I was shocked! Not only had I learned over dinner that he shared my passion for sports, good wine, and travel, he also knew the words to “Trouble,” and  every other song from The Music Man. Was this guy for real?

We spent much of an inning reciting our favorite scenes and songs from the 1957 classic musical, and from that point on, The Music Man has held a special place in both our hearts. 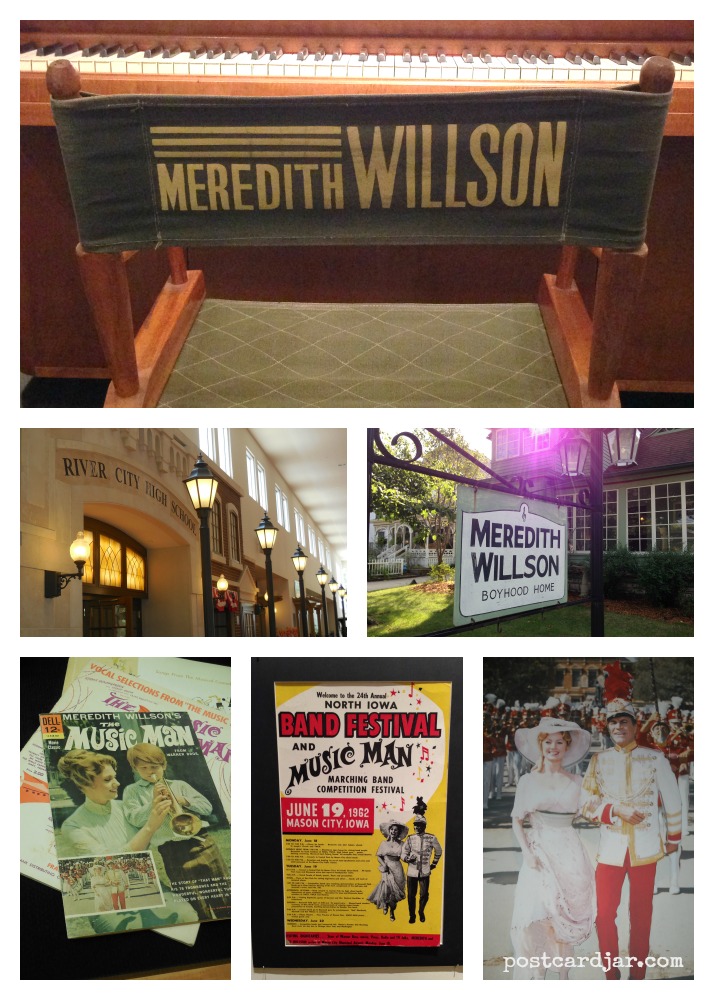 Some of the things we saw at The Music Man Square and museum in Mason City, Iowa.

This fall, Steve’s mom (who is also a big fan of The Music Man) told us about a production of the show to be performed in composer Meredith Willson’s boyhood home of Mason City, Iowa. When she added that the production would star Shirley Jones and her son, Patrick Cassidy, we knew this was a road trip we could not pass up.We talked my mom into joining us and met Steve’s parents in Mason City, Iowa, for an unforgettable weekend filled with history, music, and of course, 76 trombones. 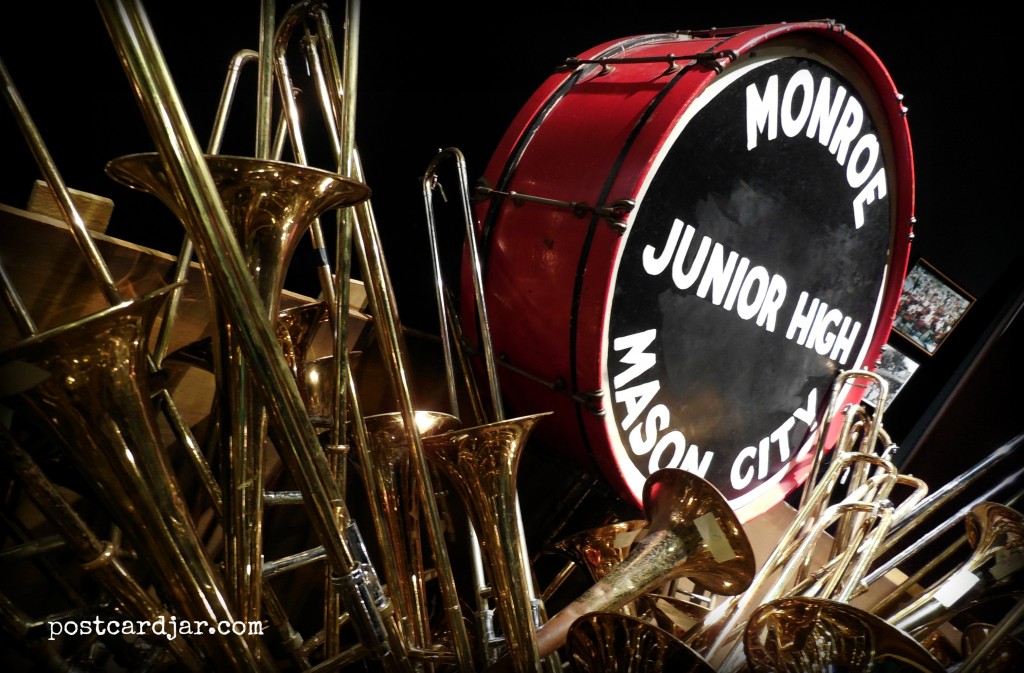 There were also double-belled euphoniums and big bassoons, but that’s a post for another day. We toured the boyhood home of Meredith Willson where our fantastic guide shared insights about Willson and his family and their time in Mason City. She even allowed us to pass around her personal copy of Captain Billy’s Whiz Bang (scandalous as it was). 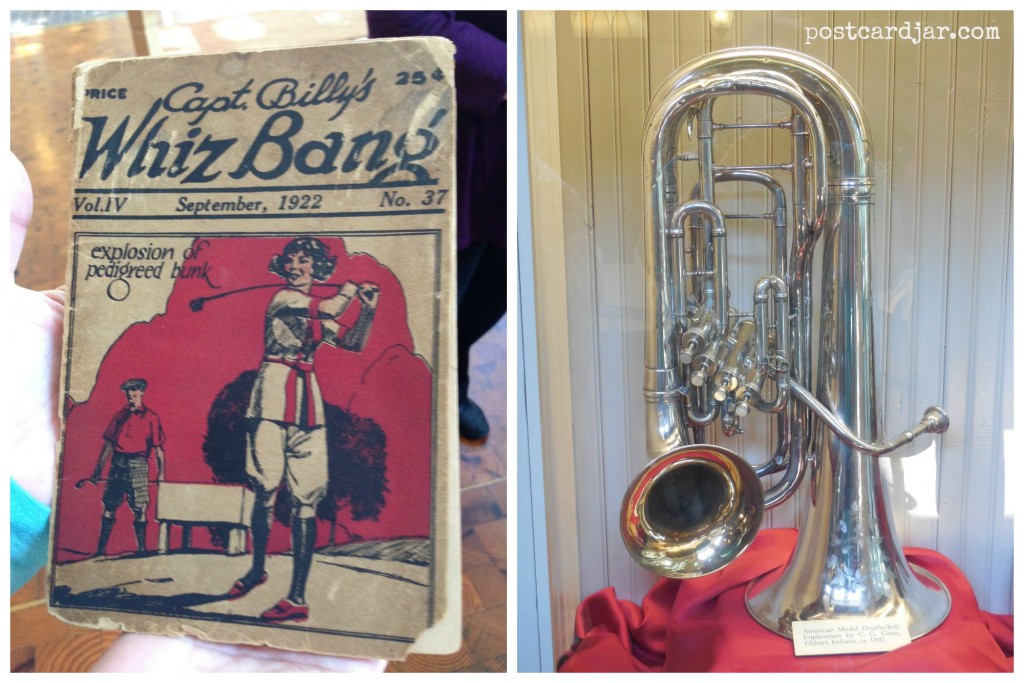 After the tour of the Willson home, we spent time in The Music Man museum where we listened to early recordings of Willson singing songs as he composed, read newspaper clippings from the local papers as the musical premiered, and walked through a replica of River City, which included River City High School, Mrs. Paroo’s front porch, and the imfamous pool hall.

That night, we had an early dinner at the 1910 Grille at the Historic Park Inn Hotel, designed by Frank Lloyd Wright. The hotel is a must-see when traveling to Mason City. 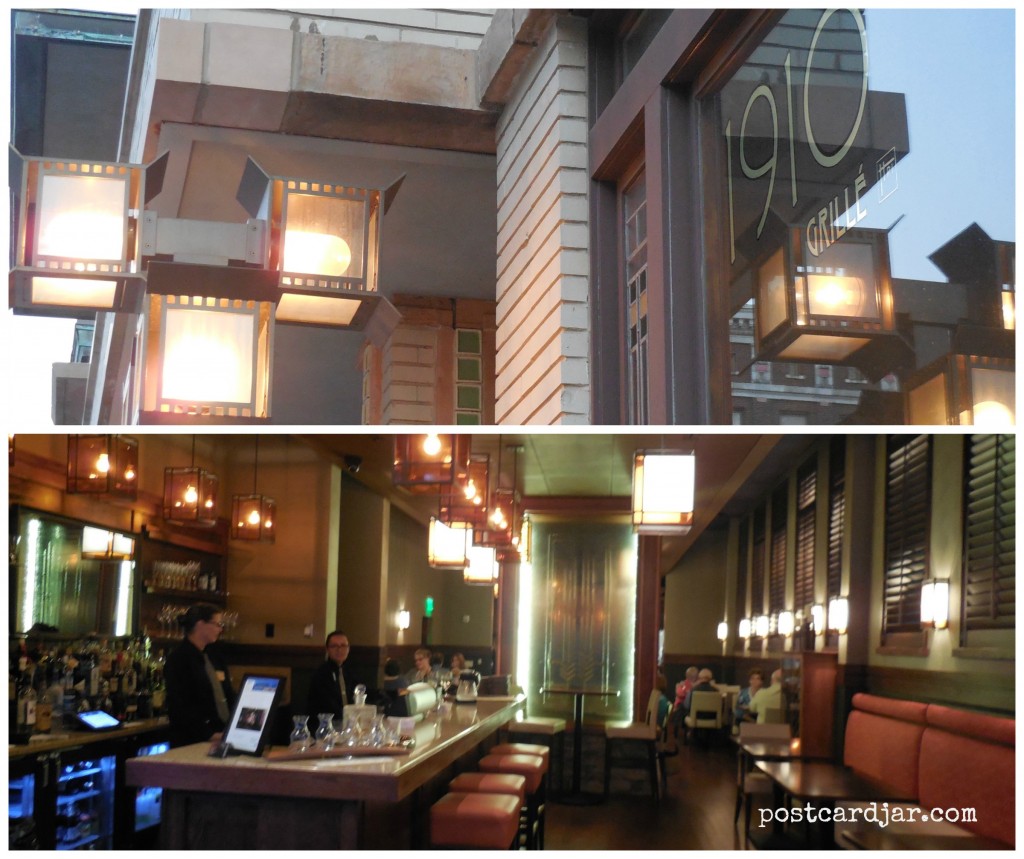 After dinner, it was off to the show. Shirley Jones, who played Marian the librarian in The Music Man movie, hosted the show that night — a celebration concert, co-starring her son, Patrick Cassidy as Professor Harold Hill. The show combined the most memorable songs and dances from the stage and screen classic and Jones told 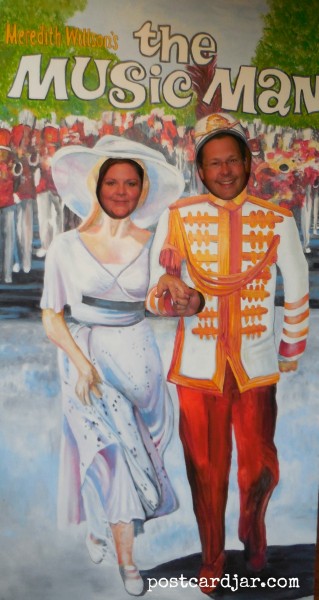 stories throughout the concert about her experiences filming The Music Man and how much Mason City, Iowa, meant to her and her family.

If you’re like us, you pass by places like Mason City all the time. We’d driven by exits for this small town on road trips through the Midwest but had never taken the time to stop. We’d always say we’d come back later. I’m so glad that Steve and I took the time from our seemingly busy schedules to travel with our parents to this one-of-a-kind place in middle of Iowa.

We had an incredible weekend in River … I mean Mason City, and as Professor Harold Hill said, “You pile up enough tomorrows, and you’ll find you are left with nothing but a lot of empty yesterdays. I don’t know about you, but I’d like to make today worth remembering.”

Mason City, Iowa, where The Music Man got its start, is definitely worth remembering.