TripAdvisor’s most hilarious manager responses from Robert J. at Peppermill 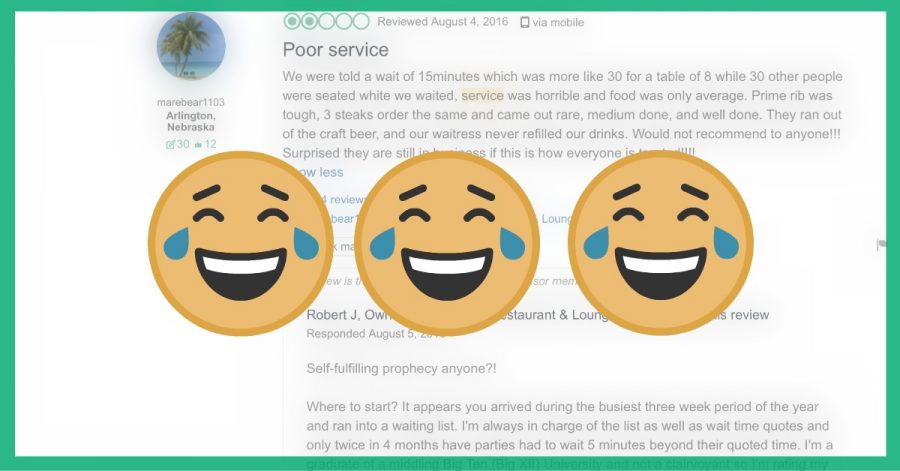 With more than 500 million candid traveler reviews, TripAdvisor has quickly become a go-to online resource for many travelers, including us. We often roll into a new city with cell-phones in hand, searching for a top-10ish restaurant to stop for dinner. We typically look for local places with a 4 to 5 green-dot rating, at least 100 reviews, and something in the comments that grabs our attention like “amazing food,” “impeccable service,” or “best _______ this side of the Mississippi.”

In all of the TripAdvisor reviews we’ve read, nothing has grabbed our attention more than owner/manager Robert’s responses to reviewers of his Peppermill Restaurant & EKV Lounge in Valentine, Nebraska.

Take this one, for example, from Sharity C. who thought the place was “Just ok.”

So, this is how this went down. You roll into the Nebraska Sand Hills, a scenic barrage of land and cattle. It is evident that this confluence of clean water, productive grasslands and plentiful grains produces the worlds best beef. A small town family cafe presents itself and you order the fish.

This Sand Hills fish fry is incredibly popular but you’ve find it underwhelming. What better way to strike back on your ONE TIME “just ok” visit than to launch a mostly anonymous internet attack on this little ma and pop shop? Point. Click. Boom. Level 4 Contributor makes a splash!

Maybe the One Experience Wonder strikes again? Maybe all of the folks recklessly tossing superlatives around below are wrong? Your call Interneters. Is this scribe Anthony Bourdain or Carmelo Anthony?

PS We humbly suggest the Bull Market next time you’re in town. That place will grab ya by the soul.

Then, we read this one from the condiment conscious magic25ap from Regina, Canada, who gave a 3-dot review with the oh-so creative headline, “Standard.”

Steve was driving through the scenic Nebraska Sandhills when I read Robert’s response out loud and I kid you not, he nearly drove off the road:

1) We specialize in the American beef steak which is decidedly gluten free.

2) The gluten-free thing does get a little “frusting” because it has come to mean many different things to many different people with a total disregard to those will actual celiac disease.

You can see where this was going. After scanning a few more of these, we completely abandoned our plan to research all the best restaurants in Valentine and settled into reading aloud the abruptly honest, tongue-in-cheek manager responses from Robert J. at Peppermill.

Almost all of the 200+ reviews of Peppermill were “Excellent” or “Very Good” so I was especially interested in the lone  1-green-dot review. It came from skeet034 who obviously knew nothing about the croutons next door. And, he can’t spell.

This response is one of our favorites:

Well, I should probably warn ya, I’ll be just fine. Yeah!
No offense to you, don’t waste your time
Here’s why…

1) Two reviews lifetime and the other is a 5 star of our largest competitor. Seems legit.
2) Dollar General is next door and I hear their croutons are a calamity.
3) Come back and get your hundred dollars. This small town, family-owned business absolutely doesn’t need it. Take it down to your local Applebee’s and be miserable there.

Ring me up anytime. Maybe the sound of your voice will get Pharrell out of my head.

Tears were rolling down my face after reading this out loud, as we arrived in Valentine and Steve found his way to the now-intriguing Peppermill on East Highway 20. I wasn’t sure if I wanted to venture inside and take a chance on getting a poorly-cooked steak and a sans-crouton salad or sit in the parking lot and read more reviews.

We decided to go inside and had a fantastic Nebraska beef dinner, which made it even more hilarious when we read this review from an apparent southerner named Mary R.

Ah, she asked for gravy on the side and misspelled “cheery” tomatoes. I thought to myself, ‘Robert is going to destroy this one-review wonder.’ I couldn’t wait to read his response.

Sounds like your interpersonal skills and the server’s execution were a match made in heaven…
1) RE Sweet Tea: You are north of Kansas
2) Mashed potatoes are really just baked potatoes with a different upbringing.
3) The gravy thing was really dumb on our part. We thought the contents of your plate were headed to the same spot and so the gravy often hitches a ride with the steak.
4) At least the tomatoes were “cheery!”

Try the Bull Market next time you are in town. Their tomatoes are melancholy but the servers are trained to give grumpy gravy guy a beer and there are really no losers in that situation.

Like I mentioned, most of the ratings and reviews were excellent, so I had to search for negative reviews to find similar responses to these, but it was worth it. Despite a complaint here or there, the Peppermill Restaurant and EKV Lounge is still the #1-rated restaurant in Valentine on TripAdvisor, and when I talked to Robert this week, he told me how these witty responses all began.

You see, his father and grandfather had both owned successful restaurants in Valentine for decades before he opened Peppermill in December of 2009. Back then, online customer reviews were just beginning to show up on the Interwebs and when someone had a less-than-satisfactory experience at his place and wrote publicly about it, Robert took it personally. 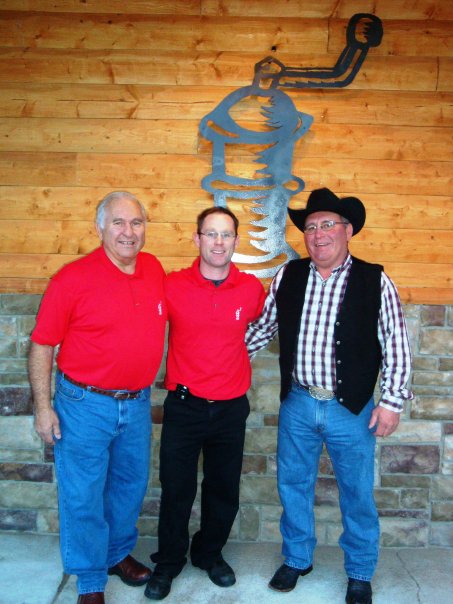 Robert Joseph (in the middle) with his father and grandfather on opening night at Peppermill, Dec. 17, 2009. Photo courtesy of Peppermill Restaurant and EKV Lounge.

He said he tried sending private messages to complainers, joking around a bit and asking them to give his restaurant a second chance. He said people either didn’t receive his offer well or didn’t respond at all.

Finally, he made a decision to just have fun with it and it eventually became a good marketing tactic to get people in the door. A graduate of the University of Nebraska – Lincoln where he was a business marketing major, Robert decided if nothing else, the positive reaction from his staff (who appreciated his sticking up for them) was a good enough reason to continue his hilarious manager responses.

“Eventually, the negative reviews went from something that would ruin my day to me saying, ‘I can’t wait for the next bad one so I can respond,'” he said. All jokes aside, Robert runs a successful small business and works very hard to provide great food and service at a reasonable price in rural Nebraska. 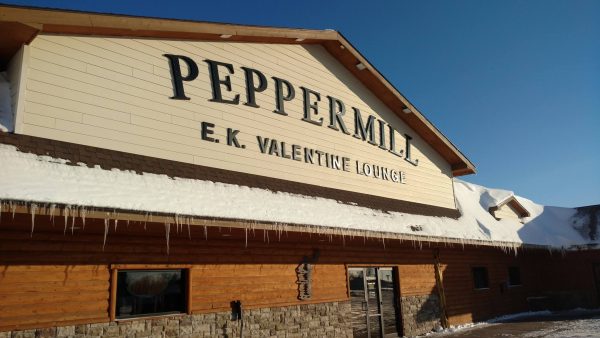 While we would have thoroughly enjoyed reading another owner response to a less-than-satisfactory critique, we couldn’t write one because had a delicious meal and exceptional service when we visited the Peppermill on our vacation across Nebraska this summer. Here’s what we wrote on TripAdvisor in our 5-green-dot review. 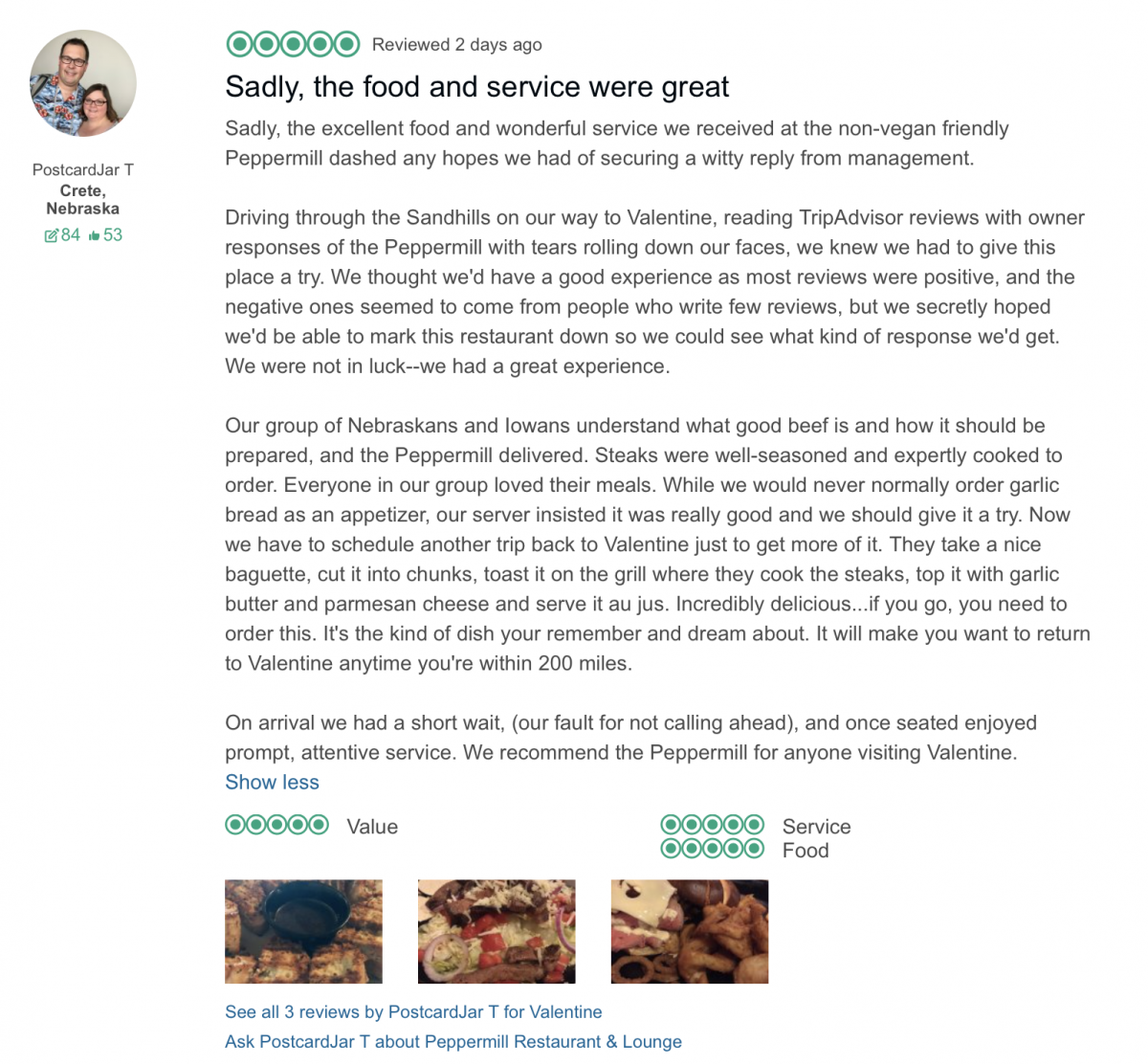 And here is Robert’s response.

Most folks have the common courtesy to AT LEAST misspell “bagguette” (ain’t nuthin’ but a g than baaayby) or take a lightly veiled backhand at our village of carnivores. What kind of Advisor of Trip has the audacity to roll in unannounced and feed travelers all of this useful information?

Take our cheery tomatoes back to Iowa or your island of Crete and tell nobody of this wholesome dining experience. The internet is for anger, not information!

Best of luck out there heathens!

He called us heathens. Yes!

We hope people see the satire in our review and in Robert’s response. We love this place and sincerely wish everyone at Peppermill all our very best. We’ve noticed through our own travels that small-town mom and pop cafes are dying out, along with local newspapers, grocery stores with carryout service, and speciality clothing shops. That’s sad to us, and to Robert, as he so eloquently wrote back to Lenny R. of Omaha who said the restaurant had “lost its charm.”

I can’t say I disagree. When my grandfather built the Peppermill in the once-condemned Fort Niobrara Hotel there were up to a dozen diners in our town and each had a unique charm to the building, staff and atmosphere. 30 years later there is us, a busy cafe at the truck stop and a couple of bar and grill concepts. In fact, the old Peppermill is now the 40 seat Bull Market that barely resembles the 2000 plates per weekend behemoth it used to be. With the presence of the Amazon app, giant department stores a day’s drive away, Runza, Subway and the disastrous human resources situation brought about by government the small town diner is quickly becoming a thing of the past. We’ve had to move to a more open, efficient layout to accommodate an increasingly diverse clientele. The tucked away booth and candlelit corner have given way to wide open spaces where tables can be moved quickly for that group of 27 river enthusiasts. We hope that someday folks will put down the smartphone, get out of the drive thru, shop locally and keep the small town cafe alive. However, it has become apparent that guests are more inclined to hit a few keys on the laptop to leave a mostly anonymous review on the grumpy traveler’s website than they are to seek out the omnipresent owner of these last few American diners. That personal interaction is what built these family-owned businesses and as it fades away, so goes the charm.

PS The Philly is made of prime rib and don’t let a local rancher hear you talk about how prime rib has too much fat!

Once again, Robert, well said. Especially that part about the prime rib having too much fat.

Peppermill Restaurant and EKV Lounge is located at 520 East Highway 50 in Valentine, Nebraska. For reservations, call 402.376.2800, and be sure to ask (nicely) for Robert. And don’t forget to order the garlic bread. You’re welcome. 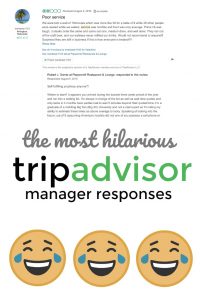