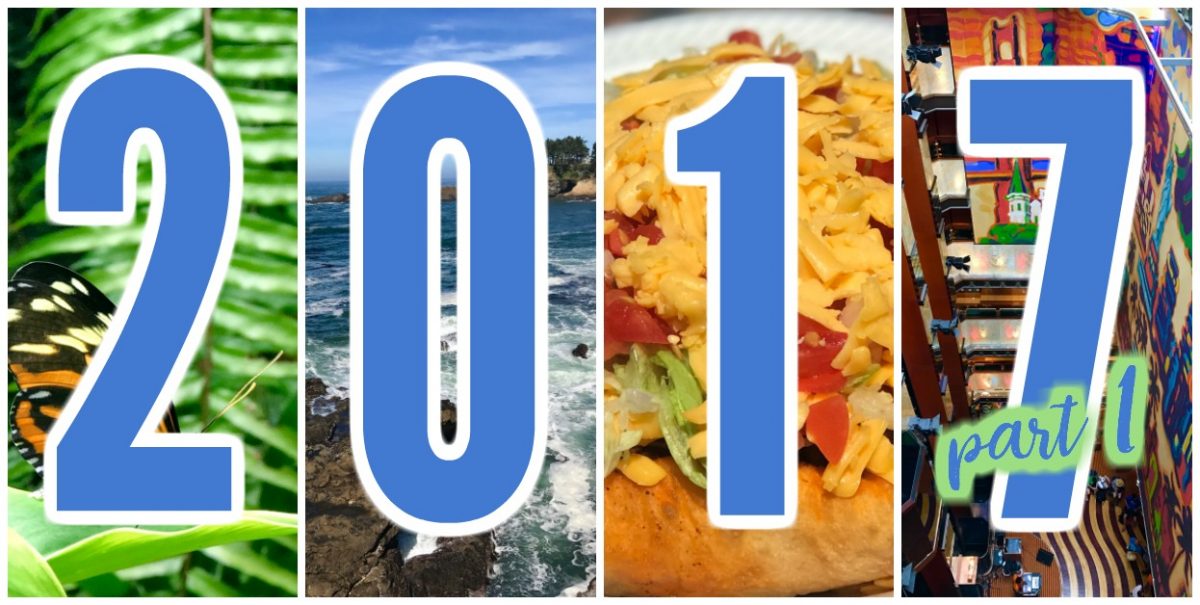 It is -6 degrees today where we live in Crete, Nebraska. Church was cancelled. We’re still in our jammies. And we’re not going outside.

Instead, we’re pouring a second cup of coffee, cranking the heat up, and reminiscing about some of our favorite travel experiences from 2017. So, snuggle up in a blanket, grab a warm drink, and take a trip back through 2017 with us as we unveil our Best of 2017 attractions, shows and concerts, new places, and people.

We’ve been to Chicago many times, but February of 2017 was the first time we’d ever taken the train over to Garfield Park to see the conservatory there. It had been recommended to us by another travel blogger and we’re so glad we took her advice. Admission was free (although they appreciate donations) and we took our time to stroll the many paths inside, enjoying this hidden botanical treasure in the heart of urban Chicago. Inside its glass walls and curving roof, we found everything from tiny cacti to large palm trees.

We wrote more about the conservatory in our blog post about Our Weekend Getaway to Chicago. 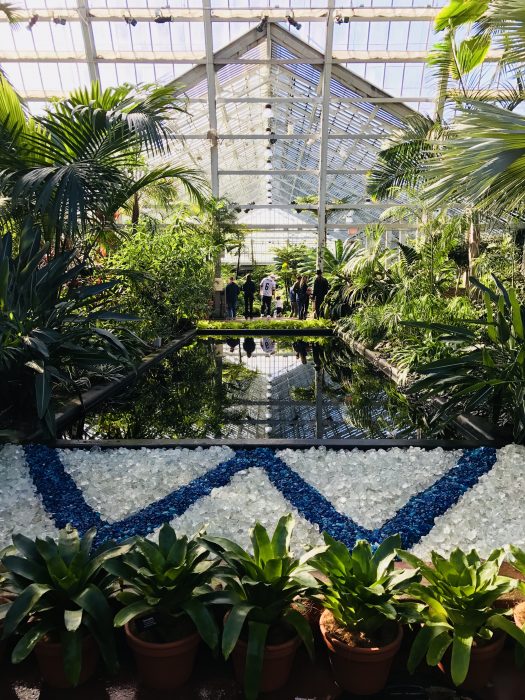 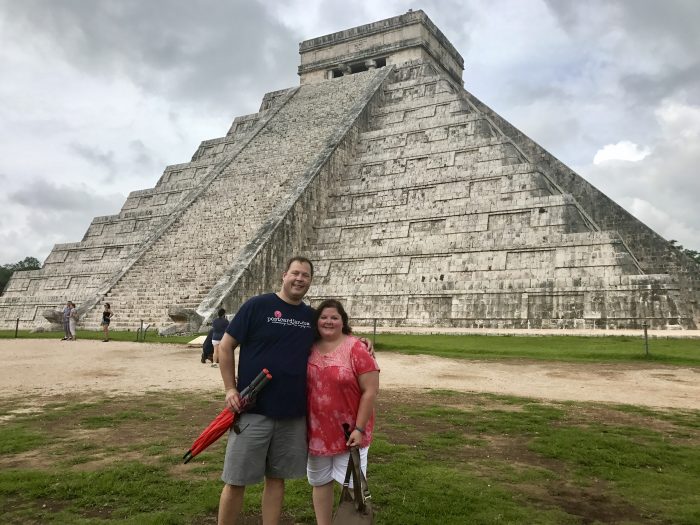 Neither one of us had ever seen one of the Seven Wonders of the World until we visited the pyramid at Chichen Itza in 2017. 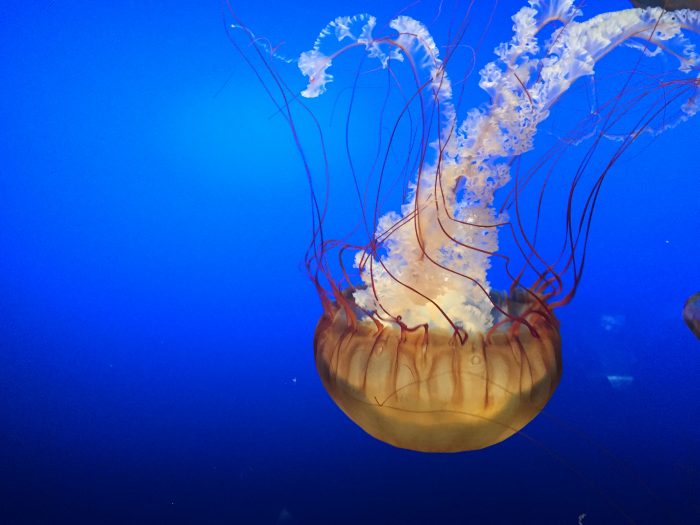 The Henry Doorly Zoo and Aquarium in Omaha, Nebraska, is consistently ranked one of the best zoos in the world and we agree. This jelly fish exhibit is one of our favorites. 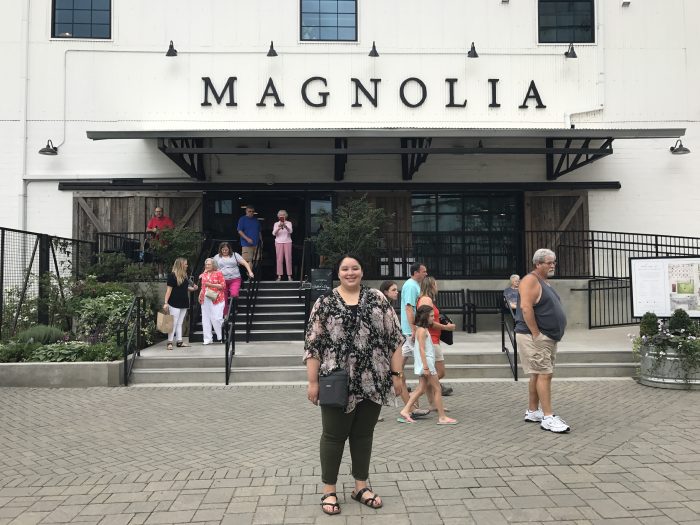 We loved our shopping trip (with our daughter, Meghan) to Magnolia Market in Waco, Texas, this summer. 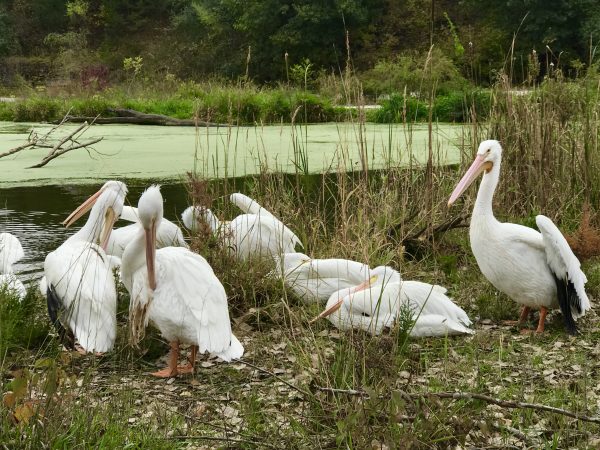 We had seen Garth Brooks once before in Las Vegas (and we met him after the show and you read more about that HERE), so we knew he gave quite the concert. And he did. We were fortunate to see one of the six shows he did in Lincoln, Nebraska, at the Pinnacle Bank Arena this fall. He played all of our favorites like The River, Papa Loved Mama, The Dance, and Friends in Low Places. Garth Brooks is simply one of the very best entertainers in the world and we were so excited to see him and his wife, Trisha Yearwood, live in concert just a few miles from our hometown. 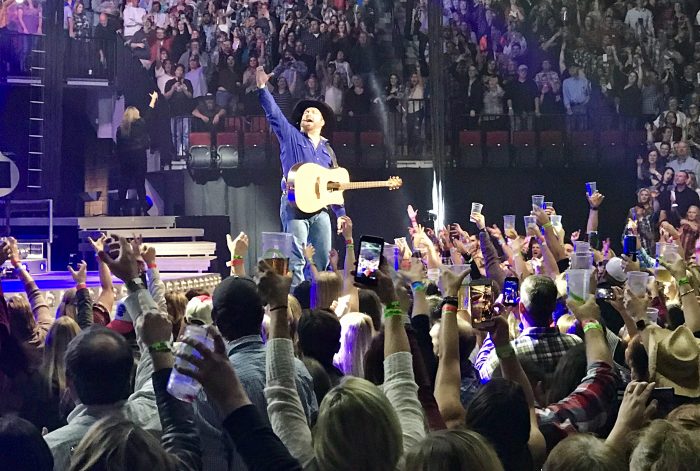 We’d seen him perform once before in Las Vegas and Garth Brooks put on another incredible show at the Pinnacle Bank Arena in Lincoln, Nebraska, this year. 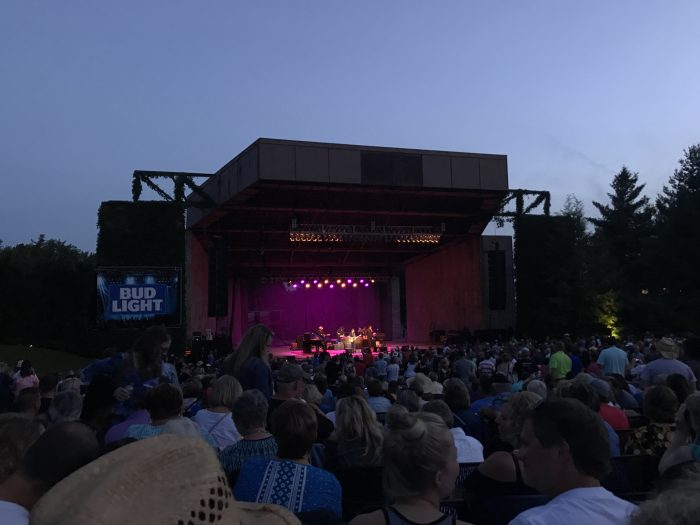 This outdoor amphitheater called the Pinewood Bowl is a Lincoln, Nebraska, treasure. We saw Willie Nelson perform there this summer and were amazed by his guitar playing. 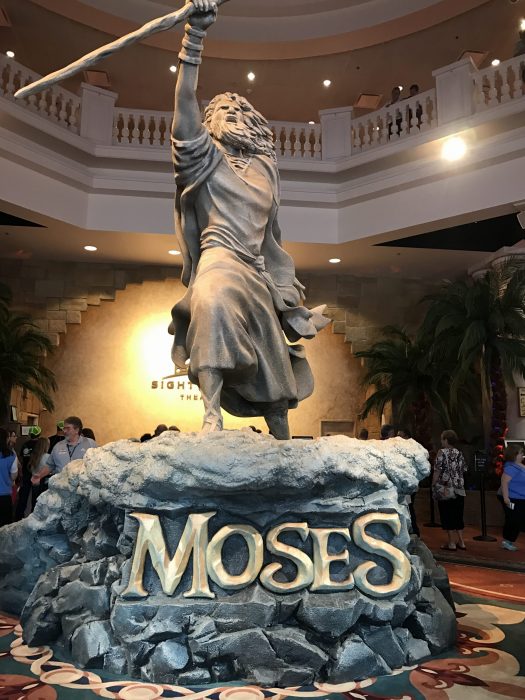 This statue of Moses could be found in the lobby of the Sight and Sound Theater in Branson, Missouri. 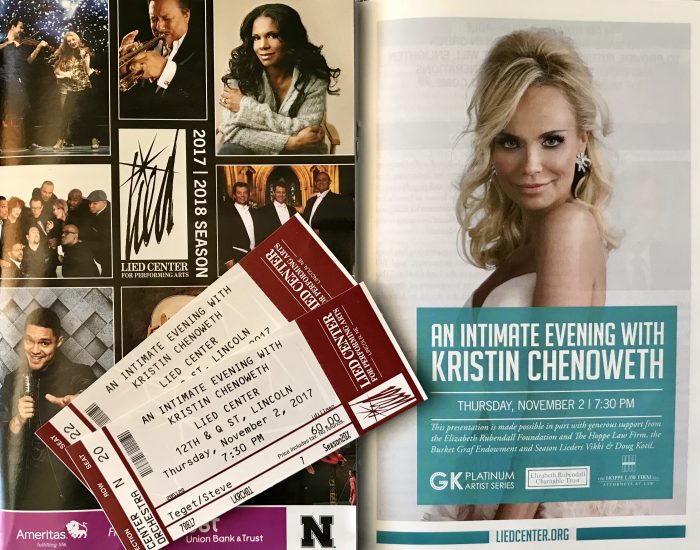 An intimate evening with Kristin Chenoweth was an incredible concert. We love going to concerts at the Lied Center for Performing Arts in Lincoln, Nebraska. 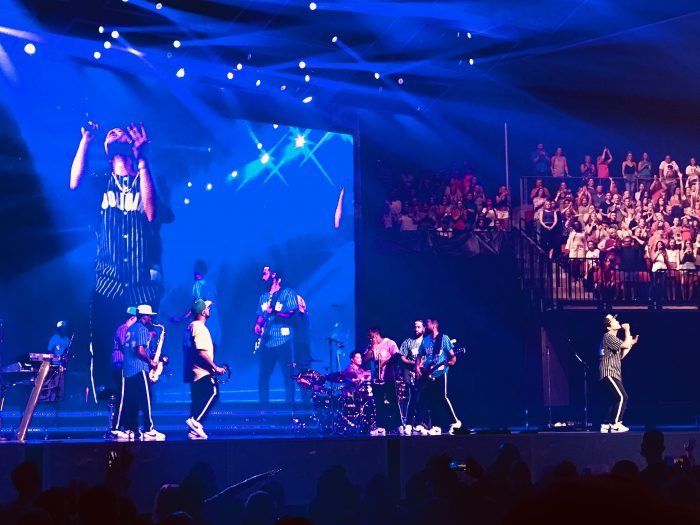 Ann and her sister, Laura, loved the Bruno Mars concert in Lincoln, Nebraska, where he played all of their favorite songs.

At the end of the summer, we decided to take our first trip ever to the Pacific Northwest to see the coast, sip Pinot Noir, and watch our beloved Nebraska Cornhusker football team take on the Oregon Ducks in Eugene. My mom, Carol, went with us and after finishing up classes, our daughter, Meghan, flew out for the game, as well. Sadly, parts of the state were engulfed in flames from a fire that ravaged the area, but we were able to drive to the coast and experience the incredible beauty of the Pacific Northwest. 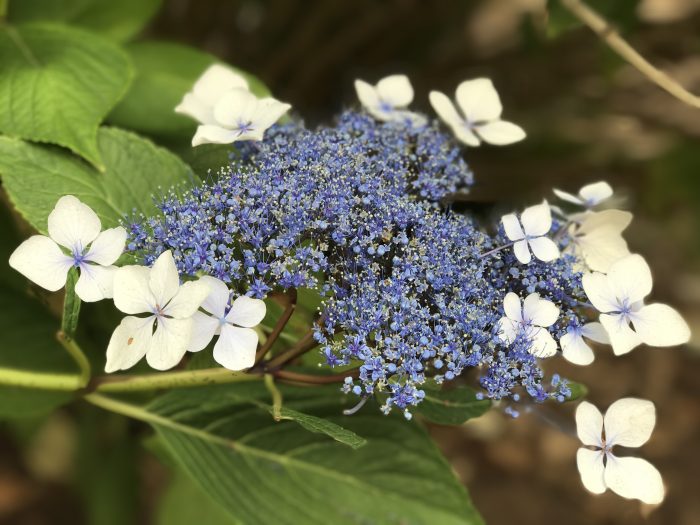 We found this beautiful flower in Astoria, Oregon

We started in Astoria (where the movie Goonies was filmed) and worked our way down the coast with stops at Cannon Beach, Newport, Tillamook, and Carlton. We also enjoyed time in Portland and had a blast at the football game in Eugene. 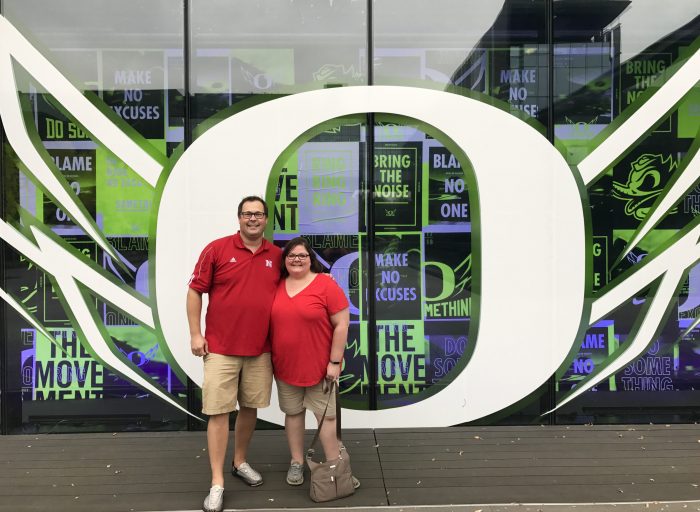 We loved exploring the Pacific Northwest and despite a Husker loss, had a great time at Autzen Stadium in Eugene, Oregon. 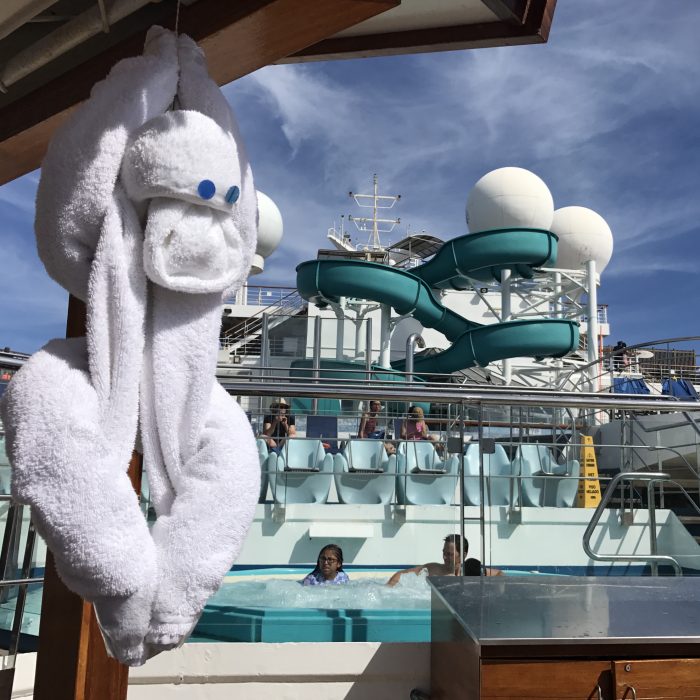 This towel animal could be found at the towel station on the Lido (pool) Deck of the Carnival Valor. 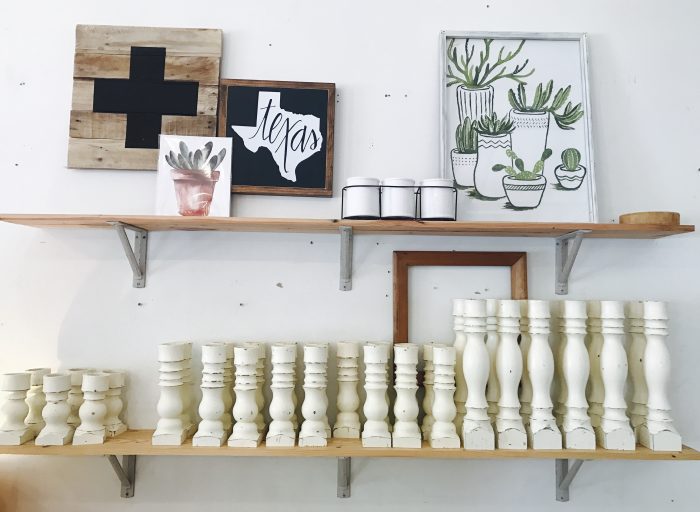 There are many handcrafted wood items at the Harp Design Company in Waco, Texas. Some candlesticks like these came home to Crete with us. 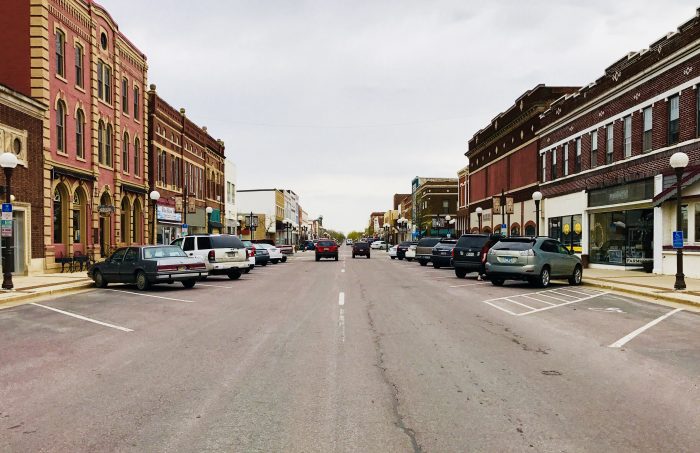 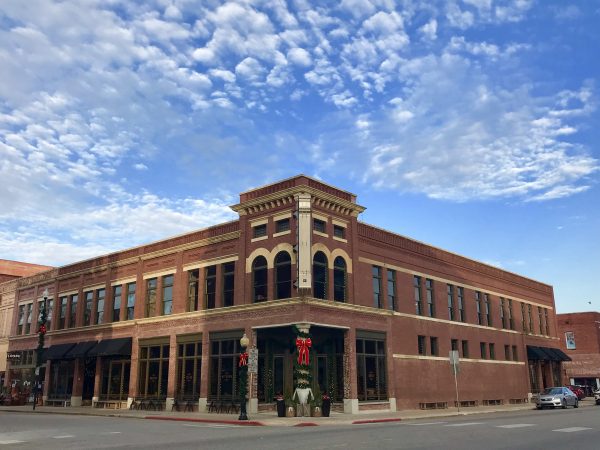 The Pioneer Woman Mercantile on the corner of Kihekah and Main in Pawhuska. 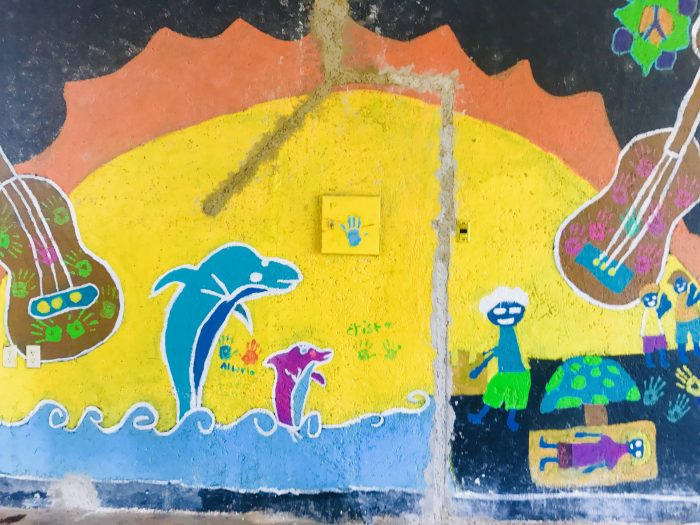 It was pretty overcast when we were in Mexico but colorful murals like this one brightened our day. 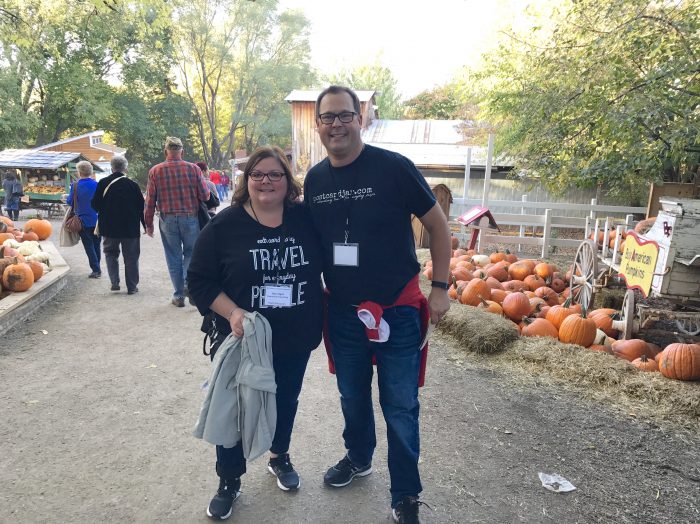 This was the first year we’d gone to Vala’s Pumpkin Patch just off Interstate 80 near Gretna, Nebraska. If we’d only known what we’d been missing! This place was amazing and we can’t wait to go back next fall.

Everyone in Pawhuska, Oklahoma

One of the things we love most about traveling is meeting new people. And, what can we say, we were overwhelmed with the genuine hospitality we received from everyone we met in Pawhuska, Oklahoma, on each of our four visits there this year. From the welcoming staff at the Chamber of Commerce and the young lady who keeps people in line at The Pioneer Woman Mercantile to the cooks and volunteers at the National Indian Taco Championship and ladies who own Handy’s convenience store there, everyone was just so sweet. 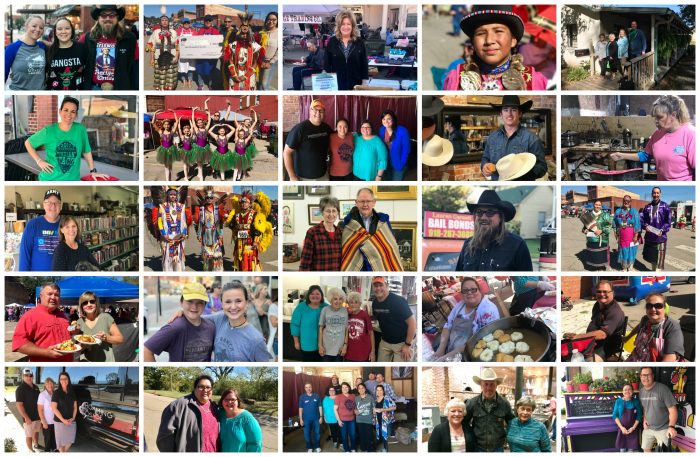 We’ve traveled all around the country and the world and can’t think of a place we’ve ever been that made us feel more welcomed. The people of Pawhuska, Oklahoma are some of the most caring, genuine, loving people we’ve come across in all our travels.

Honorable mentions: Lois and Cornell at the Doubletree Hotel in Rochester, Minnesota; Tim and Dana Colvin at the Raine Motel in Valentine, Nebraska; employees of The Village Pie Maker in Eustis, Nebraska; Lucas Fowler and everyone at Waco Tours; Sara Broers and Lisa Trudell (and husband Tim) from Midwest Travel Bloggers. 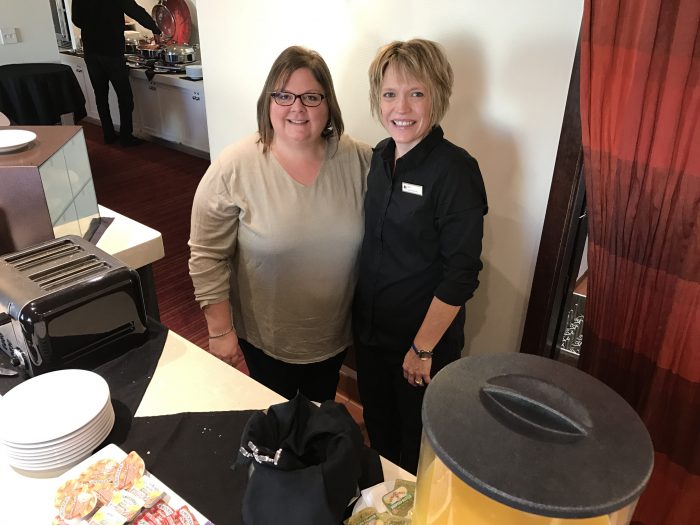 For about 20 years, Lois has made guests of the Doubletree Hotel in Rochester, Minnesota feel both special and welcomed. Always ready with a smile and warm greeting, she makes breakfast a special time of day. 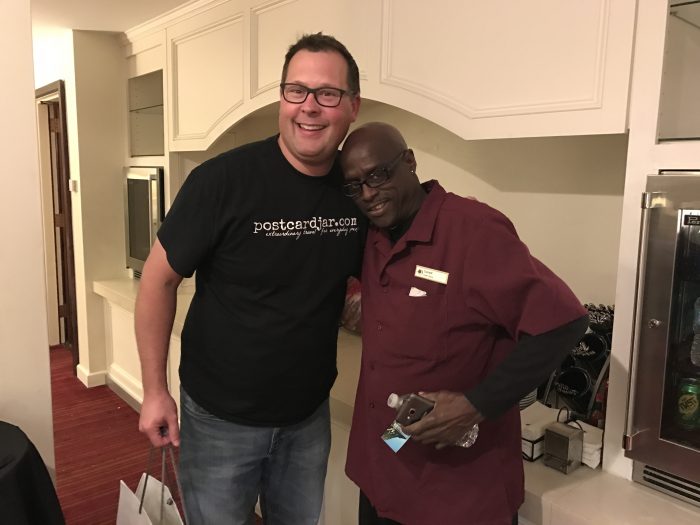 Cornell at the Doubletree Hotel in Rochester, Minnesota, goes above and beyond to make guests feel extra special. Always ready with a warm greeting, he also leaves us extra chocolates on our bedside tables at night. 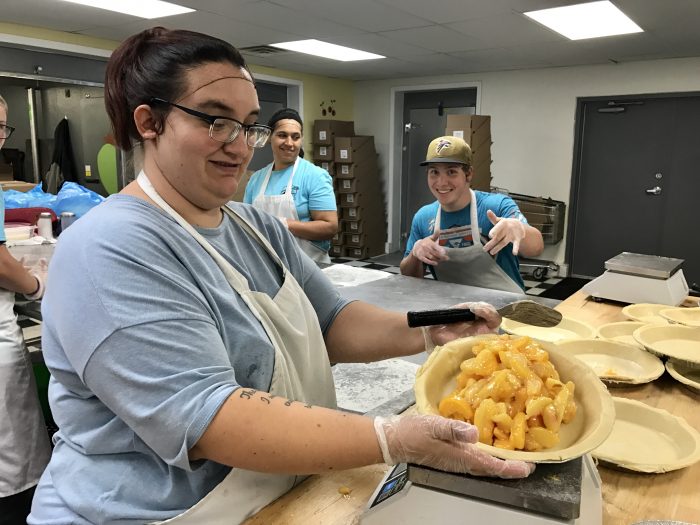 The folks at the Village Pie Maker in Eustis, Nebraska, include a little love in each pie they make. 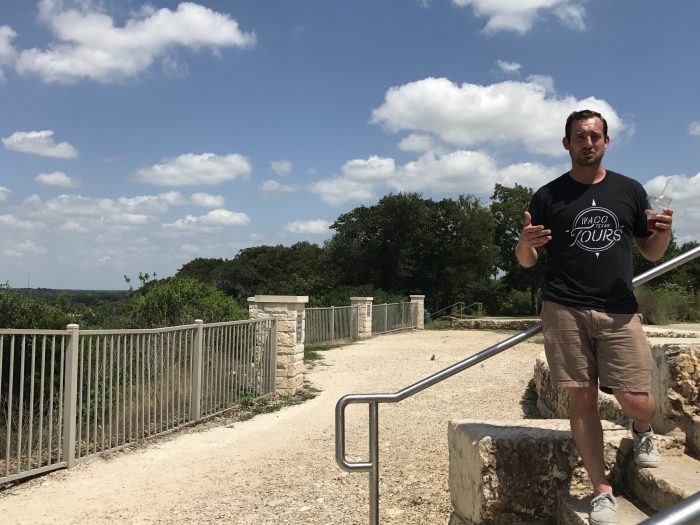 Lucas Fowler is a great guide for Waco Tours, giving guests insight and understanding of his city. Plus, he has a great singing voice! 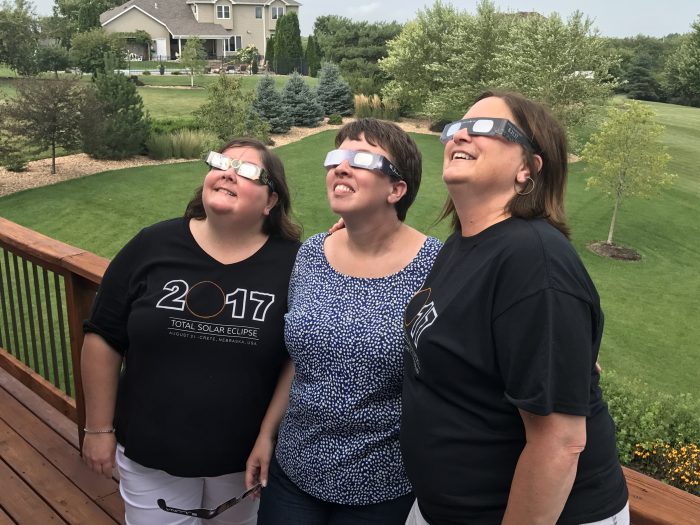 Lisa Trudell (and her husband, Tim of The Walking Tourists) and Sara Broers of Travel with Sara have become good friends. We were thrilled that they traveled to our home in Crete, Nebraska, to watch the total solar eclipse with us.

Coming soon: Part 2 and our best restaurants, museums, views, and experiences of 2017. What were some of your “bests” from 2017? Let us know. We’d love to hear from you.