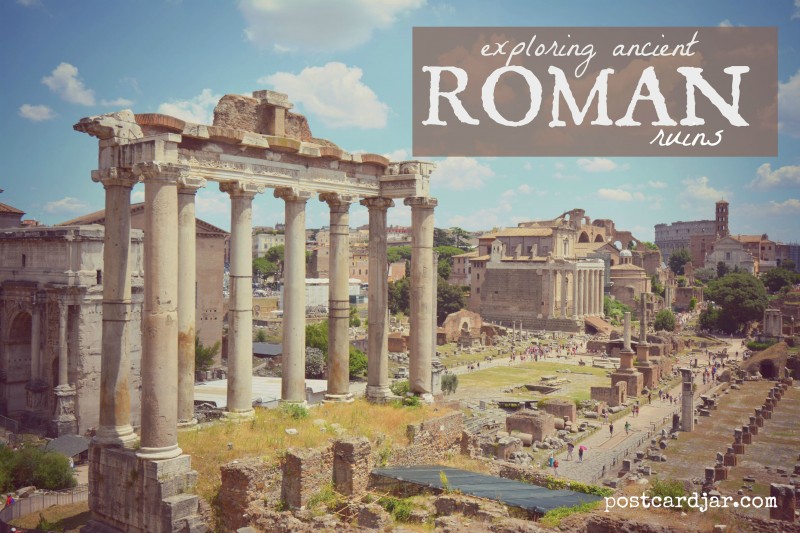 When we stepped out of the car along a roadside overlooking the Roman Forum and ruins, I could hardly believe my eyes. I’d seen pictures of these places in history books, and watched movies like Gladiator that showed these scenes, but nothing quite compared to the standing there and seeing it with my own eyes. I was in awe. I’m still in awe as I look at some of these pictures we snapped that day. 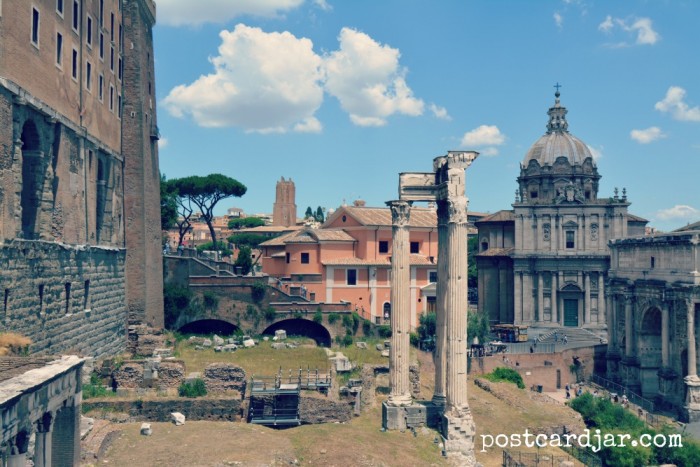 I stood there quietly for several minutes overlooking for the site and then began to recognize the enormity of the Forum as I noticed tiny people walking on the dirt streets below. It was truly amazing. 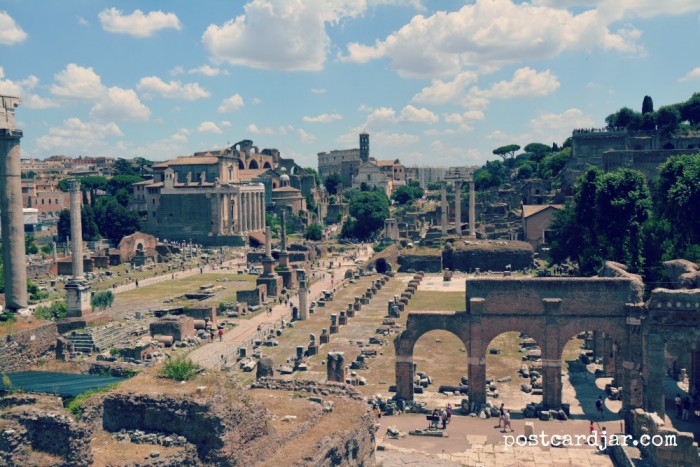 The Roman Forum, which for centuries was the center of Roman public life, is one of the most visited sites in the world today, attracting more than 4.5 million people annually. In a time before Christ, this was a place for processions and elections, a venue for public speeches, and the site where criminal trials were held. 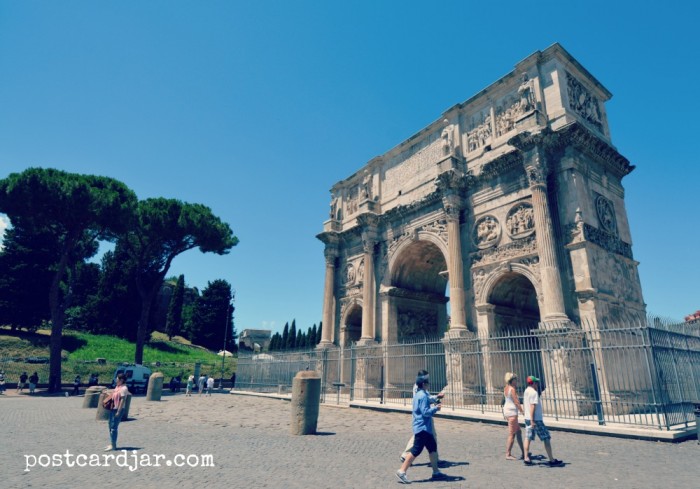 The Forum was also the center for most commercial affairs. Statues and monuments commemorate the city’s great men and it has been called the most celebrated meeting place in the world, and in all history.  What a privilege it was to stand there and admire such a site. The next day, we visited the Colosseum in the city center of Rome. 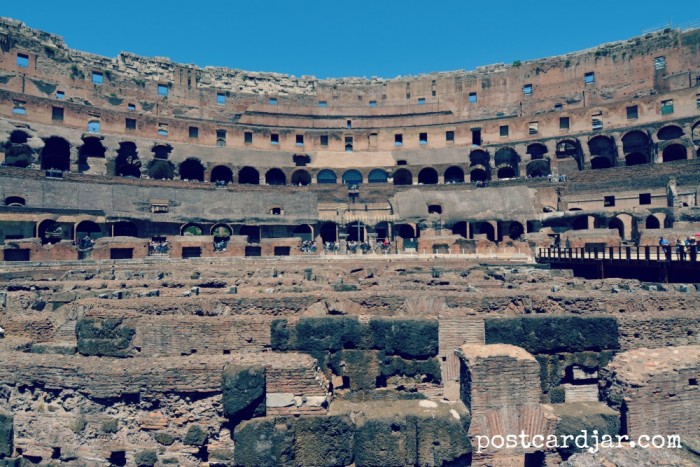 A view from inside the Colosseum.

The Colosseum is the largest amphitheater ever built and is considered one of the greatest works of architecture and engineering ever. Construction began on the amazing site in 72 AD and was completed in 80 AD. It is estimated it could hold between 50,000 and 80,000 spectators.

I’m amazed to think that it took fewer than 10 years to build this huge structure of travertine on the outside and tufa and brick in the interior. The main pedestals were built of marble blocks. 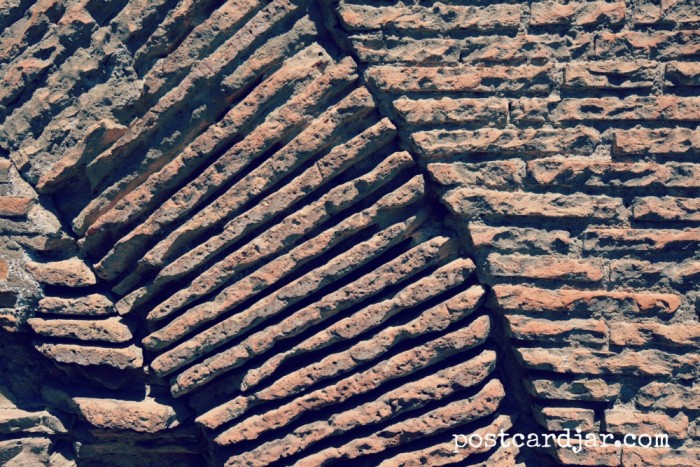 The Colosseum was used for staging various events, 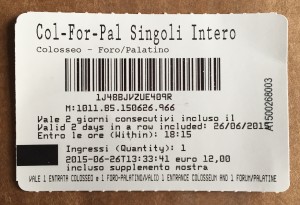 including gladiator fights, wild animal displays, theatrical entertainment, executions, religious ceremonies, mock sea battles, and re-playing famous Roman victories. We paid 12 Euro to visit the inside of the Colosseum and see this historic place where Christians and criminals were executed as midday entertainment. It’s daunting to think that more than 700,000 people died over the years in this bloody arena in the name of entertainment.

[well]This blog post is part of a series about the “20 Things We’ll Remember Most About Our Summer Vacation.” Up next: The Joy of Sidewalk Cafes. [/well]