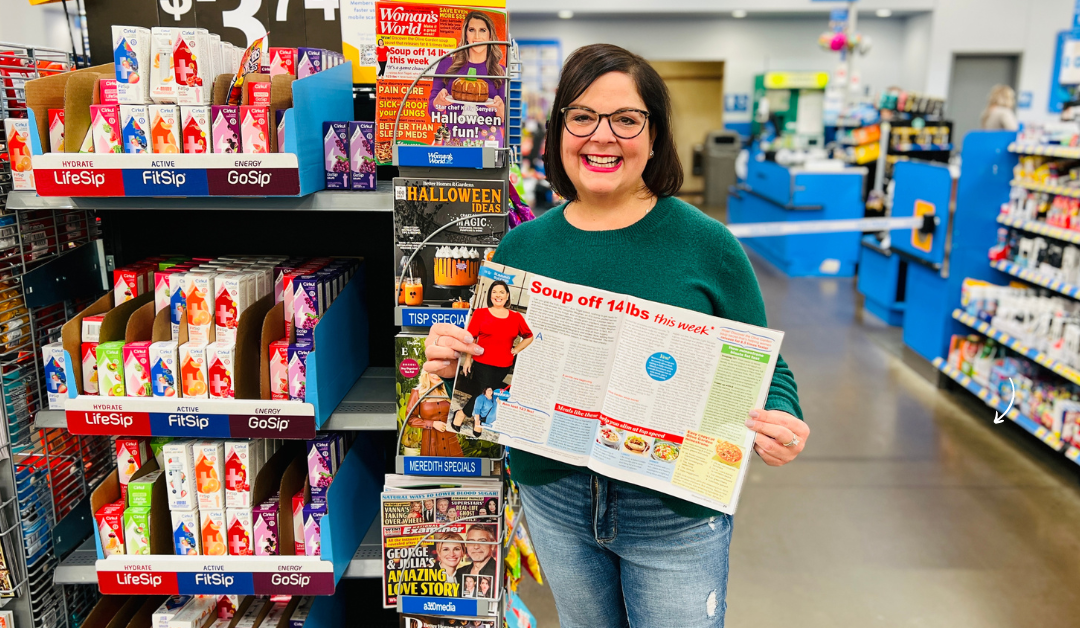 So this happened: I ended up on the cover of Woman’s World Magazine this week! That’s tiny little me in the top left in the red shirt. 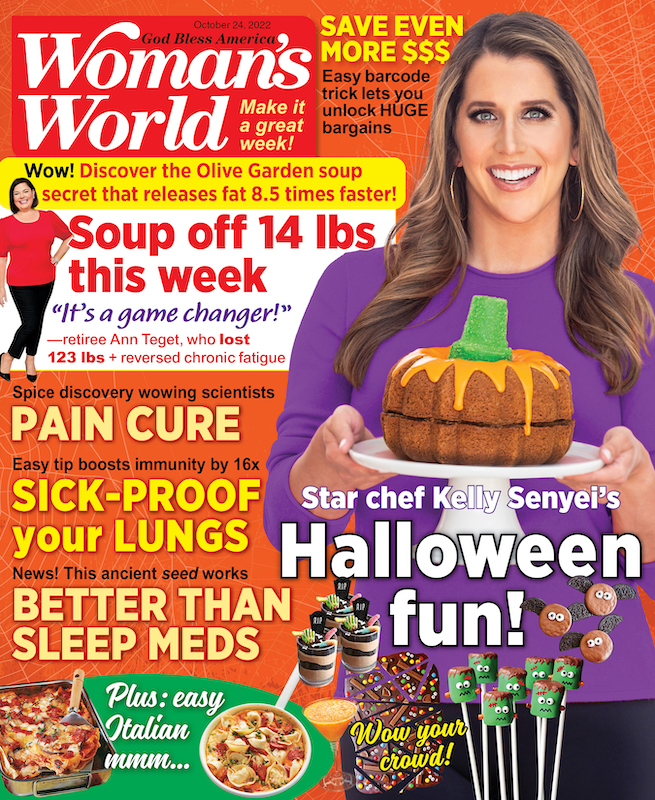 If you pick up a copy at your local grocery store, please be sure to post a photo or video to social media and tag us @postcardjar. Now, you might wonder how this all happened. I’ll admit, sometimes I do, too. Here are details.

How I got on the Woman’s World Magazine cover

In early August 2022, I received an email from an editor at Woman’s World Magazine. She said she’d been following us on Instagram for some time, and even commented on my recent heart surgery. She said she was writing to inquire about featuring me in a weight loss story all about soup. 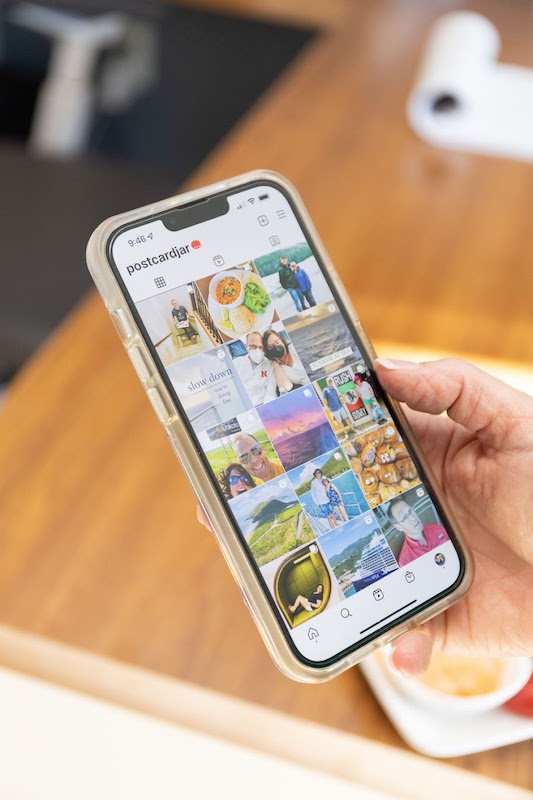 Was I dreaming? Someone wants to feature me and my love of homemade soup? My husband, Steve, and daughter, Meghan, (who were away on a father-daughter trip and who agree I can be a little obsessive when it comes to soup) were never going to believe this. The editor said that if I agreed to participate she would submit the story idea and would be in touch. I was fine with her pitching the story but figured we wouldn’t hear anything more. We’ve had other inquiries like this in the past, but nothing ever came from them.

What happened next with Woman’s World

As a part of the story idea approval process, the editor sent me a long list of questions about my weight loss, favorite soups, and what inspires me. Not long after that, she said her pitch was approved and they wanted to move forward – with my soups as the star. [CLICK HERE to get three of our soup recipes for FREE!] 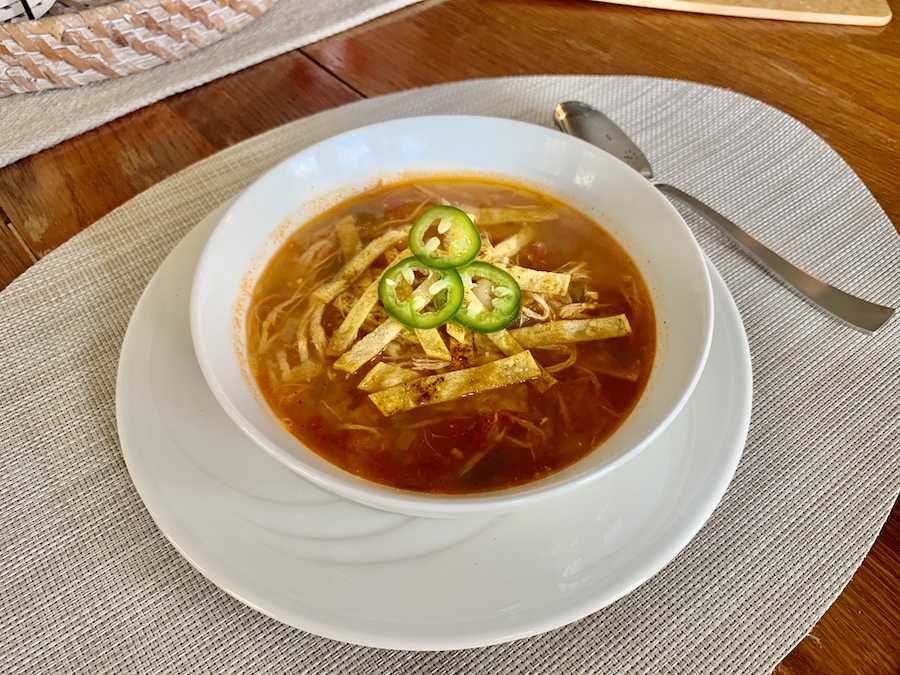 Things I considered before moving forward

There were a lot of things I considered before moving forward with the article. First, I wanted to familiarize myself more with the publication. I had seen it on the shelves at the grocery store, but hadn’t ever purchased a copy and read it. 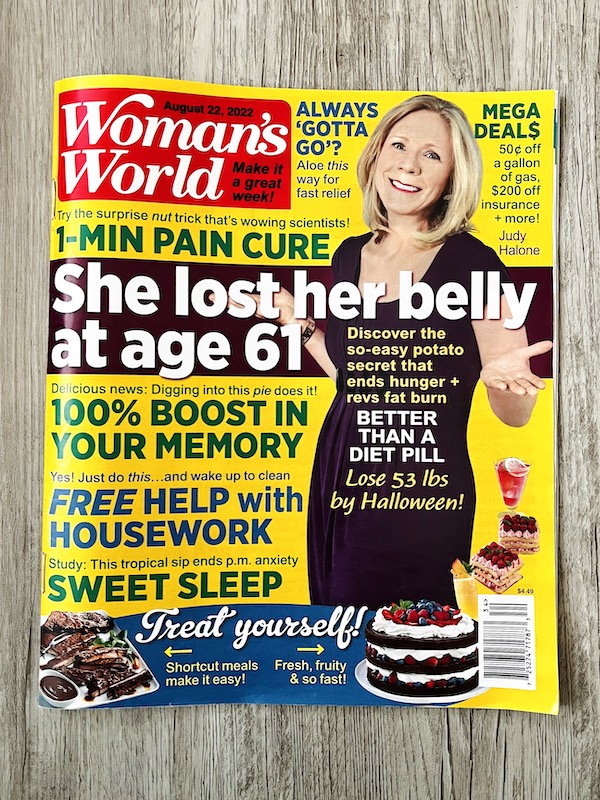 To be honest, my first impression was not a good one. The headlines on the magazine cover were attention grabbing but highly exaggerated. “FREE help with housework,” “1-minute pain cure,” and “Lose 53 pounds by Halloween!” Even more outrageous. – “Get 50 cents a gallon off gas!” So, let’s just say I was skeptical. But then I opened the magazine and read page after page of uplifting, encouraging articles about real women like me. There were articles about self care, simple ways to thank first responders, and the healing power of flowers. 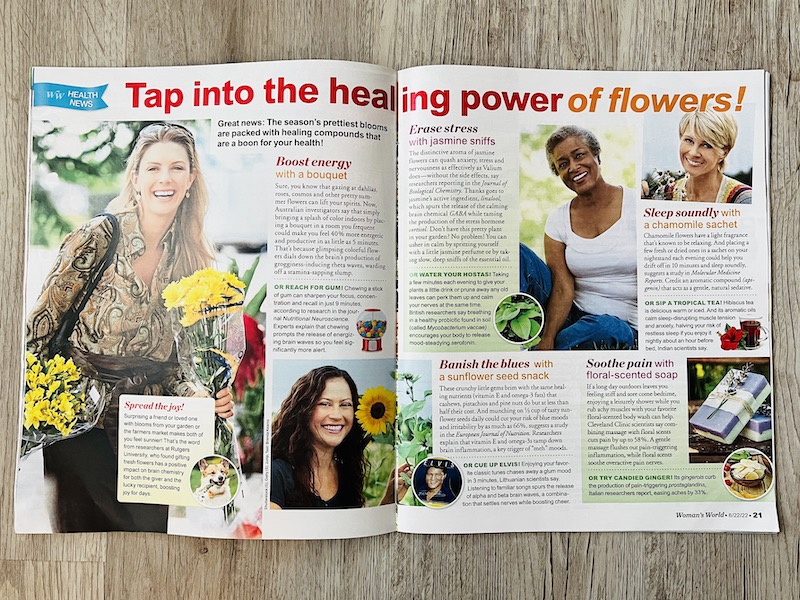 I quickly found myself engulfed in the publication and feeling both entertained and uplifted.

Would the story about me be accurate?

Still concerned about my story being authentic, I decided to to a little more research. I was intrigued by the cover story about a woman named Judy Halone who lost 61 pounds by incorporating a plant-based diet. So, I contacted her by phone and asked her about her experience with Woman’s World. 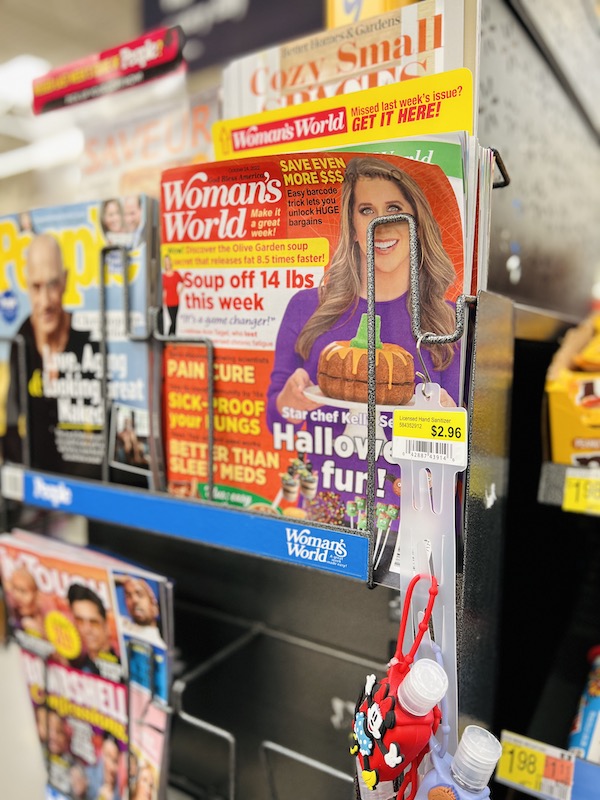 Judy assured me that despite the embellished headlines, her story was accurate. In addition, she was overwhelmed by the positive response it had on readers. She said the article about her weight loss journey had inspired many others to take steps toward a healthier lifestyle, and for that, was grateful.

I spent some time contemplating the risks vs. rewards of participating in an article and also prayed about it. I decided that this was a great opportunity to share my story of how a person can adopt a healthier lifestyle by focusing on nutrition, movement, and self care. 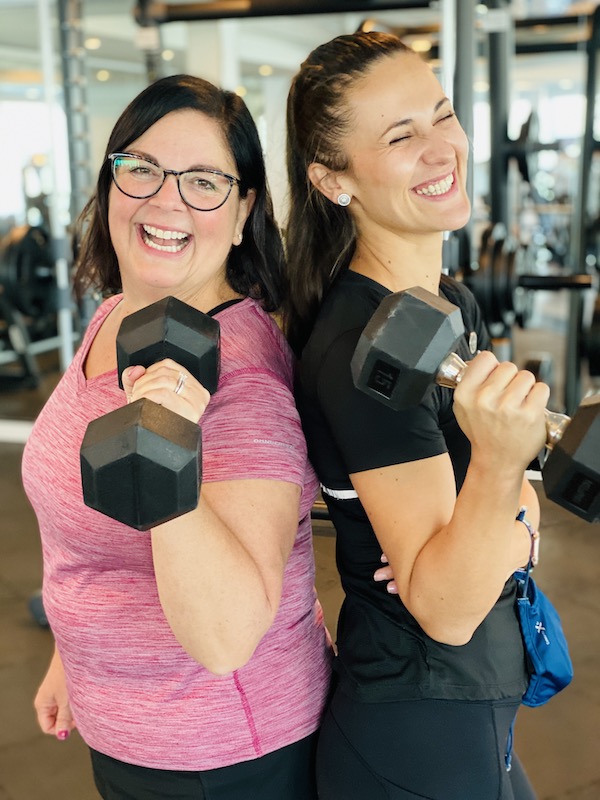 I wanted to show other women that they can take steps toward their health and wellness goals and that we all have the power to change our habits and behaviors. So, I said yes.

Next, Woman’s World set up everything for a photo shoot in our home. They made arrangements for Dana at Suite 8 to do my hair and makeup and booked Kate DeCoste Photography to shoot the photos for publication.
They asked me to wear jeans or black pants along with a very specific type of top. It needed to be jewel toned with a rounded neckline. They wanted my top to be short sleeve or 3/4 sleeve and for the shirt to have a snug fit.  When I received the request, we were at our vacation home in Pawhuska, Okla. So, I had to do my best to imagine what I had back in my closet in Nebraska. 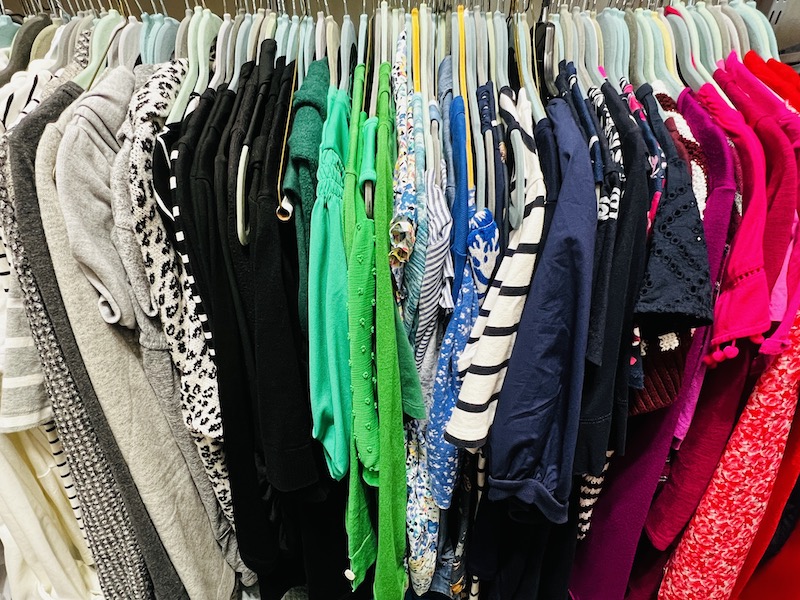 With little time before returning home for my photo shoot, we made a quick stop in Wichita where I found two new tops that fit the description. I also found a red shirt in my closet that I had purchased for $4 at Goodwill for another blog project. I threw that one into the mix, as well. The next day, I sent several snapshots of me in the tops and the photo editor picked a few she liked best. 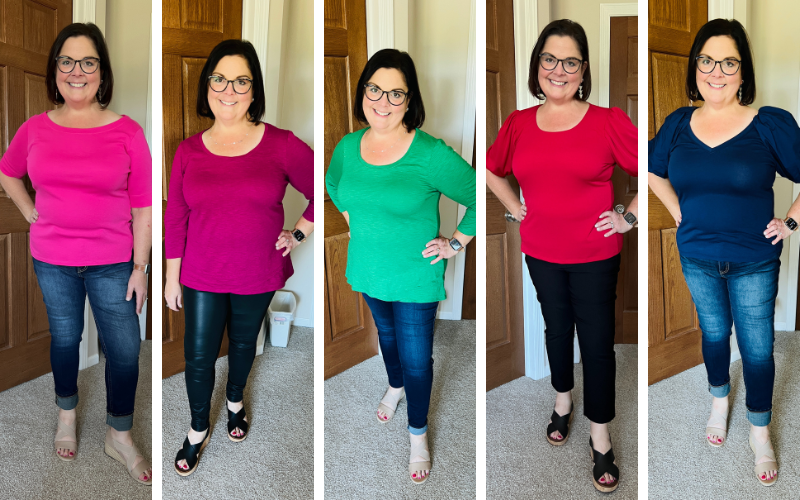 They also asked me to wear black heels or wedges. I didn’t have a wedge shoe, but found a pair on clearance at Target. Funny story: when I put them on the morning of the photoshoot, one was missing a strap. I just went with it, tucked the part of the shoe that was there under my jeans and did my best to not fall down.

Hair and make up for Woman’s World photoshoot

My photoshoot was Sept. 2 and it went well, thanks to the sweetest, most professional women the magazine hired. Dana did a great job with my hair and makeup and assured me I would look fab! 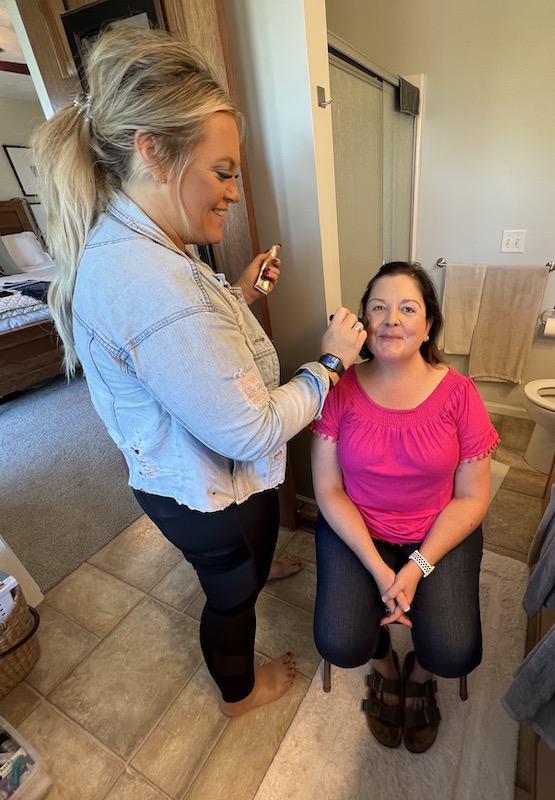 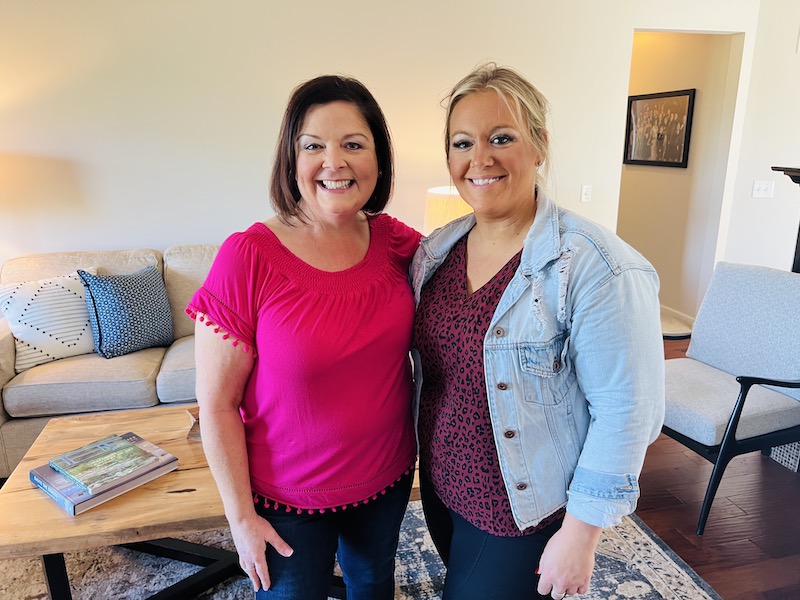 Photographer Kate DeCoste was amazing! She helped ease my nerves and showed me how to pose. We took photos with my hands up, and my arms down. With glasses, and without. She shot me in the living room, outside on the deck and in the kitchen. We even took about 400 photos of me with my homemade minestrone soup! 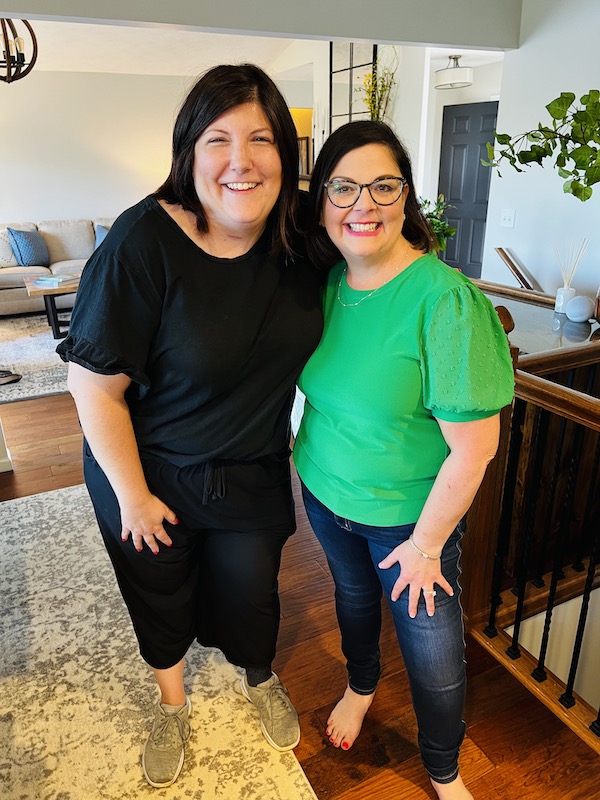 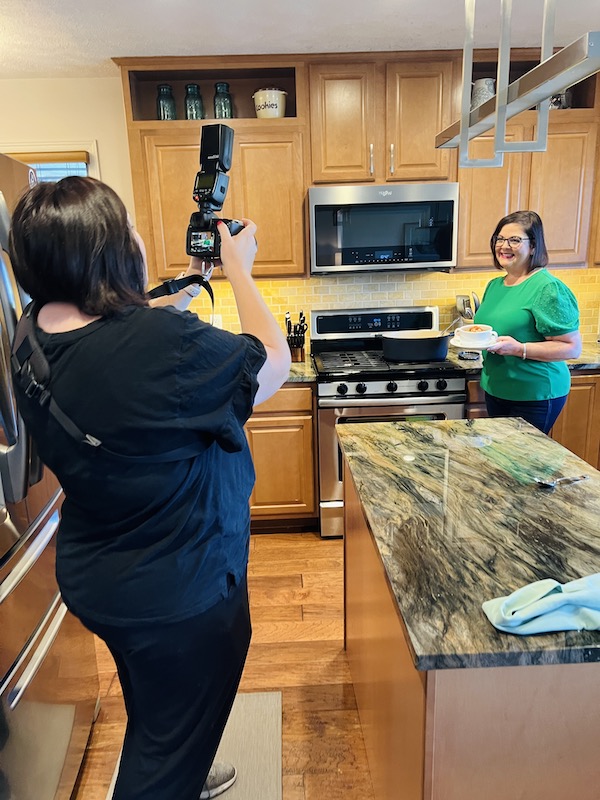 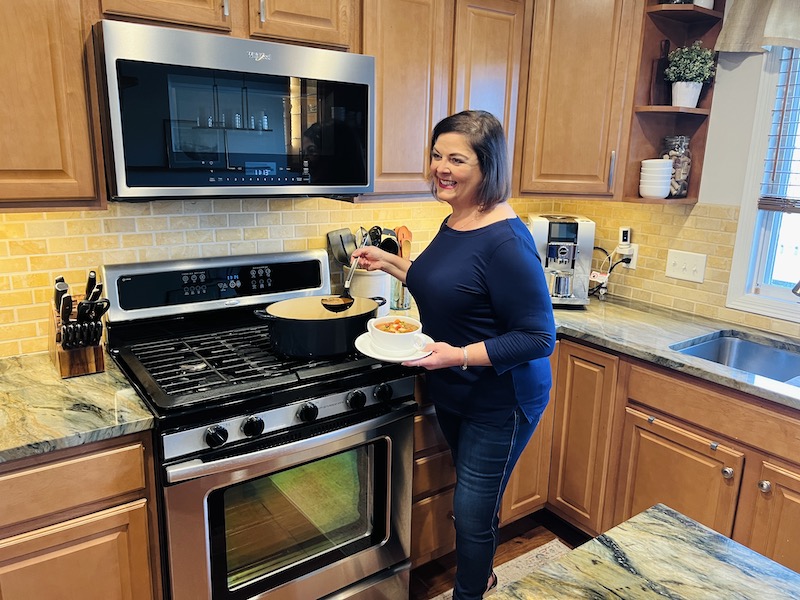 My interview with Woman’s World Magazine

A couple of weeks later, I did a phone interview with the editor and shared my healthy living journey guided by the Noom weight loss app. She asked about how it all started, what helped me lose weight, and what role soup played in my success. The conversation lasted for more than an hour. 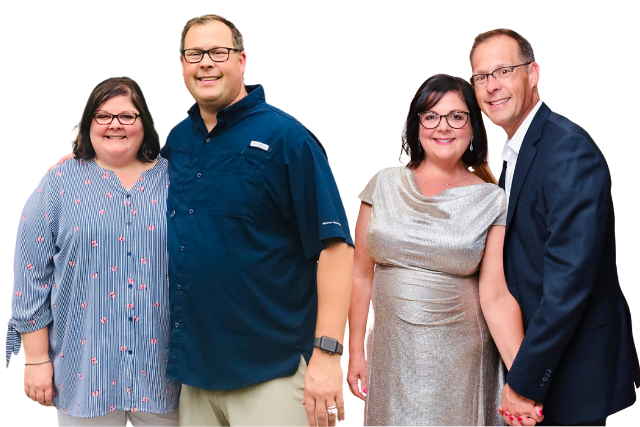 At the end, I felt good about it and hoped my journey might encourage someone else who wants to make a change. I made sure to mention that with Noom, no foods are off limits and how choosing low-calorie dense foods made a big difference for both me and Steve. I emphasized that my weight loss was slow, but that I lost an average of one pound a week – for more than 120 weeks! And, both of us have kept the weight off since losing it.

I was also happy to share about the Mayo Clinic’s Healthy Living Program. My experiences at the HLP helped me adopt an attitude of experimentation with my healthy living journey. There, HLP staff encouraged me to try new things. If I don’t enjoy it (bungee exercises) or don’t stick to it, it doesn’t mean I’m a failure. I just need to try something new (like Yoga). 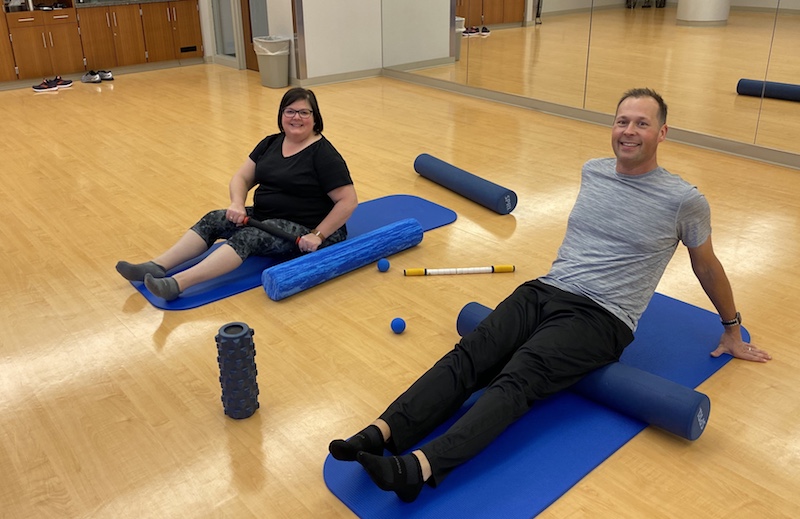 Once the article was done, someone from Woman’s World called me and read the story back to me to check for accuracy. While some of the stories I shared were dramatized a bit, they were largely accurate.

Finally, the magazine is published

Soon after that, they let me know that my photo would be on the cover. The Woman’s World issue with my story began hitting the shelves around Oct. 13. My photo is on the Woman’s World Magazine cover next to a headline designed to grab attention. 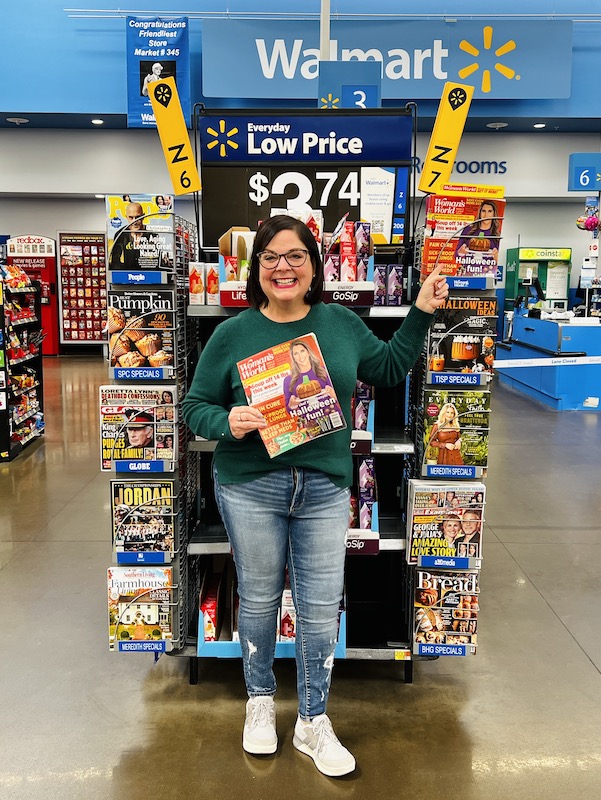 I assure you I did not lose 14 pounds in a week eating soup and don’t recommend you try. Inside, there’s a two-page spread with my story and a couple photos of me. I find it hilarious that after all my hurried shopping in Wichita, the photo they decided to use was me in the red shirt already in my closet that I’d purchased for $4 at a thrift store! 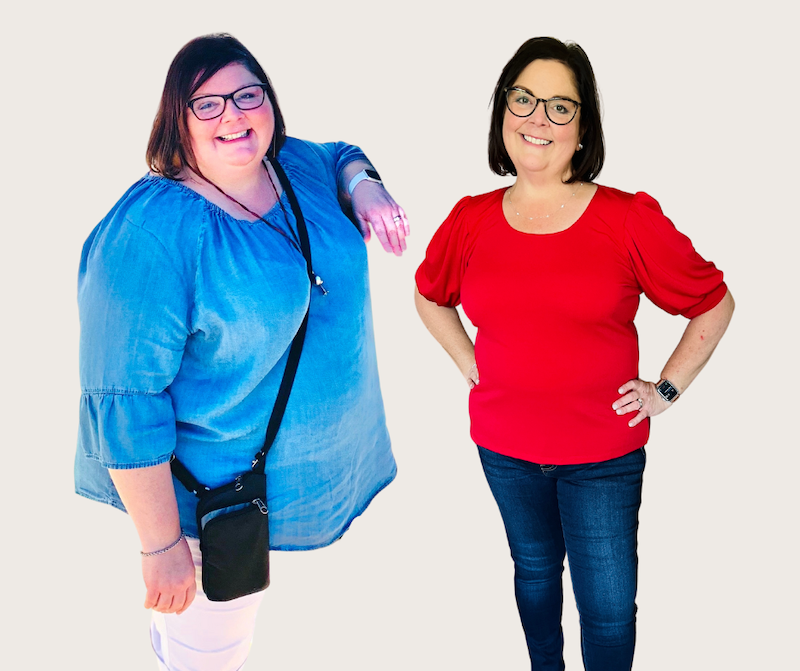 As the magazine hits the shelves, I sincerely hope that my story will serve as an inspiration to others who are seeking to live and travel well. Sure it’s fun to be in a magazine, but honestly, that means little compared to the opportunity this has given me to encourage others to take positive steps in their own wellness journeys.

Woman’s World Magazine has a circulation of more than one million copies per week and outsells all other publications at retail. According to its Facebook page, it “delivers a feel-good mix of heartwarming human interest stories and practical everyday solutions for work and home.” I have to admit, I really enjoyed this experience. We live in a world filled with fad diets and unsustainable plans. I am grateful to Woman’s World for showing that weight loss and health goals can be achieved in a safe and sustainable way. Focusing on changing my habits and behaviors around food, movement, and self care made all the difference. I pray my story encourages someone who is struggling – and that’s why I was willing to tell it.

If you pick up a copy of the magazine, be sure to post a photo or video to social media and tag us @postcardjar. We’d love to hear what you think of it.

Get three FREE soup recipes! CLICK HERE to get three of our tasty soup recipes to kick-start your healthy living   journey!