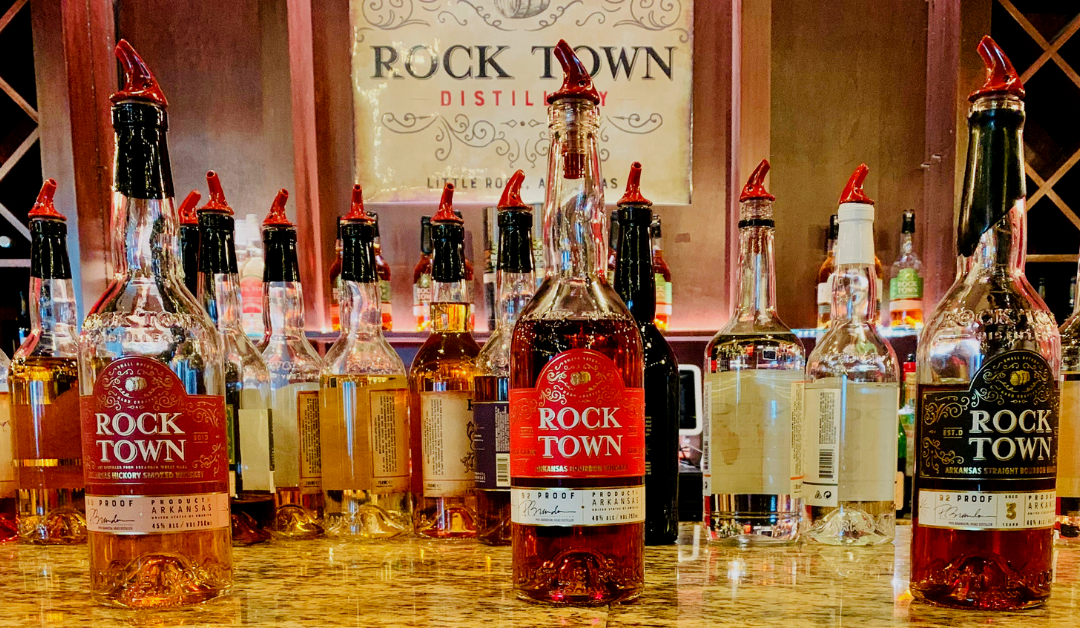 Truth be told, I hadn’t planned to do any day drinking when we rolled into Little Rock, Arkansas. But the federal government shutdown had shuttered the Clinton Library that we’d intended to visit so what’s a boy to do? We needed a backup plan fast and happily discovered Rock Town Distillery.

The first legal distillery in Arkansas since Prohibition, Rock Town offers a great bar area with well-crafted cocktails. We sat here for a few minutes waiting for our tour, and I could easily envision spending our afternoon right in this spot. 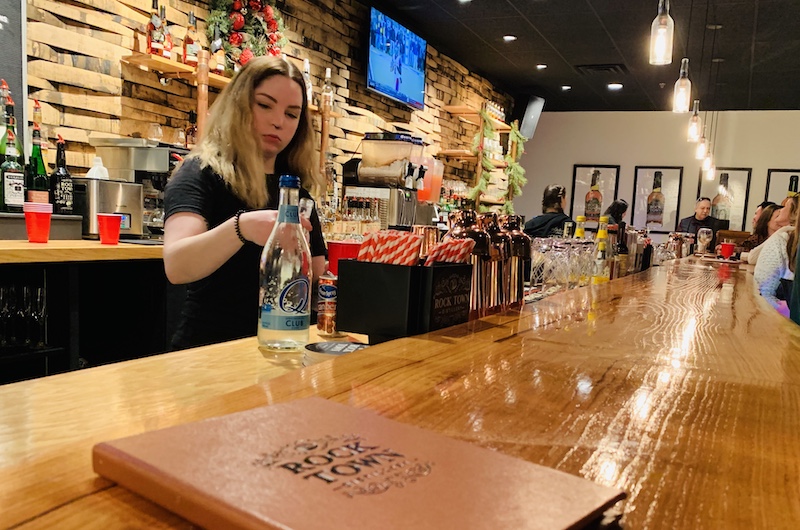 As appealing as it was, however, we didn’t go to spend the day at the bar. We’d gone for a tour and tasting, because frankly, we didn’t know much about distilling spirits and we’re always up for learning something new.

The tour of Rock Town Distillery

The tour started, and our first stop was the room where the spirits go to age. Over the course of several months to many years, the clear spirits put in these oak barrels become whiskey like bourbon or rye. 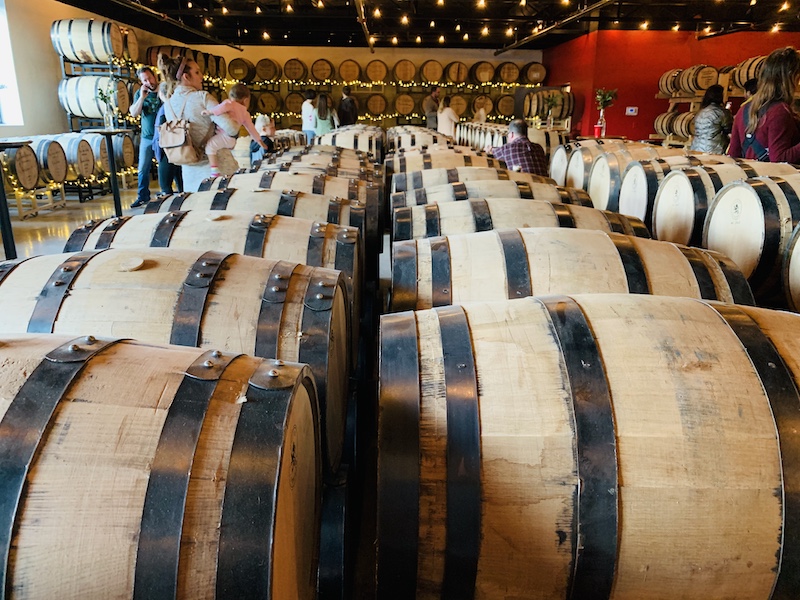 When we walked in, I immediately noticed the room was quite cool. Soon, the guide explained that this room has no climate control other than opening or closing windows. Instead, the temperature fluctuations that occur throughout the year help in the aging process of the spirits. Apparently, Little Rock has a great climate for whiskey making because the temperature changes make the barrels slowly expand and contract, thus moving the spirits across the walls of the oak barrel allowing them to pick up flavors and character from the toasted wood. As fascinating as that is, I just said a quiet thanks that we visited in cool December instead of hot July. 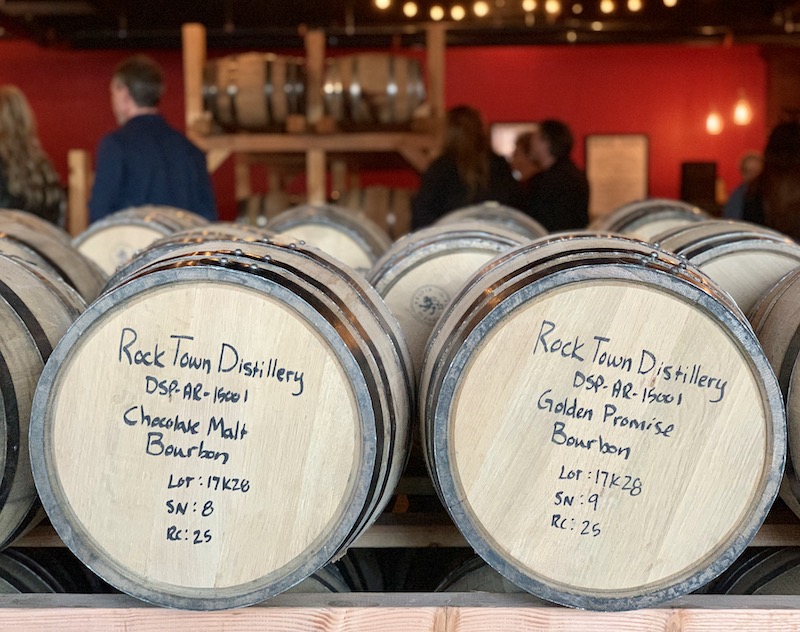 The tour continued with a discussion of the ingredients in the spirits. Corn is the primary grain used, along with a mix of other grains. 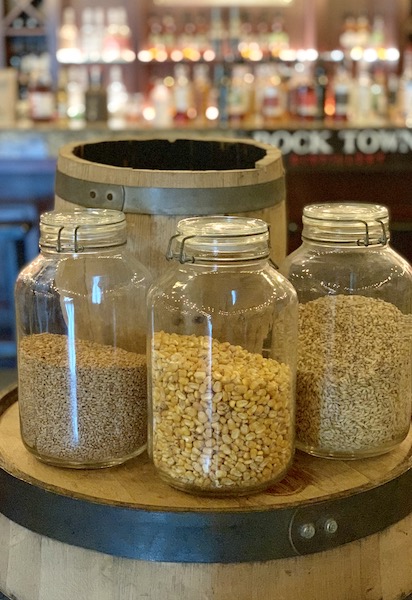 The grains are cooked into a mash which is left to ferment before being distilled. For that part of the process, we headed to a different room, the one that houses the still. 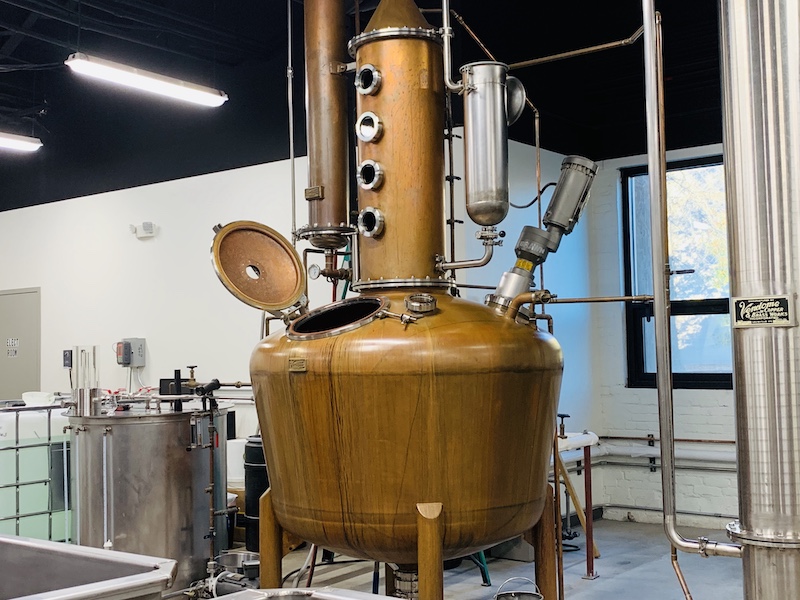 After the mash has fermented, it’s time to take the alcohol. The mash is boiled in the still, and the alcohol vapors are collected. They condense and go into a storage container. Then, the still is cleaned before the alcohol is boiled a second time, further purifying it. At that point it is vodka and can be bottled, put in barrels to age into one of the whiskeys they make, or distilled again through some aromatics to make gin. Who knew gin is basically flavored vodka?

Our Tasting at Rock Town Distillery

After the 30-minute tour, we went back to the bar area and began the tasting portion of the day. We sat at tables and they gave each of us a little plastic cup (like the ones you take cough syrup with) into which they poured samples. They also provide a larger plastic cup into which we could dump anything we didn’t want to drink. I’m glad we had that. Not because the spirits weren’t tasty, but because even 10 small samples was too much for us. 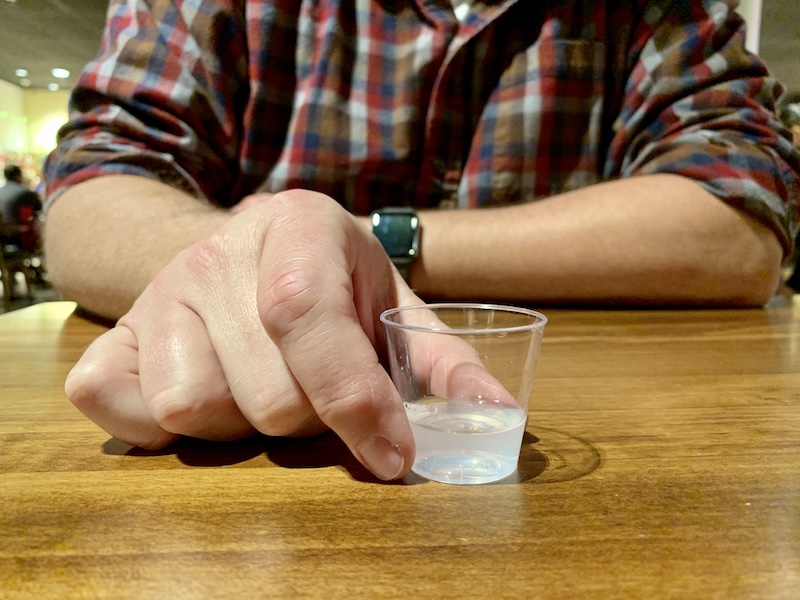 After we tried our second sample, we saw a basket of cheesy puffs go by. It turns out the bar offers a large basket of these crunchy orange treats for only $1, so we bought one. We sat, chatting, munching and listening as the process behind each sample was explained. As we neared the end of the tasting, we also neared the end of the surprisingly delicious cheesy puffs. Ann demonstrated her true love for me when she let me have the last one.

Before leaving, we stopped and looked in Rock Town Distillery’s shop where you can buy the spirits you just sampled. The prices even seemed very reasonable. 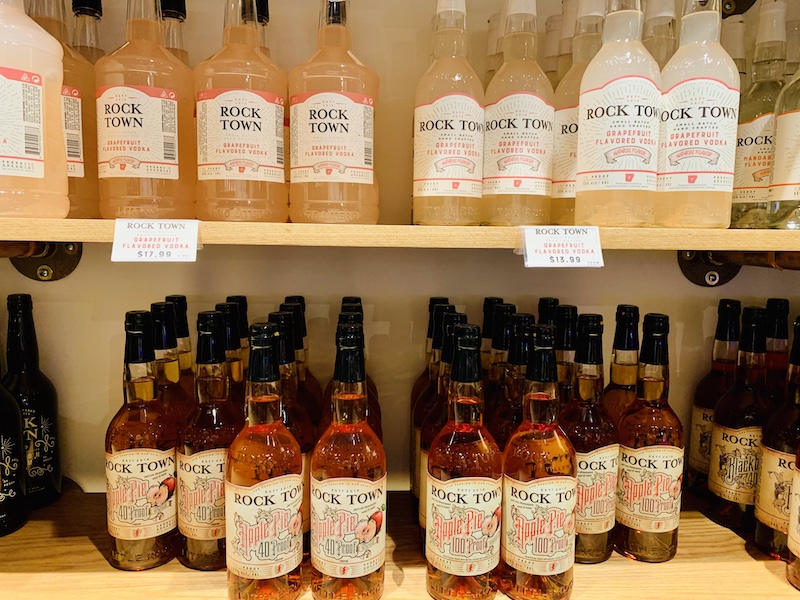 We purchased one bottle that we plan to give to someone special for Christmas. Yes, we are starting our shopping early this year. I just hope we can remember where we put it when December rolls around. 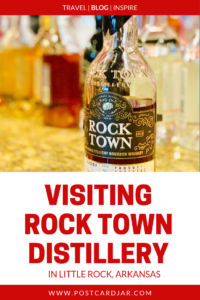