8 tips for your visit to The Walmart Museum in Bentonville, Arkansas 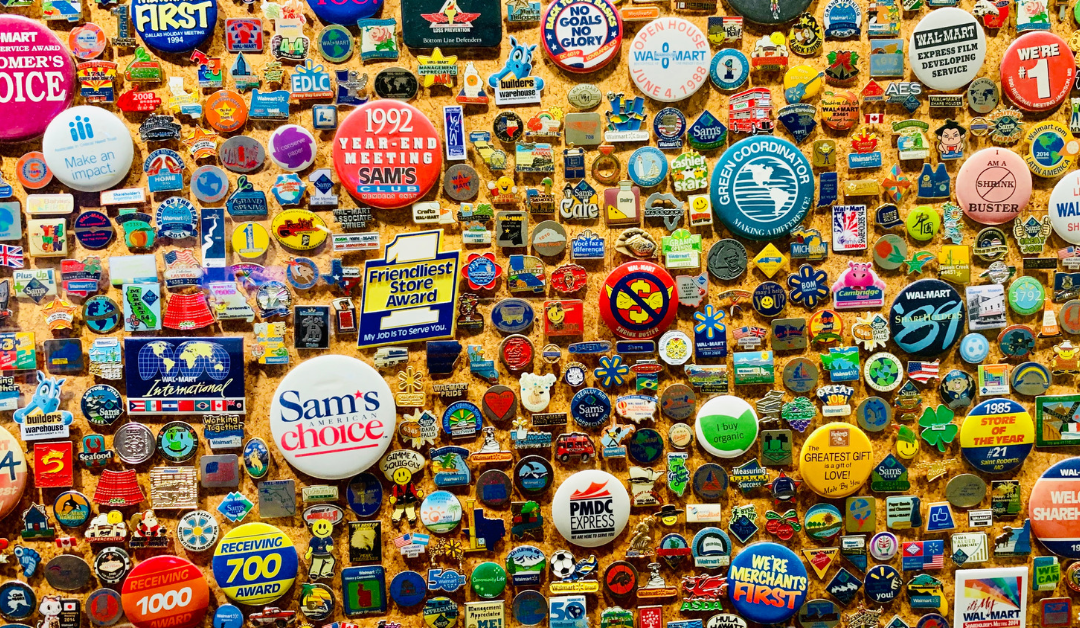 There are a few things you should know before you visit The Walmart Museum in Bentonville, Arkansas. When we road tripped across the South recently, Bentonville was the first stop on our 5,000-mile journey. We’d never been there, but knew that it was the birthplace of one of the world’s most successful and recognizable retailers — Walmart. When we rolled into town and saw The Walmart Museum on Main Street, we knew we just had to stop. We had an hour or so so spend at the museum and were surprised that we learned more than expected. If you’re in the area, it is definitely worth checking out.

To help you prepare, here are eight tips for your visit to The Walmart Museum in Bentonville.

PIN THIS FOR LATER 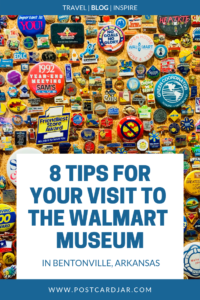 1. Put away your wallet

You won’t need your wallet — admission is free. That’s right, you can take a self-guided tour around The Walmart Museum and it won’t cost you a dime. The museum is in the original 5&10 that Sam Walton opened in 1950 on Bentonville’s town square. There you can see memorabilia from the early days in the store. The exhibit gallery is chock full of family-friendly displays that tell the story of Walmart’s rise from one store front in Arkansas to worldwide success. 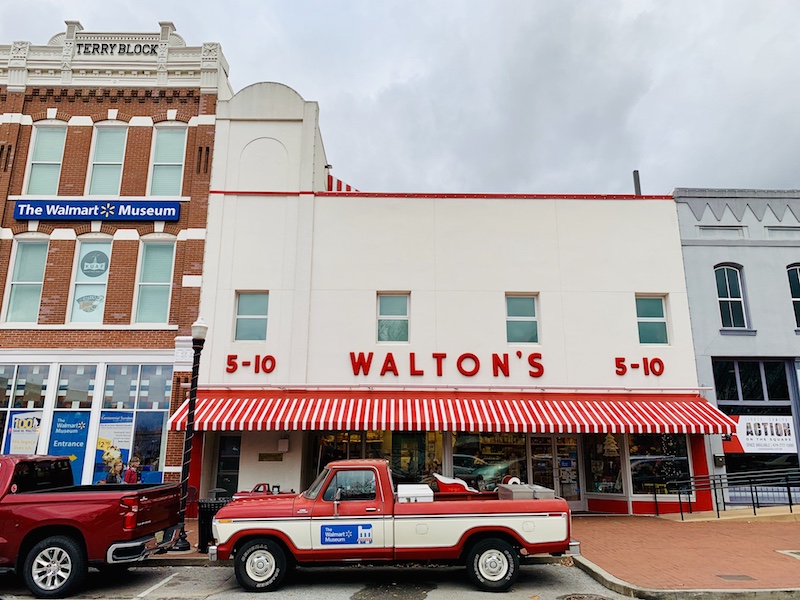 Take advantage of evening hours if you can. We love that The Walmart Museum is open until 9 p.m. most nights and until 10 p.m. on Fridays and Saturdays. It’s a perfect attraction for those who arrive in Bentonville after work or late in the day. With lots of excellent restaurants and retailers nearby, The Walmart Museum is a great stop before or after dinner.

One of our favorite exhibits was the well-preserved office of founder and CEO Sam Walton. Workers carefully photographed, catalogued, and removed the contents of Walton’s office after he passed away in 1992. They even included the wood paneling and carpet! Next, they reconstructed the office in the museum exactly as it had been for all to see and reflect. His chair did not seem as worn as I had expected, likely because Sam spent little time there. Instead, he spent much of his time out in stores with front line employees and customers. 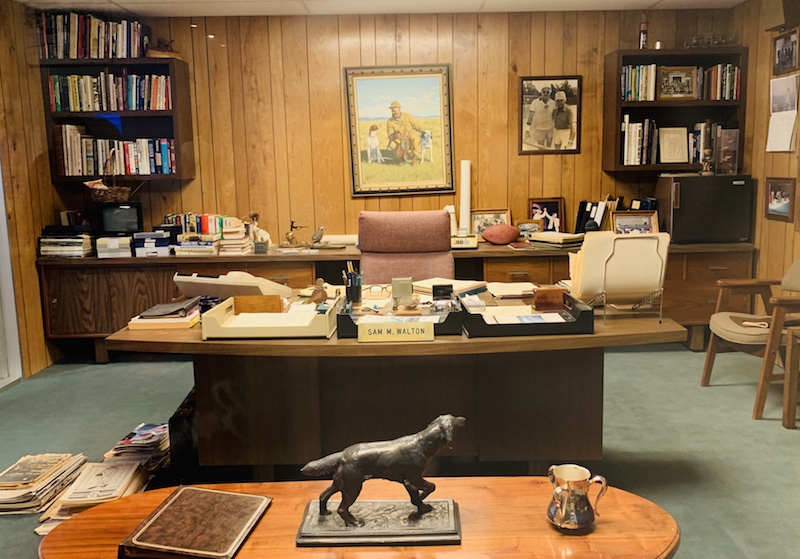 4. Check out the returned items

We also enjoyed this wall of returned items. Walmart prides itself on customer service and Sam Walton believed that there is only one boss — the customer. One wall has some unique items that Walmart accepted for exchange or reimbursement. The thermometer “didn’t tell the right time,” the fishing pole “didn’t catch fish,” and the thermos (that was made before Walmart even existed) apparently “broke.” 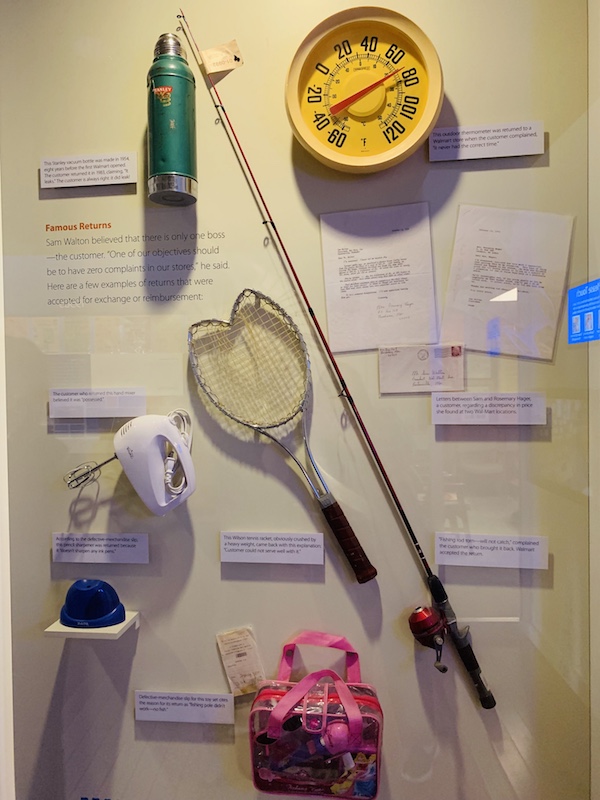 Be sure to get your picture taken at the fun photo stop in the museum. You can pick from a variety of Walmart-themed backgrounds and even share your photo on social media. Don’t forget to add the hashtag #ShareYourSpark. If you didn’t know, the Walmart spark is the yellow icon you used and associated with the Walmart brand. According to its website, it’s a symbol of the spark was the inspiration Sam Walton had when he opened his very first store. He wanted something to symbolize of all of the great ideas employees have had that helped develop the company over the years. And It’s a symbol of the inspiration that’s inside all of us. 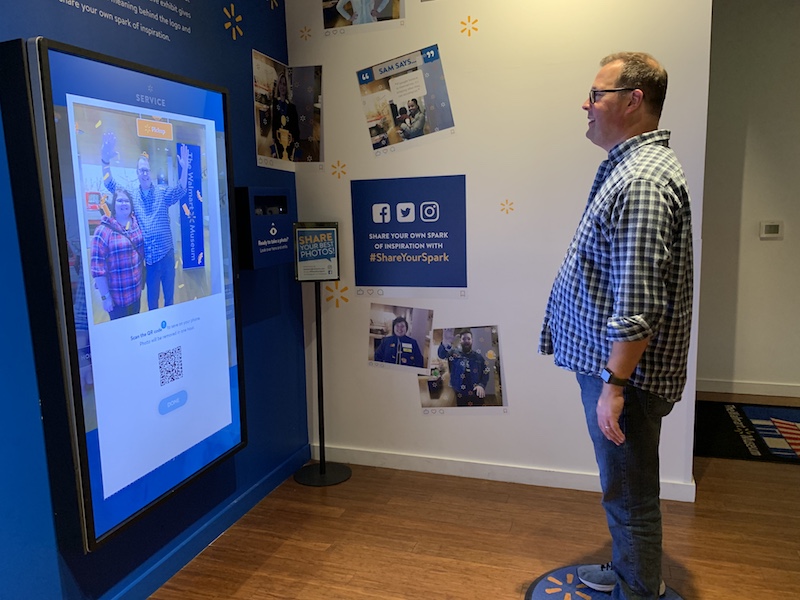 6. Take a picture of the buttons

Speaking of photos, just behind a wall near the photo stop you’ll find a display of more than 1,000 buttons and lapel pins worn on the smocks and vests of Walmart employees for decades. It’s easy to miss, so be sure to look for it. And, see if you can find the pin that has Walmart CEO Doug McMillion’s face covered in ketchup. There are a total of 1,807 buttons and lapel pins in the exhibit and they make a great photo memory. 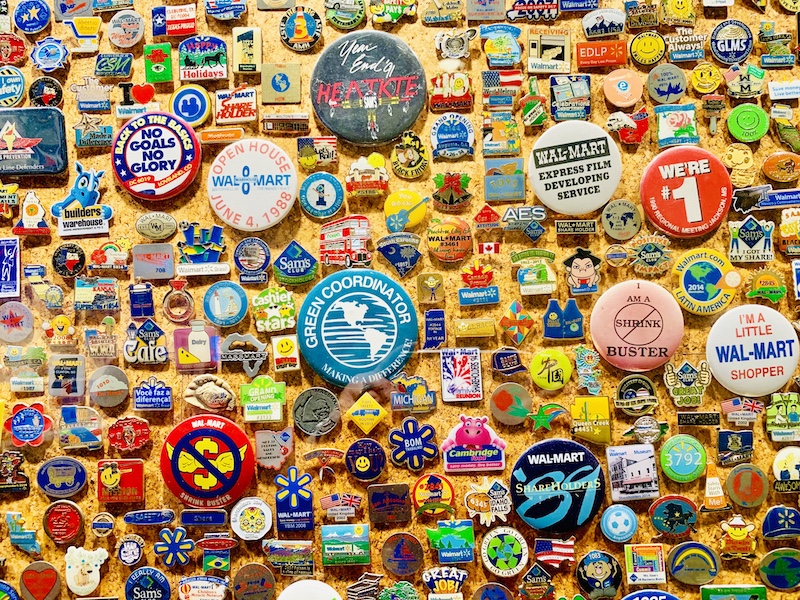 7. Look for the chew marks

The 1979 Ford F150 pickup parked in front of the 5&10 is actually a replica of Sam Walton’s pickup. The Walmart Museum website says the truck outside is used for parades, grand openings and special events. However, Sam actually drove the truck that’s located inside the museum. 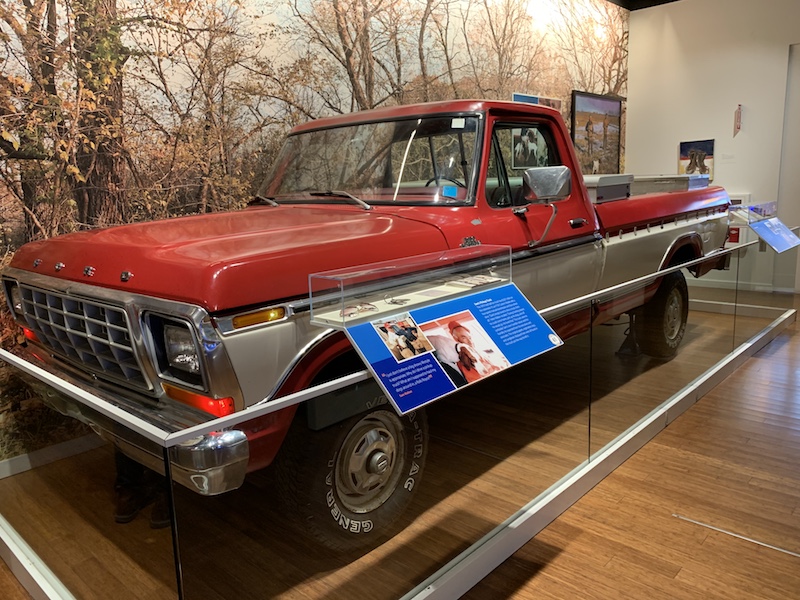 Sam purchased the Ford F150 Custom Model in 1979 and drove it for years as a testament to his humility. As the story goes, Sam would leave his dog, Ol’ Roy, in the cab when he was visiting his Walmart stores. The dog passed time chewing on the steering wheel and if you look closely, you can see his chew marks.

8. Try a scoop of Spark Cream

At the end of your museum tour, be sure to stop by the Spark Cafe for a scoop of ice-cream. The blue and yellow colored ice cream is made specially for The Walmart Museum and it’s delicious. The cafe serves Yarnell’s Ice Cream, which was the first ice cream Sam sold. It is said that his favorite flavor was butter pecan. Following WalMart’s practices, even the ice cream in the cafe is priced right. This scoop was just $0.99! 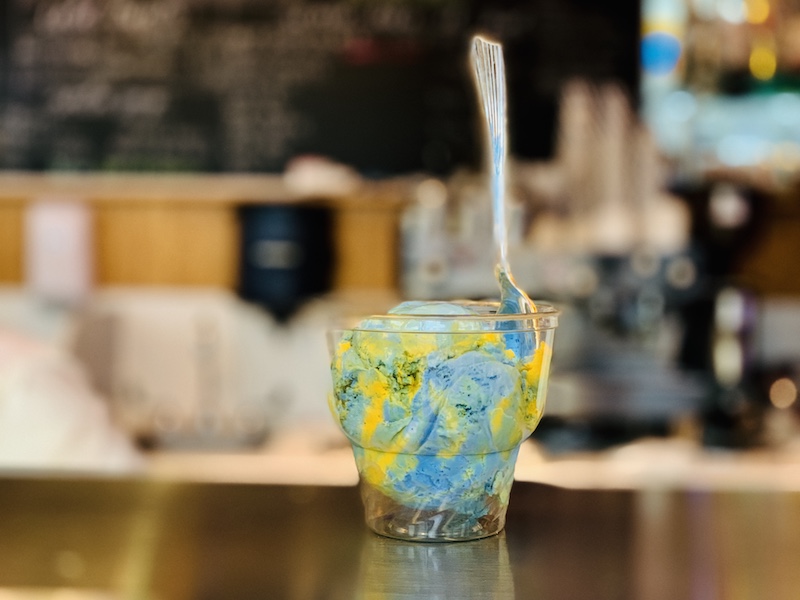 We hope these tips are useful for your visit to The Walmart Museum in Bentonville. For even more travel tips and inspiration, just send us your email through the form below.