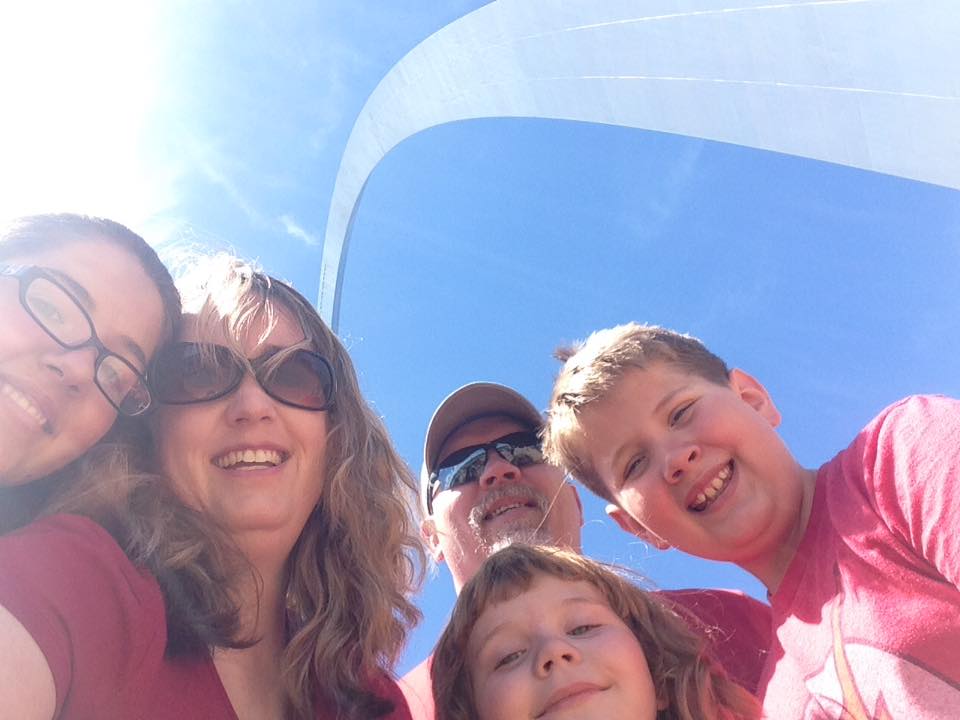 We are so impressed by our friends, Matt and Jennene Anderson, who still take their three kids on old-school family vacations. You know the ones – where you load the kids in the family truckster and drive across the country to explore new cities, visit National Parks, learn about history, and try not to make anyone cry. 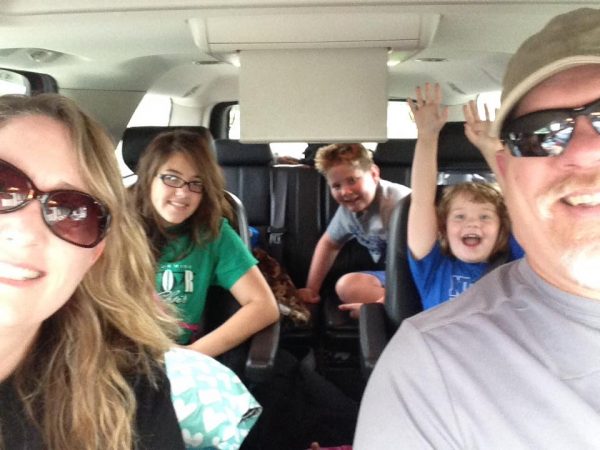 The Anderson family sets out on a road trip in summer 2016.

Last summer, the Andersons reviewed their travel map and decided they’d explore some of the southern states they had not yet seen.

The Anderson family colors in states they’ve been to after each trip. This is what their map looked like before their summer trip in 2016.

They sent us several postcards from their road trip, including the first postcard from the iconic Gateway Arch in St. Louis, Missouri. The Jefferson National Expansion Memorial is a National Park Service unit authorized in 1935 to commemorate St. Louis’s role in the westward expansion of the United States during the 19th century. 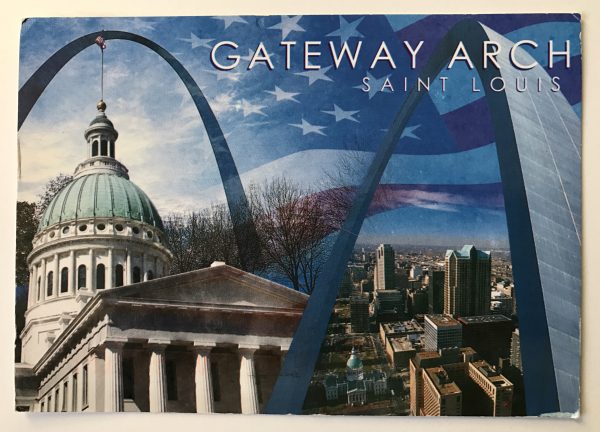 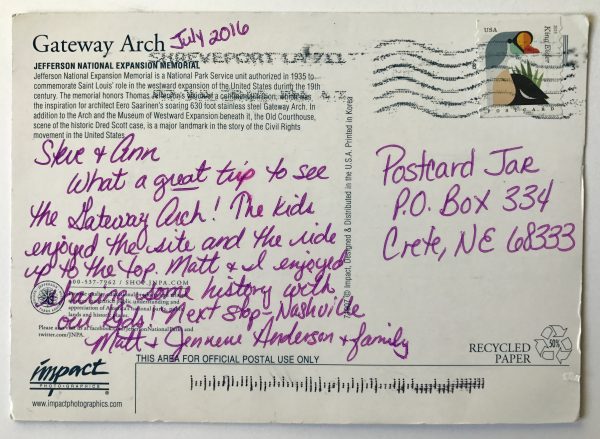 In addition to the 630-foot stainless steel Gateway Arch, the site also includes a Museum of Westward Expansion and the Old Courthouse, scene of the Dred Scott case, which is a major landmark in the story of the Civil Rights movement in the United States.

Next, the Anderson family sent us a postcard from the Grand Ole Opry in Nashville, Tennessee. 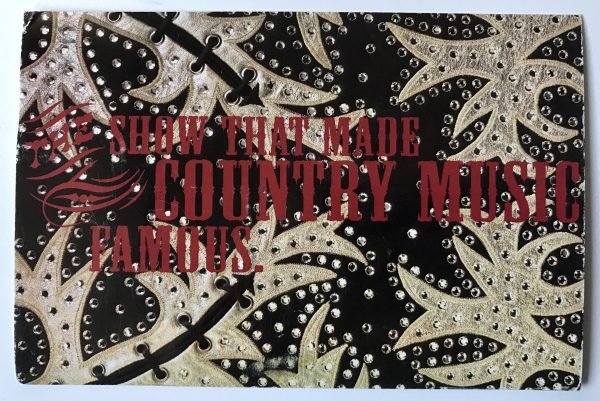 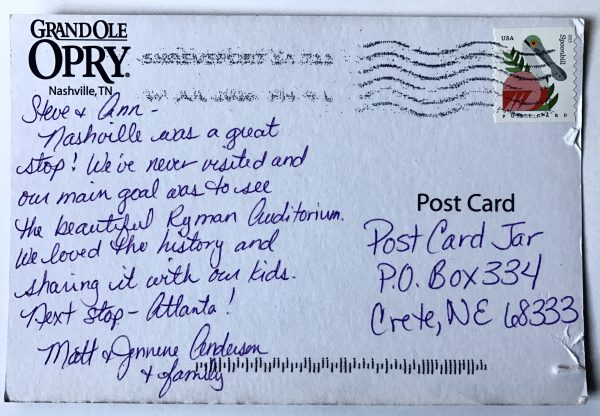 They had never been to Nashville before and were so excited to see the historic Ryman Auditorium. The family’s next stop was Atlanta, Georgia, where they caught up with some friends and visited the Georgia Aquarium. 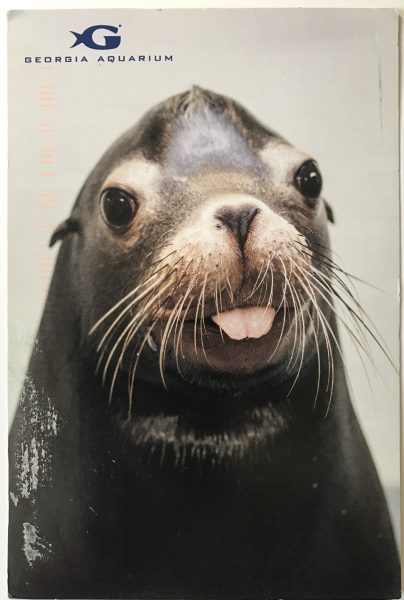 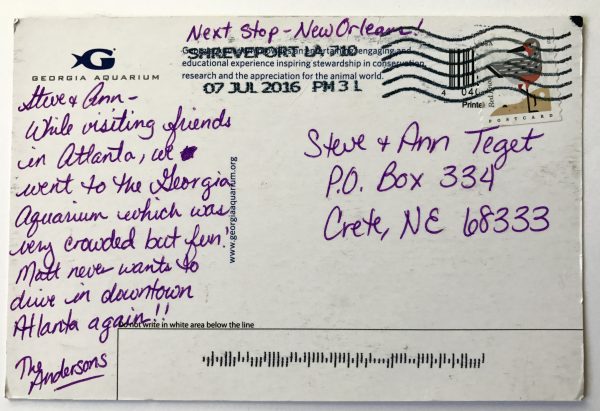 They wrote that Matt was not a fan of the traffic in Atlanta, which is understandable, considering his daily commute to work in Nebraska is approximately  two minutes.

The last stop on the Andersons’ adventure through the south was Bourbon Street in New Orleans — or what their youngest, Grace, referred to “crazy street.” 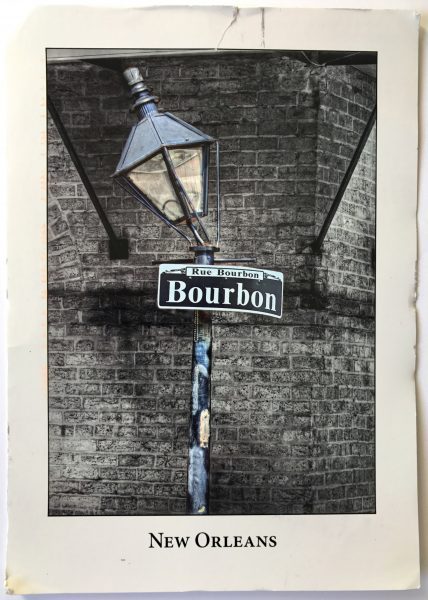 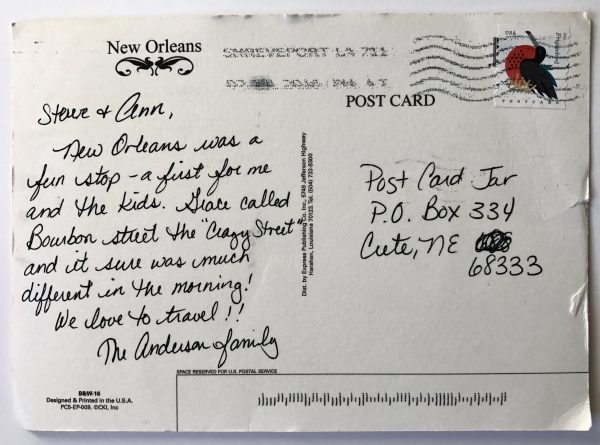 This summer, the Andersons are exploring the Mountain West and we are hoping they send us some more postcards. We have to say, it is so refreshing to see families who still take vacations like these. It really demonstrates that you don’t have to book plane tickets, visit amusement parks, or jet off to a tropical resort to have a great time together.

Matt and Jennene are both great teachers in our public schools here in Crete, Nebraska (Matt teaches high school science and Jennene is a middle school music teacher). We’re even more impressed by the incredible lessons they are teaching their own children about the history of our country,  the value of exploring new places and things, and the joy of spending quality time together as a family.