Several years ago, our family of three started taking annual “Sine Die Adventures.” [Read more about how the name came about here.] The first year, I had no idea where we were going until we got to the airport and was thrilled to travel to Chicago and essentially, have the entire city to ourselves. [Read more about that here.] Here is the video of Steve learning where we were going:

For our 2nd Annual Sine Die Adventure, our daughter Meghan and I planned the trip for Steve and he was blown away when we announced at the airport that we were going to be traveling to Nashville, Tenn., where we would tour the Music City on a Segway, attend the K-LOVE Fan Awards, and  meet Duck Dynasty’s Phil, Kay, Jase, and Missy Robertson. While Steve’s music interests span from Mozart to Les Mis and Santana to Tom Leher, for the past few years, he’s really gotten into country music, so Nashville was a perfect destination for our Sine Die Adventure. He had also been watching A&E’s Duck Dynasty and had mentioned more than once that, someday, he’d like to met the family patriarch, Phil Robertson. After we booked plane tickets, I heard on the radio that Phil Robertson and other family members would be hosting a Christian radio awards show in Nashville the weekend we had already planned to be there. Perfect! 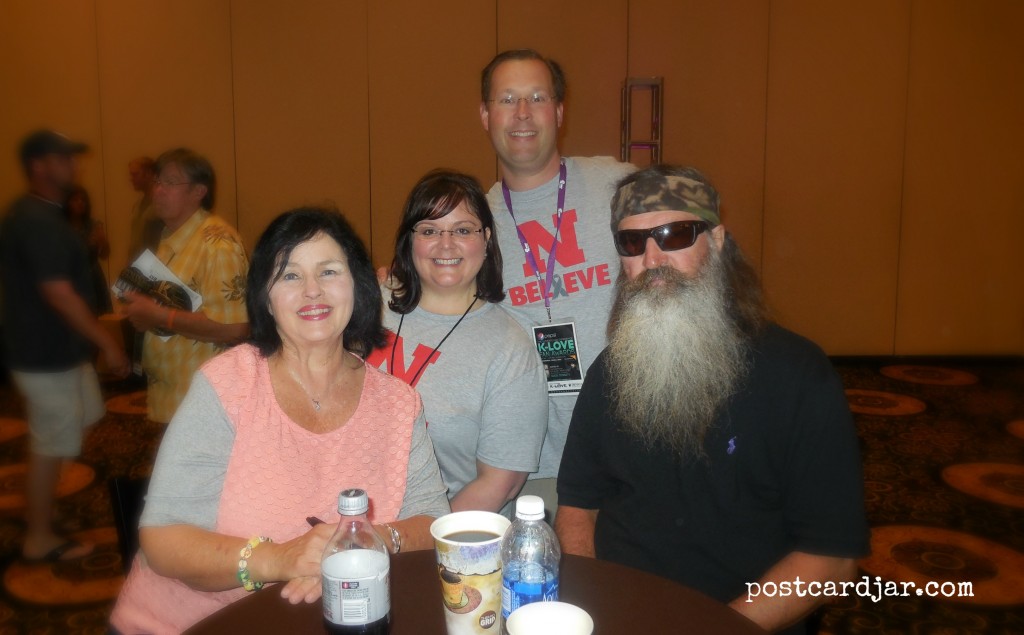 Just hangin’ out with the Robertsons.

We gave Steve a local weather forecast for our destination the day before we left and he packed his bag with absolutely no knowledge of where we were going. Once inside Eppley Airport in Omaha, we told him the destination and little bit about our itinerary and let’s just say, he was pretty excited. 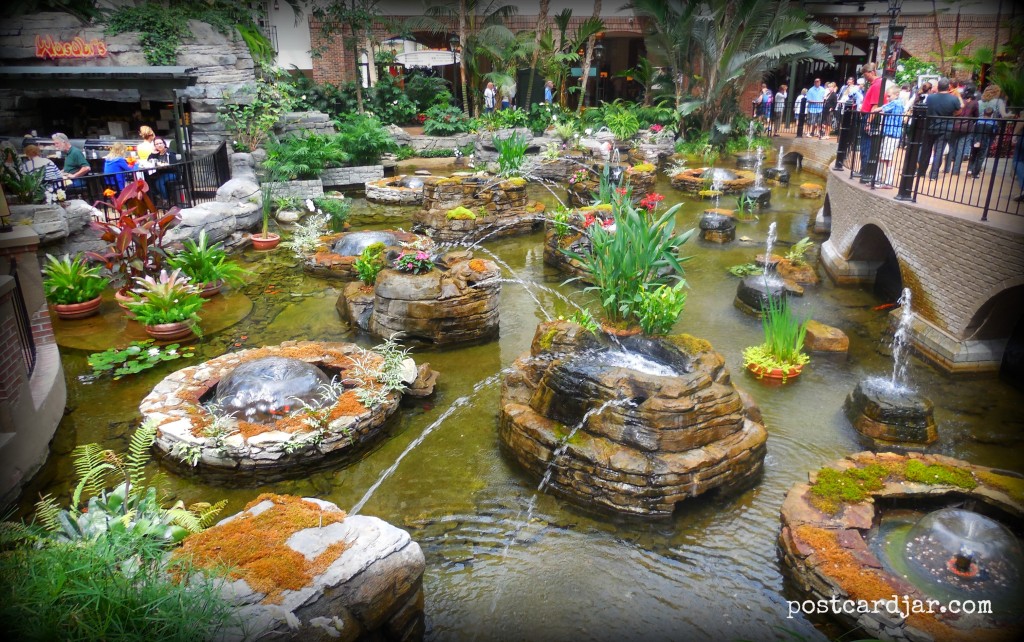 One of the amazing indoor gardens at the Gaylord Opryland Hotel in Nashville.

We stayed at the Gaylord Opryland Resort which was an amazing hotel with comfortable rooms, incredible indoor gardens, and lots to see and do. We went on our first-ever Segway tour and I can’t believe I waited to so long to try the two-wheeled wonder. Steve had always wanted to try them, but I had resisted. Let me just say, Segways are a blast! We were able to see so much of the city in so little time. The Segways were super easy to operate, even for someone pretty accident prone like me. 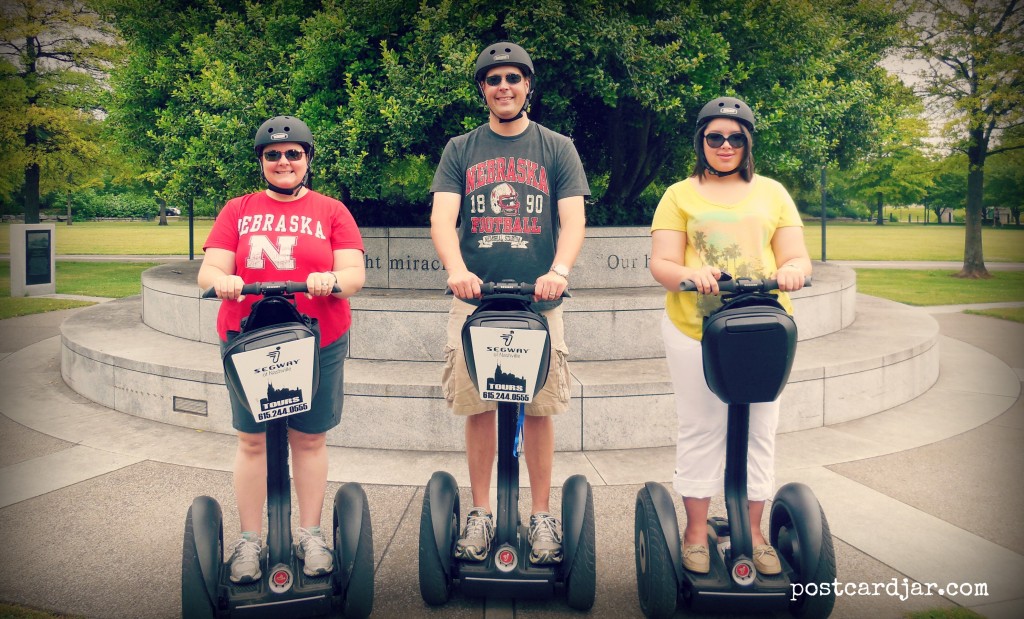 Next, we toured the historic Ryman Auditorium. Opened in 1892 as the Union Gospel Tabernacle, Ryman Auditorium was built through the efforts of steamboat shipping magnate, Thomas G. Ryman. The Victorian tabernacle had no air conditioning or dressing rooms, but the Opry fit the Ryman beautifully. The show broadcast from the venue, which came to be known as the “Mother Church of Country Music,” until March 15, 1974. 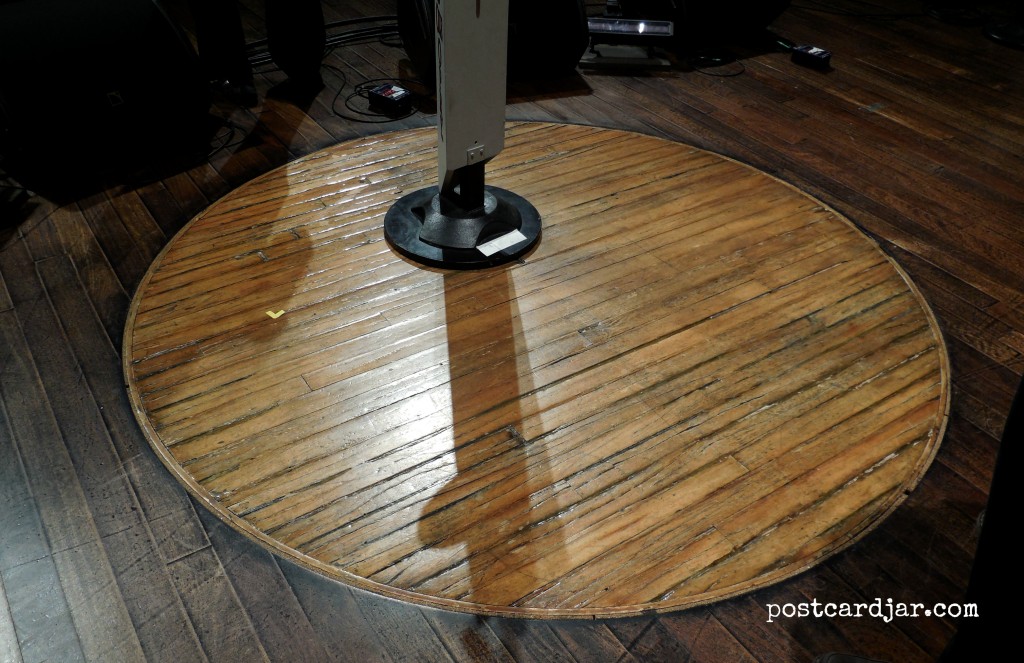 Part of the original stage (the circle) at the Ryman Auditorium was cut out and placed center stage at the new Grand Ole Opry. It was amazing to think about all of the country music artists who had performed in that very spot.

We sat in the “church” pews, looked at museum-type displays and were even able to stand on the stage where some of our favorite country music artists (including Jim Ed Brown, Loretta Lynn, Garth Brooks, and Trisha Yearwood) once stood.

After our tour, we had lunch at Merchant’s Restaraunt where Steve was especially excited to try the duck fat tater tots. 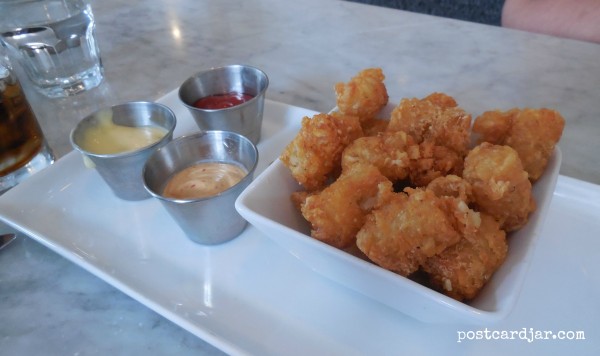 That night, we went to the Grand Ole Opry where we saw an incredible lineup of country music artists perform, including Riders in the Sky, the late Jim Ed Brown, Vince Gill, and Amy Grant.

After the show, we took a backstage tour and that fantastic. It was fun to see the dressing rooms and get to stand centerstage. 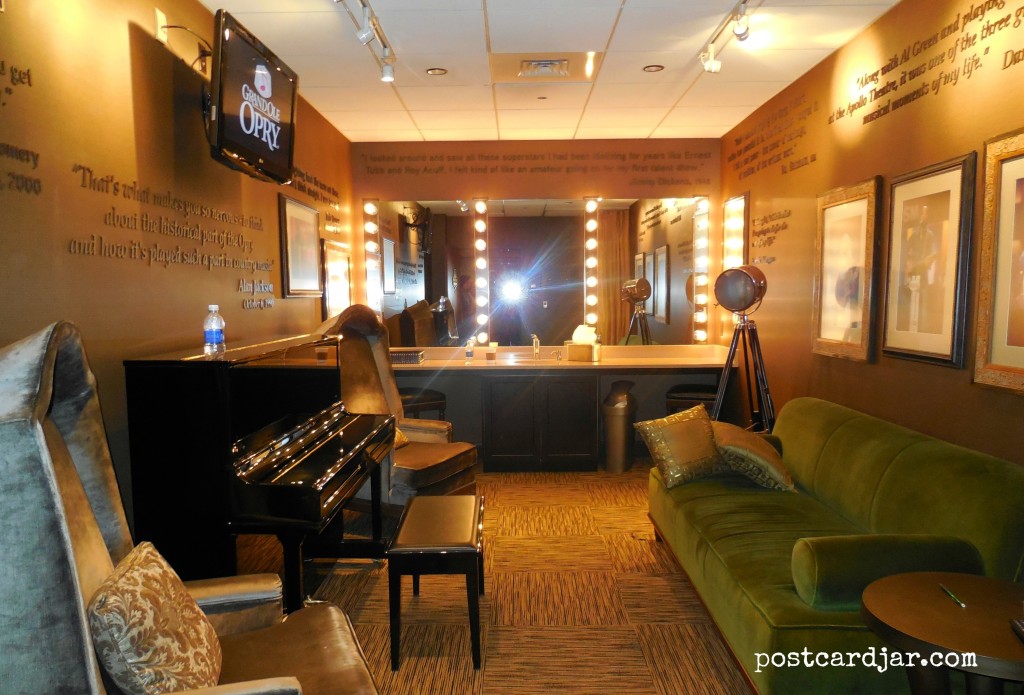 One of the dressing rooms at the Grand Ole Opry.

The next day, we took part in all of the K-LOVE Fan Awards activities which were a lot of fun. We got meet lots of Christian music artists in a very casual setting and we all collected autographs that we later donated to a non-profit organization’s silent auction fundraiser back home. 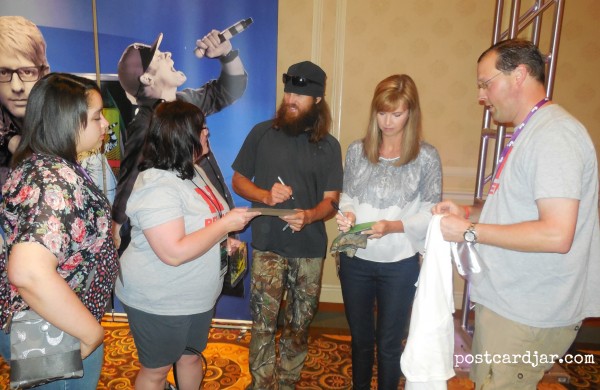 Getting autographs from Jase and Missy Robertson. Super sweet people.

That night, we got all dressed up and arrived at the venue early to see the artists on the red carpet before the K-LOVE Fan Awards Show at the Ryman Auditorium. 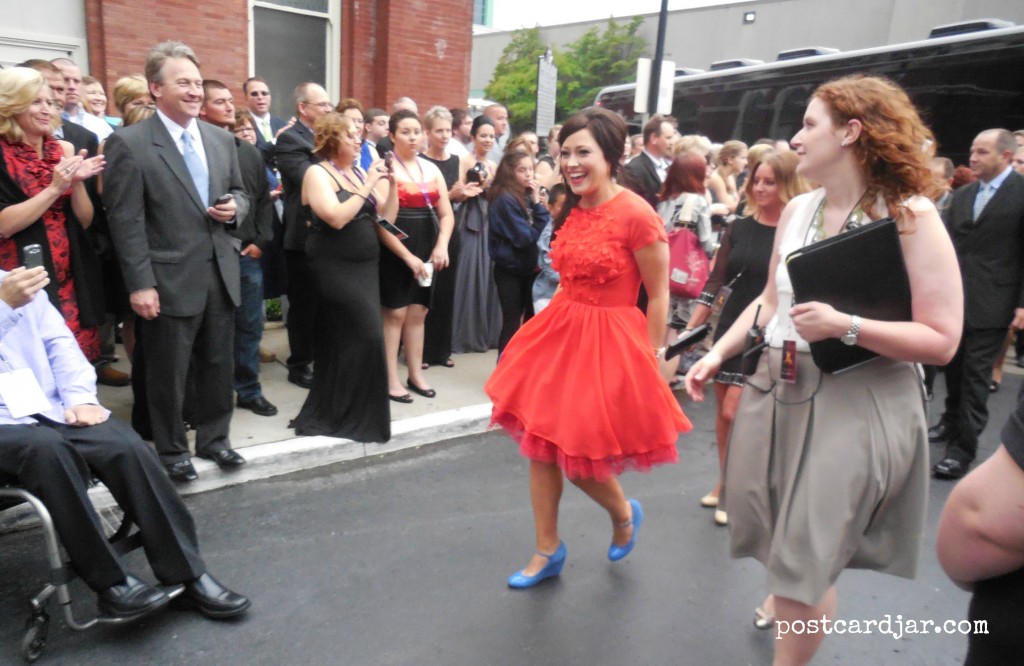 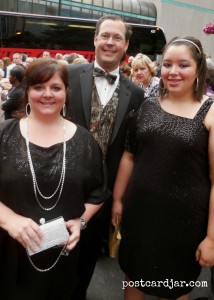 Waiting for the Christian Music artists to arrive on the red carpet before the K-LOVE Music Awards.

One of my other surprises for Steve was that I had not only managed to pack his tuxedo without him noticing, but I also had rented a camouflage tie and vest for him, since the stars of Duck Dynasty were hosting the show. He loved it, and I just say, he looked fantastic in his formal attire.

The show was amazing. I think we saw about 30 live performances, and all of our favorites were there — For King and Country, Natalie Grant, Tenth Avenue North, Meredith Andrews, Matthew West, Kari Jobe, and Big Daddy Weave.

The long weekend was over way too soon and we all wished we had more time in Nashville. Let me tell y’all, this was one place we will definitely visit again.