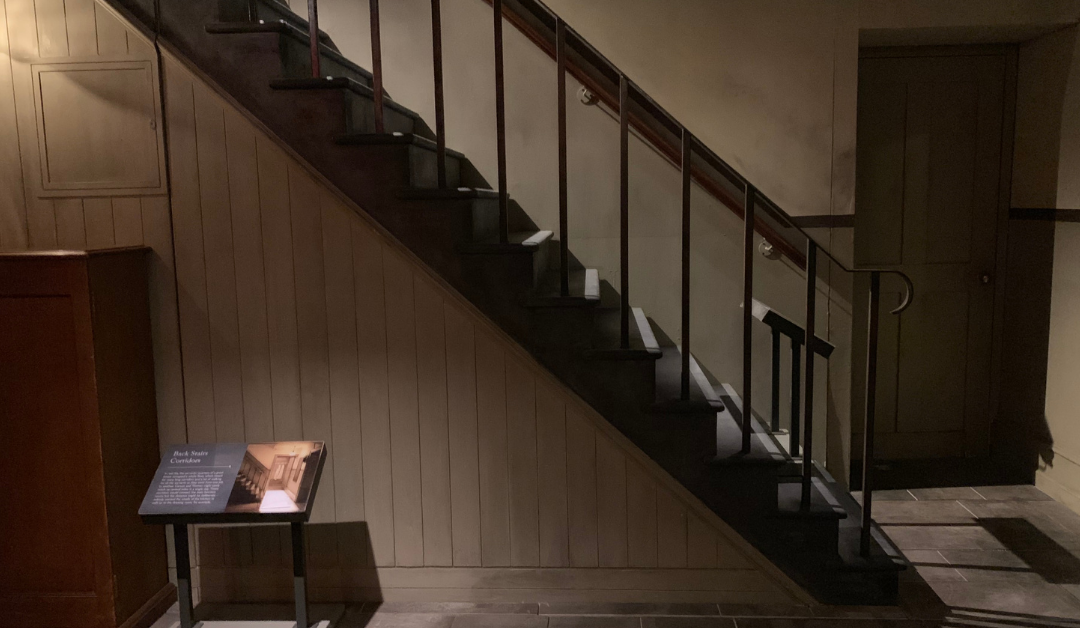 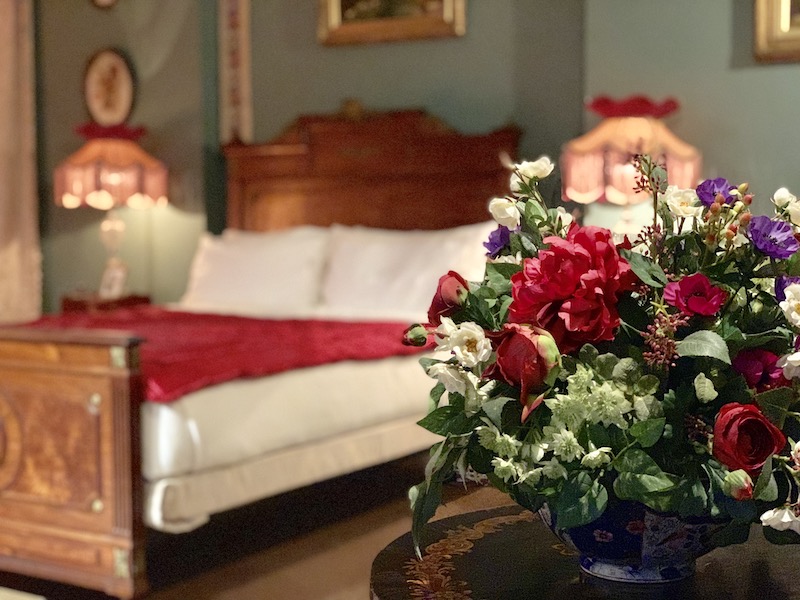 Huge Downton Abbey fans, we took our time walking through the exhibits. We quickly found ourselves oohing and aahing at the dresses worn by Lady Mary and her sisters. We also saw the work uniforms worn by servants like Mr. Carson and Daisy. Experiencing the history of the popular and award-winning series made us feel what it would be like to to live or work in the house.

Below is a photo gallery of what we saw in the exhibition. If you ever have an opportunity to see this exhibition, we highly recommend you go! Note: Our admission to Downton Abbey The Exhibition was complimentary, but opinions expressed are our own.

The dresses in Downton Abbey The Exhibition

The exhibition included dozens of the dresses worn in the Downton Abbey series. While they were gorgeous on our television screen, the detail we saw when we moved closer was just astonishing. We took special notice of how small the gowns appeared. At one point, Steve held a ball point pen next to one for scale. Do you remember the scenes in which your favorite characters wore these dresses? 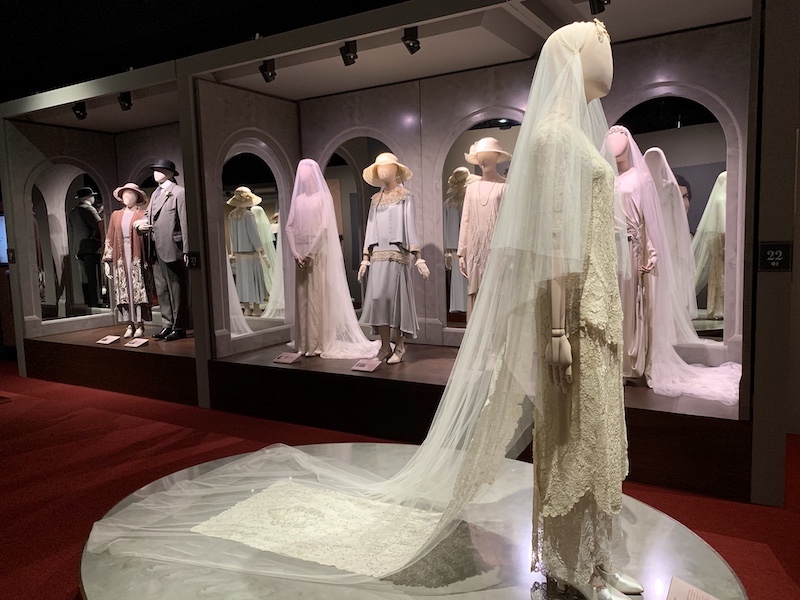 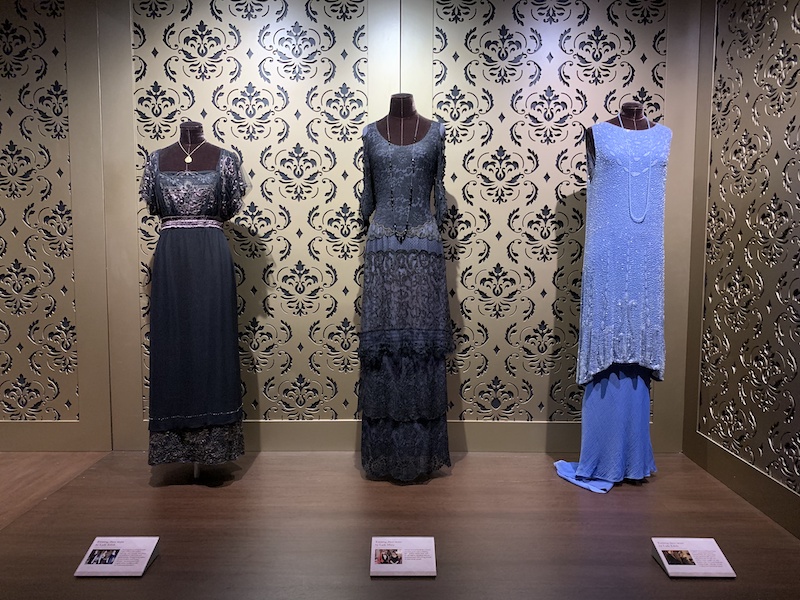 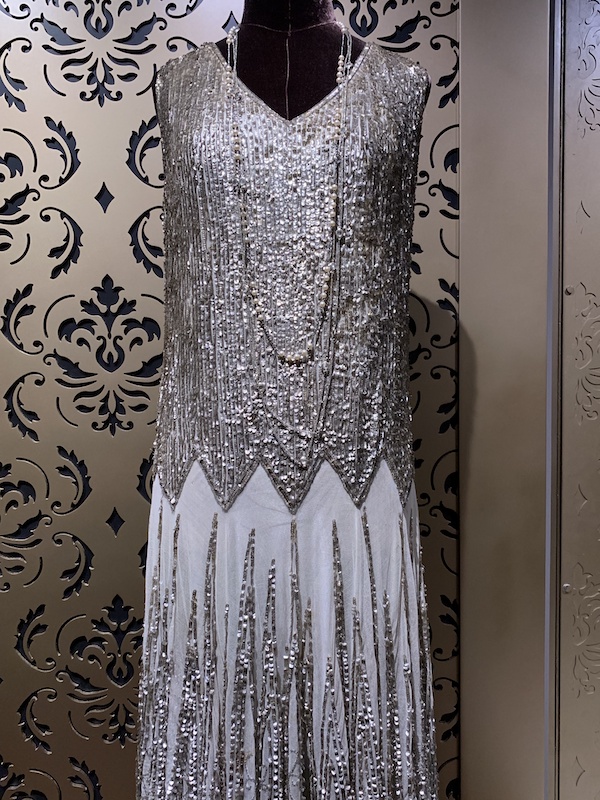 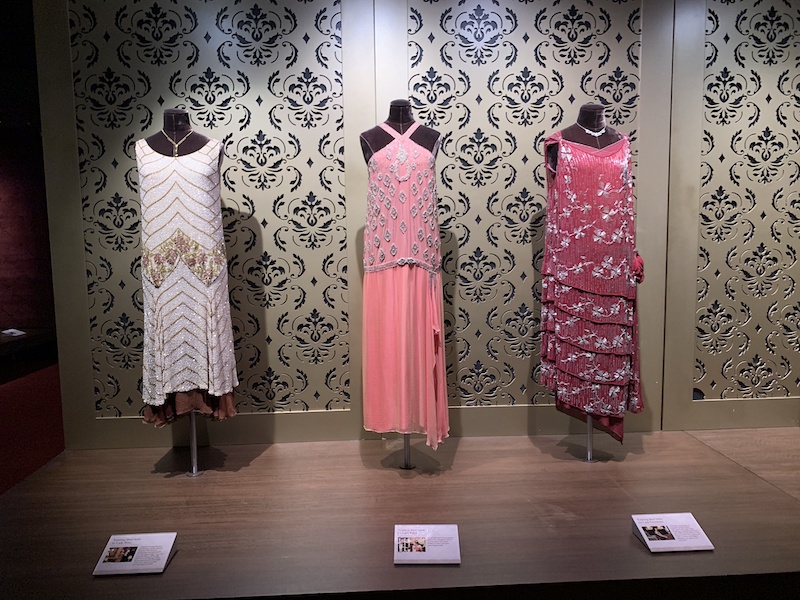 Remember in Season 1 Episode 4 when Lady Sybil decided to redefine fashion and wear pants? Well, her teal blue pantsuit was on display. And yes, it was fabulous! 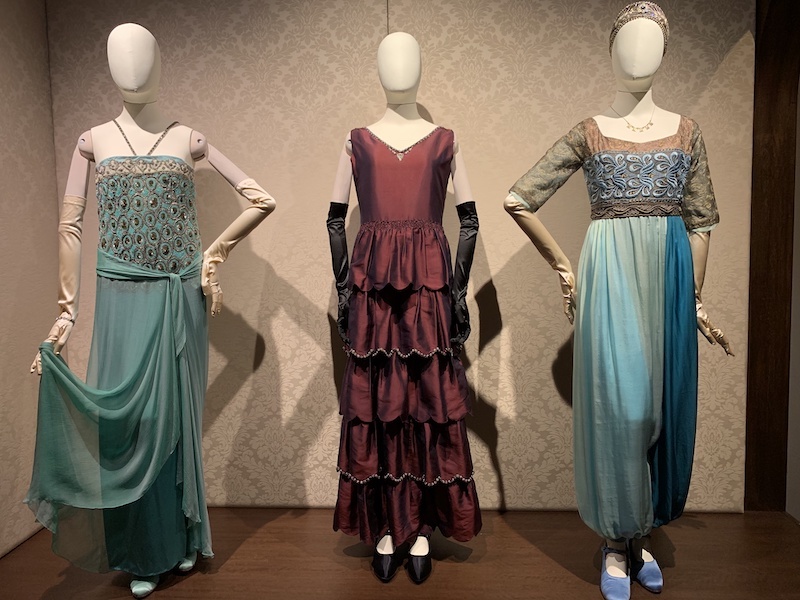 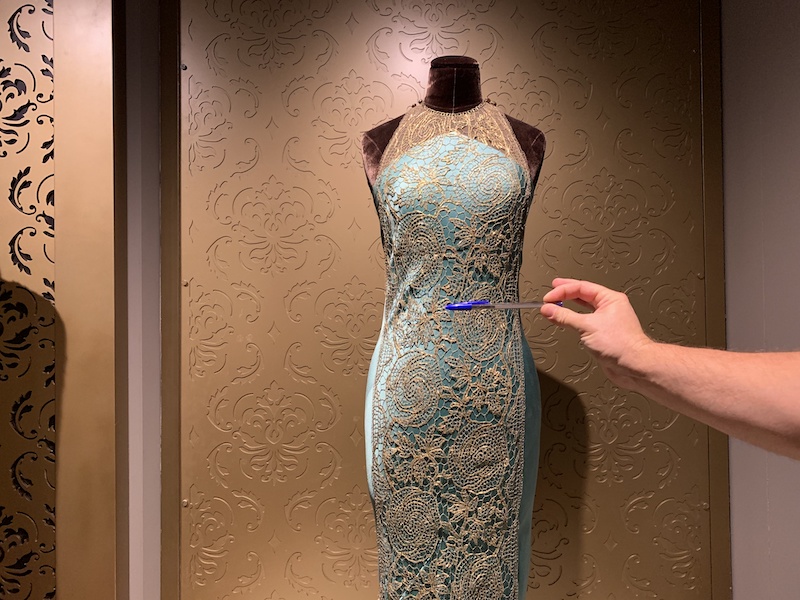 Servants clothing and uniforms from Downton 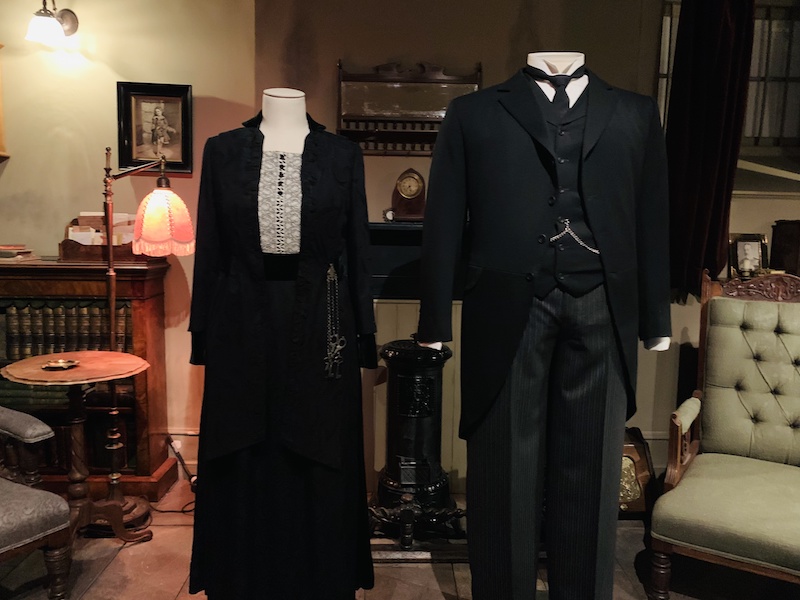 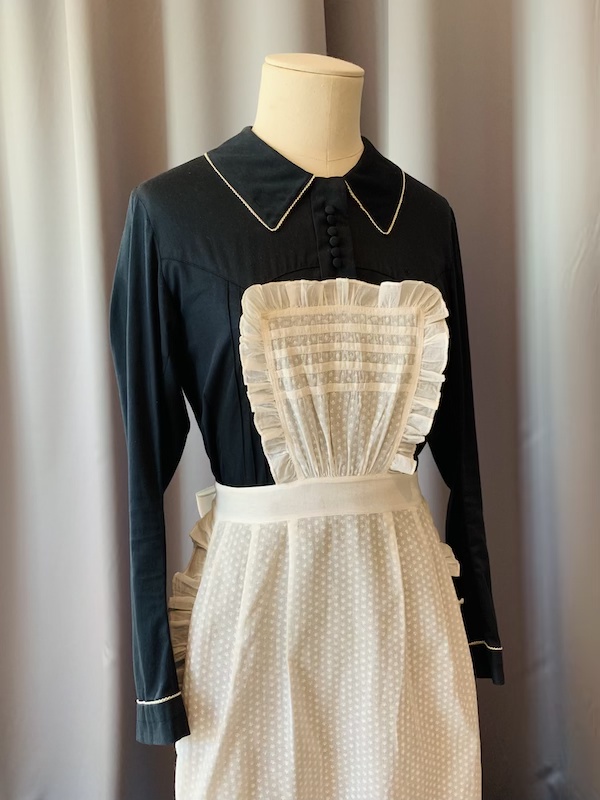 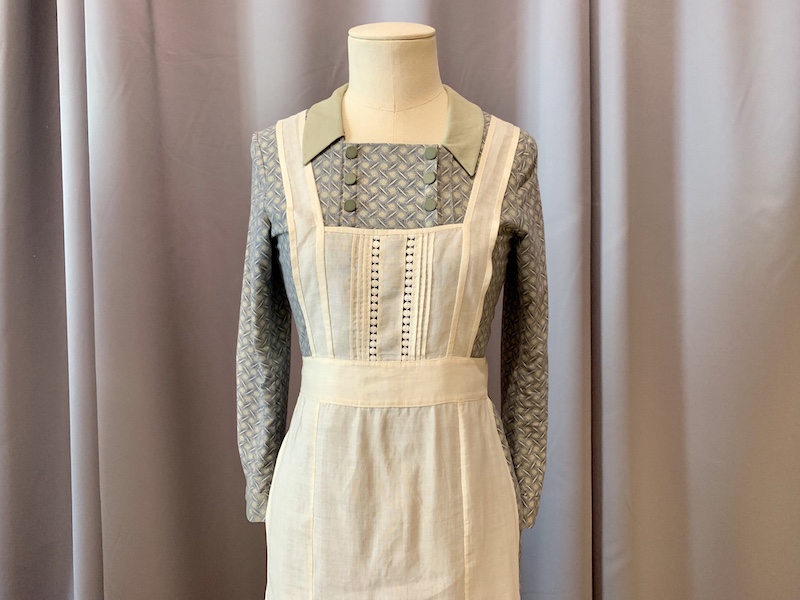 It was fun to remember so many key props from the series, including the small dog toy that Mary gave Matthew when he left for the war. 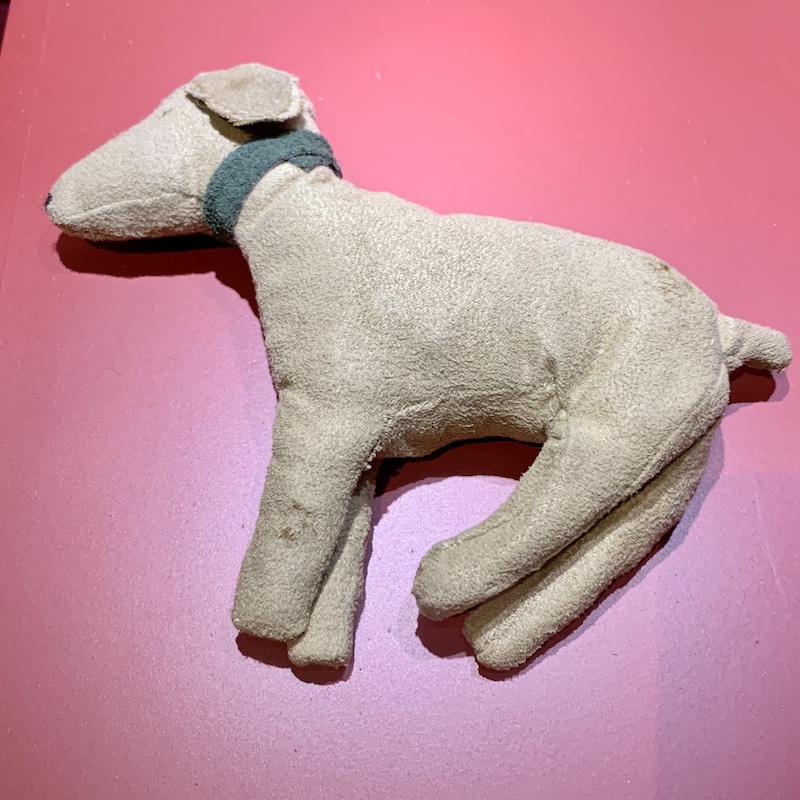 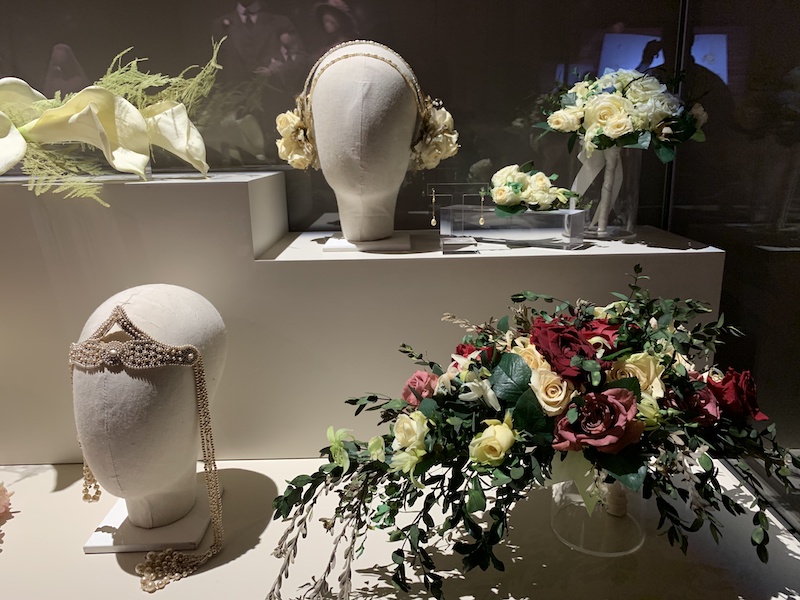 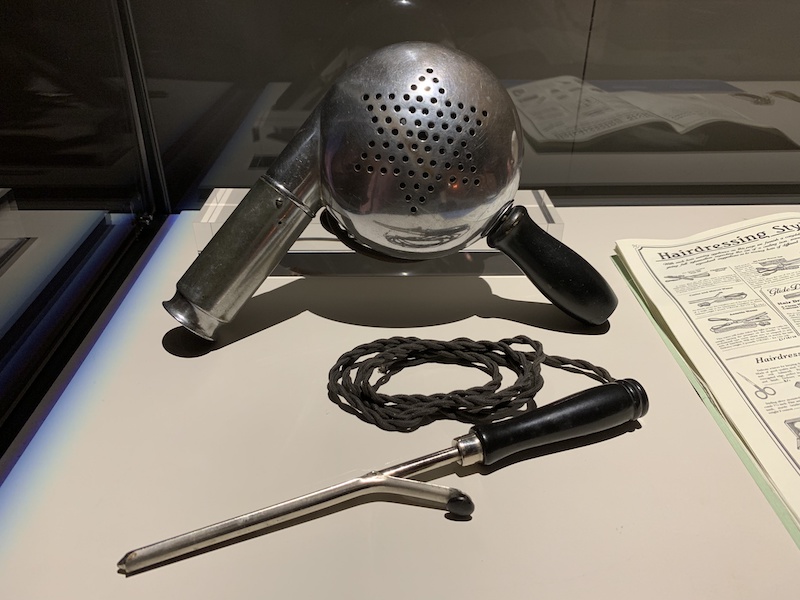 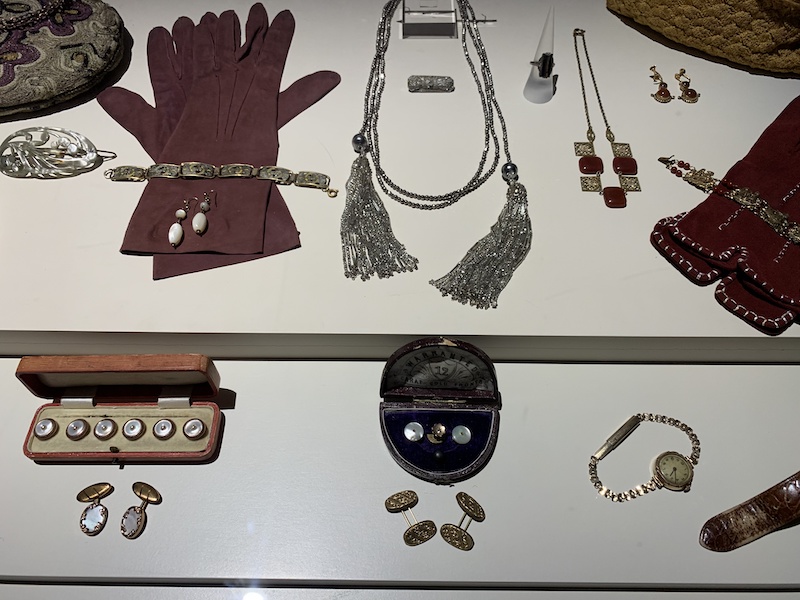 We also enjoyed seeing props like the wall of bells used to ring the servants and of course, the important dressing gong. 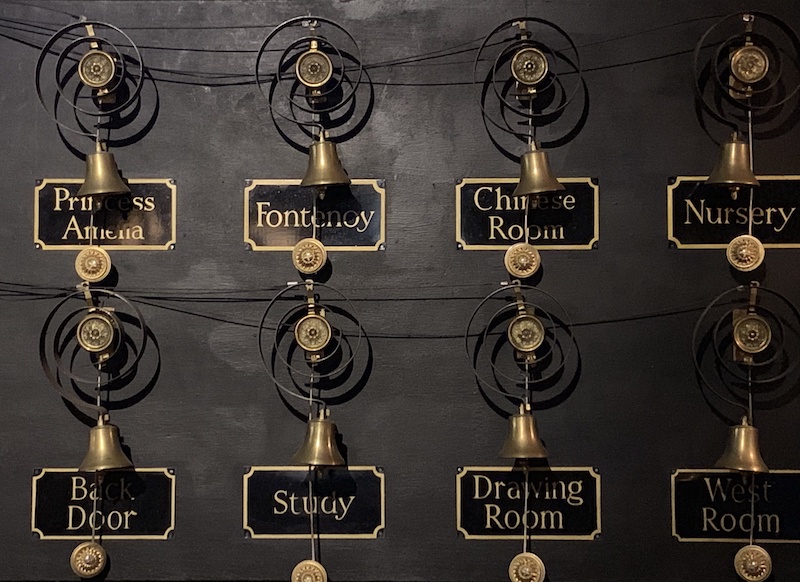 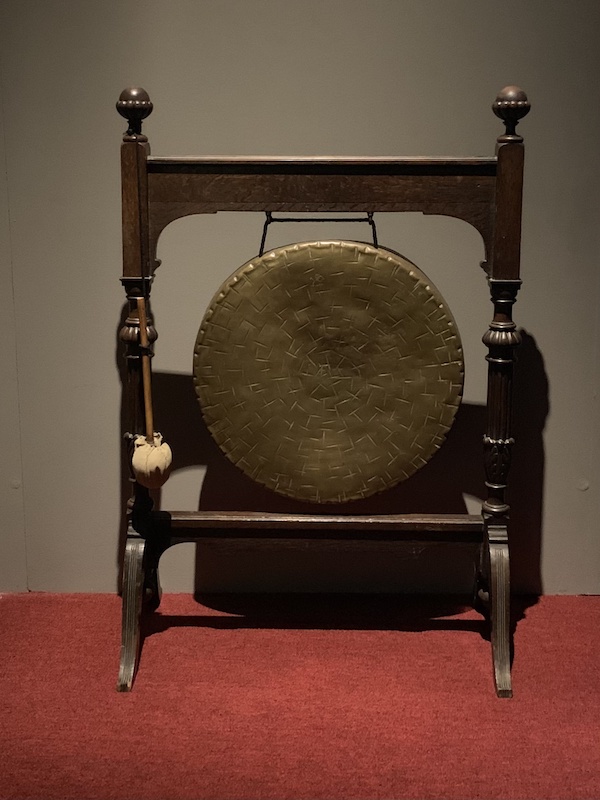 Rooms at Downton Abbey The Exhibition

The exhibition featured several replicas of rooms from the series, including Lady Mary’s bedroom and the dining room. Elaborate china, silver candlesticks, and even menu cards adorned the table in the dining room. 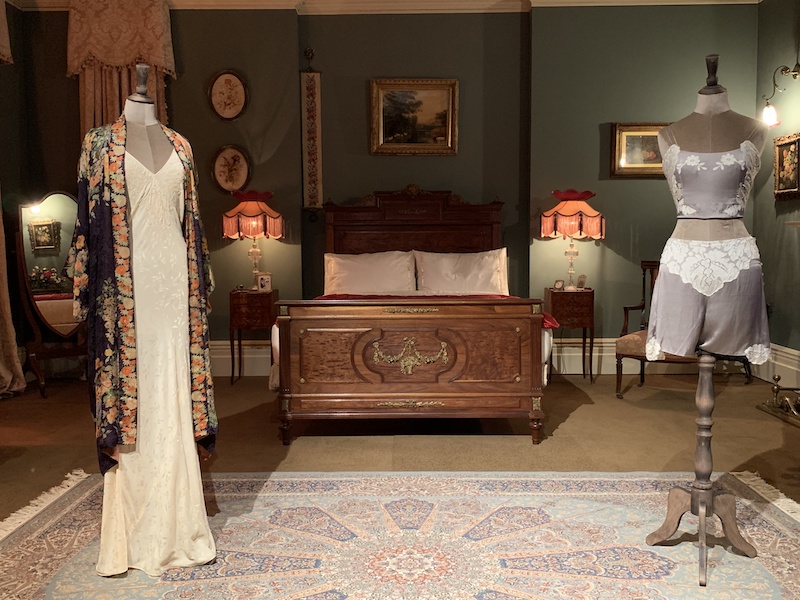 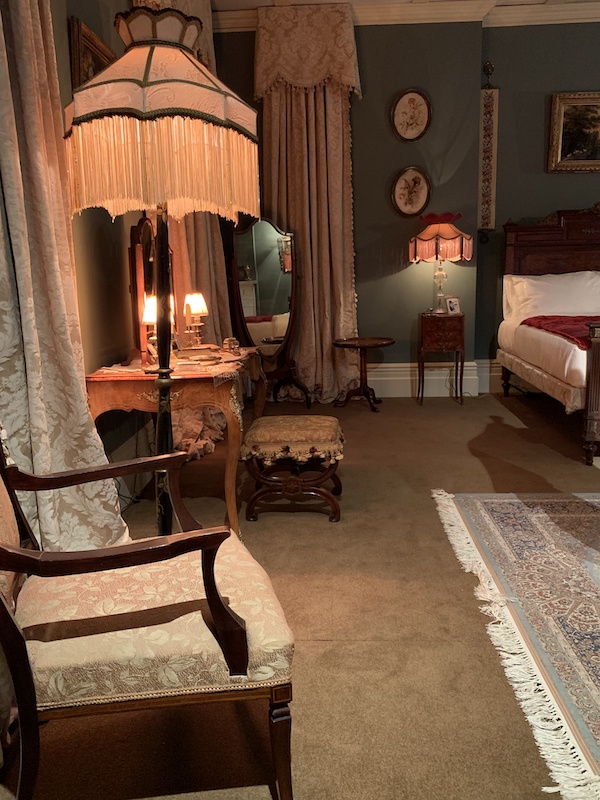 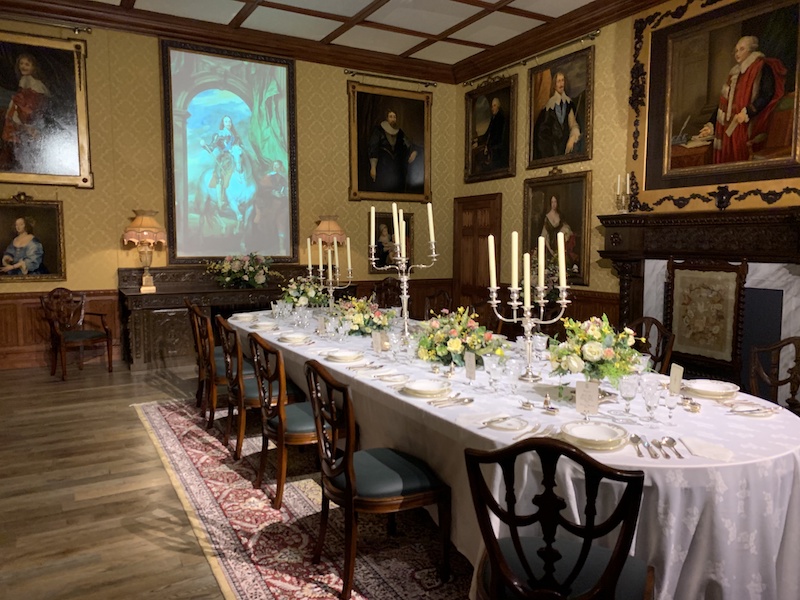 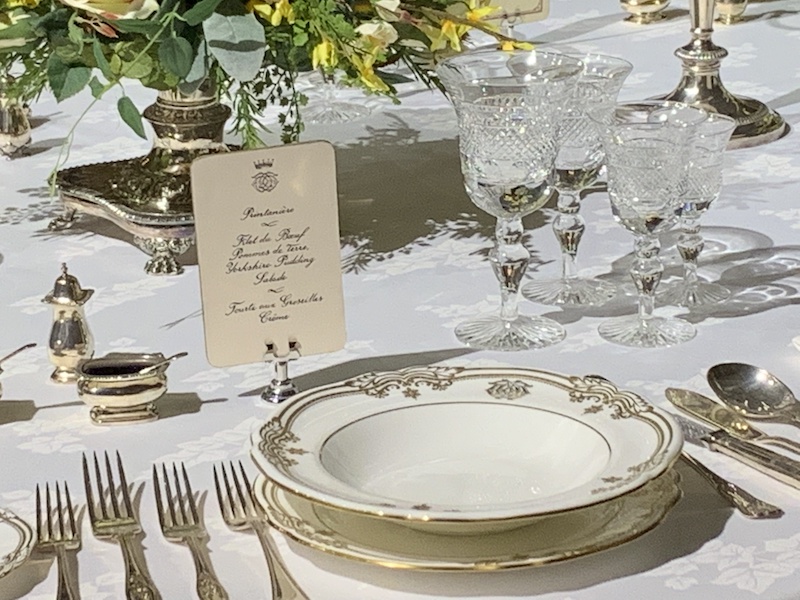 The servants’ working areas, including the kitchen and dining area were also included. We loved imagining Mrs. Patmore and Daisy cooking up a pavlova or pudding there. 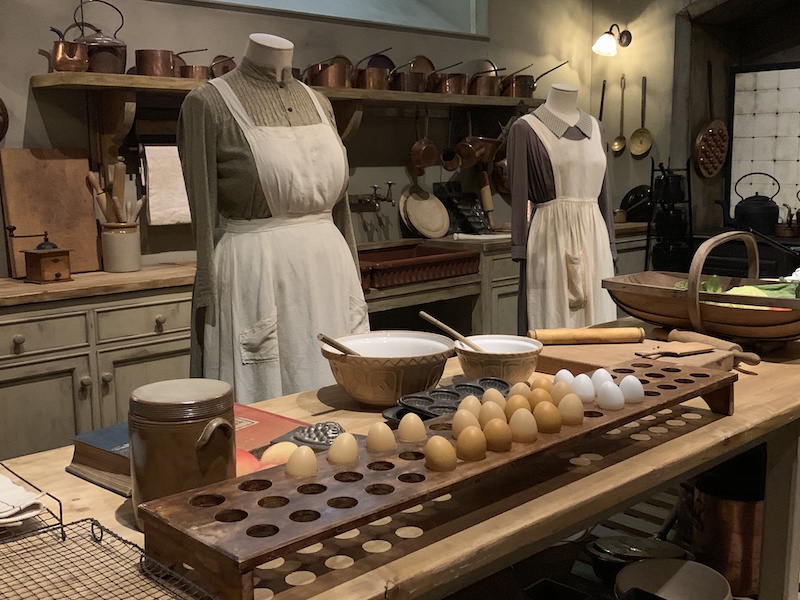 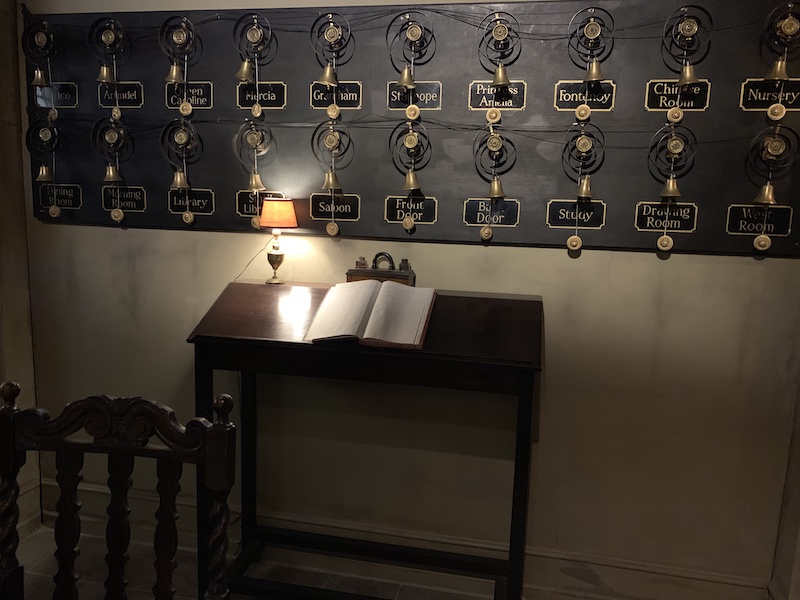 We hope you enjoyed these photos from our visit to the Downton exhibition.

While we received complimentary admission to Downton Abbey The Exhibition, the opinions expressed are our own. For for food, travel, and healthy living inspiration, join us on on social media @postcardjar on Pinterest, Facebook, Instagram, and Twitter.